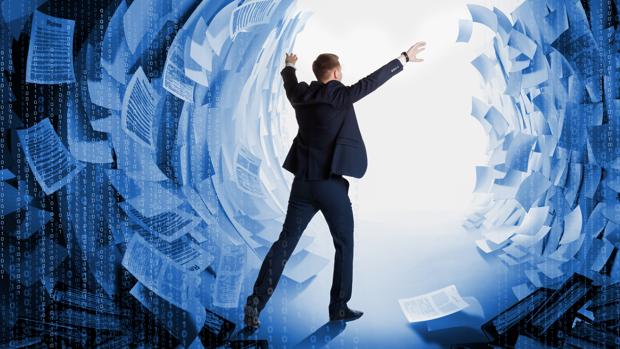 The “compliance” or regulatory compliance, the policies and strategies that companies establish to comply with the current regulatory framework, has already been a decade of great progress in our country, as a result of the reform of the Penal Code of 2010, which recognized for the first Once in our Law the criminal responsibility of legal persons. According to a study carried out by CEOE, Ascom and IEE, 75% of companies in our country already have a compliance system or plan to implement it in the next five years. This internal function of organizations, which encompasses an ethical culture and respect for standards, to avoid harm to both the company itself and third parties, still has a long way to go and more with the continuous challenges that arise, many of them fruit of digitization and technological transformation. Awareness But at least companies have become aware of the multiple benefits of a determined and visible commitment to a culture of “compliance”. They range “from the avoidance of sanctions to the improvement of the working environment, from the trust offered to shareholders to the widest range of clients and suppliers who demand that profile of commitment when hiring, from the prevention of fraud and corruption to the improvement of reputation, and thus a long list of advantages ”, lists Daniel Vaccaro, professor at EAE Business School. The commitment to an environment of regulatory compliance “is bound to be an inseparable ally of business success,” he points out. As Begoña Fernández, Regulatory and Compliance partner at Deloitte Legal, recalls, “there has been exponential progress in terms of regulatory compliance, although in sectors such as finance and pharmaceuticals they have been working for a longer time.” If we analyze the relationship between digitization and “compliance” there are several possible readings. For example, «the pandemic has accelerated the digitization of all sectors and many companies have approached e-commerce for the first time or have accelerated its implementation with a forced leap forward, too many times without properly evaluating the potential implications at the level of data protection ”, remembers Daniel Vaccaro. On the other hand, “there are regulatory phenomena children of social networks, such as the obligation to control the flow of fake news or hate messages, the proper management of which is essential for digital giants such as Facebook or Twitter,” he adds. Begoña Fernández highlights the importance of regulatory compliance being part of the company’s strategy “so that a change is seen in the process.” Remember that when the first “compliance” models were implemented to avoid money laundering, “digitization was carried out through system monitoring tools and even more developed ones. The digital computer support helps risks and controls. It keeps the model alive. There are specific tools to detect, for example, “the authorization of gifts or the risks of third parties, such as suppliers.” For five years, there has been a democratization of compliance also in small and medium-sized companies. “More is being demanded from the partners, from the suppliers, it is already a business issue,” says Fernández. It is clear that the business environment is hyper regulated and will go further in the future. «The exponential growth in the last decade in environmental regulations, online content management (data protection, fake news, hate speech …) or gender equality and parity issues is worth as a sample button. It is an unstoppable reality and it will require greater commitment, means and dedication from any company in any sector ”, indicates the EAE Business School teacher. Talent for the cause As a consequence of the aforementioned legal reform of 2010 and its subsequent evolution in 2015, companies have been aware of the need to have a person responsible for supervising regulatory compliance. The so-called Compliance Officer (compliance officer in Spanish) carries out monitoring, control, implementation, recruitment and notification tasks to the company’s governing bodies. “In 2016 we started to get serious about regulatory compliance and since 2017/2018 we saw that the compliance officer is an interesting profile and increasingly sought after in companies”, explains Julia Suderow, director of the Compliance Officer expert course that teaches Deusto Business School. «This profession is here to stay. New jobs are being created or taken over. This is a highly recommended plus for large companies and all those that work with the Public Administration, ”Suderow clarifies. A figure that is already established in larger companies, and in small companies in some cases its function is performed by a collegiate body. It is a compliance committee that distributes regulatory compliance work among different areas. Scandals and consequences Among the most notorious scandals in regulatory compliance is that of Volkswagen. Oliver Schmidt, head of compliance for this car firm, was the first person arrested for tampering with the diesel engines of millions of drivers in order to hide true nitrogen oxide emissions. The EPA (Environmental Protection Agency) determined that cars emitted up to 40 times more pollution than allowed. Great media impact had the Siemens scandal that broke out in Germany in 2005 with the revelation that the company had paid 1,300 million euros in bribes in the period 1999-2005 to win various contracts in various countries. “Currently Siemens has an important team working on compliance so that something similar does not happen again,” says Julia Suderow. .