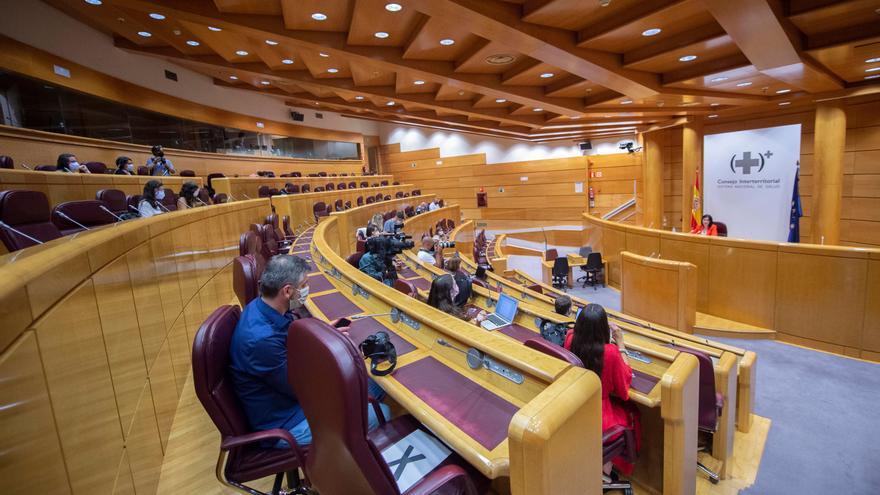 The tension between technicians and politicians has marked their relationship throughout the pandemic. If the first great – and most serious – manifestation of this disagreement was the resignation in May 2020 of the general director of Public Health of the Community of Madrid, which said no to the hasty de-escalation of Isabel Díaz Ayuso, the sixth wave has again uncovered the gap between experts and decision-makers. The former are tired, according to sources consulted, of their recommendations based on scientific evidence meeting resistance from politicians. They complain that the documents emanating from the Alerts Report – a technical body made up of epidemiologists – end up falling on deaf ears in the Public Health Commission.

These weeks at least three events have exposed that gap: the COVID-19 traffic light, approved without restrictions after two proposals from the Alerts Report to limit the hospitality industry that were knocked down; the commitment to the COVID passport against the criteria of the technicians and the recommendation of the Center for Coordination of Health Alerts and Emergencies of “limit” the participants in the Christmas celebrations, which has not had a clear reply from any administration.

The last meeting between Health and the autonomous communities confirmed that there is no intention to approve a joint umbrella of actions –although they are only recommended– to face Christmas at a time of rising infections. Spain clings to speed up the administration of booster doses before the holidays to avoid new limitations and the classic measures with proven effectiveness: indoor ventilation, mask and distance, in addition to avoiding crowds. It must be remembered that, despite the growth trend, the epidemiological situation is very different from that of a year ago. So no one was vaccinated and serum reduces the risk of dying by 25 times in older people.

The only restrictions that have been put in place are more outwards than inwards and respond to the detection of the new omicron variant. They are: the limitation of flights from the southern cone of Africa, as agreed by the 27 of the EU, and the performance of antigen tests on passengers coming from high-risk countries.

“Technicians and politicians have a common goal, to control the pandemic, but political rhythms require presenting news, taking actions with visibility that are not always the most effective,” analyzes Pedro Gullón, epidemiologist and professor at the University of Alcalá de Henares. He gives as an example the COVID passport, “very visible but recommended by almost no one.” It is implanted – or about to be so – in eight communities despite the fact that the Alerts Report warns that it has not been proven to reduce infections and, in addition, it can help to relax the measures indoors due to a feeling of false security.

The issue is complex, Gullón emphasizes, because the rulers –the ultimate decision-makers– have to consider factors that are more alien to the experts, “which go to the evidence.” Going back to restrictions of the past, without going into whether they are essential or not, “politically does not work”, considers the epidemiologist, who links “the greatest despair” that he perceives in his colleagues with the application of measures with “little sense” in terms of public health.

The fracture has been growing internally, without the clash having been publicly staged. Except in Cantabria. The trackers of the General Directorate of Public Health released a statement this week after learning that the regional government was going to do without half the team at the end of the year. “Last month, the Government presented budgets that it presumed were the highest in Health in the history of the Community. If the main tool in the fight against COVID is tracking and this is reduced, where are they being invested? these fantastic budgets? “, question the trackers who are going to be fired in a context of Christmas festivities where family gatherings and social contact increase.

For Celia Díaz, professor of Sociology at the Complutense University of Madrid, the “political game of being aware of what others think and approve” has been present from the beginning. “It seeks to reach consensus and then it is very difficult to adapt it to the political scene,” he observes. Although the common objective “is to achieve the well-being of the citizens,” he adds, “they start from very different ways of understanding this.”

The sociologist also maintains that “you have to measure what efforts you want to ask of a population that is very tired at a time of increased infections” and promote joint actions that prevent the population from seeing the measures as “something Manichean that does not makes sense”.

That will not happen, at least for now, in Spain. The communities strive, each on their own, to obtain the approval of their courts of law to request a vaccination certificate or negative test as a requirement to enter nightlife venues, hotels, gyms or hospitals. It is the only tool, other than vaccination, that is on the table. Except in Madrid, which has ruled out using it and will provide each Madrilenian with a free antigen test during the festivities.