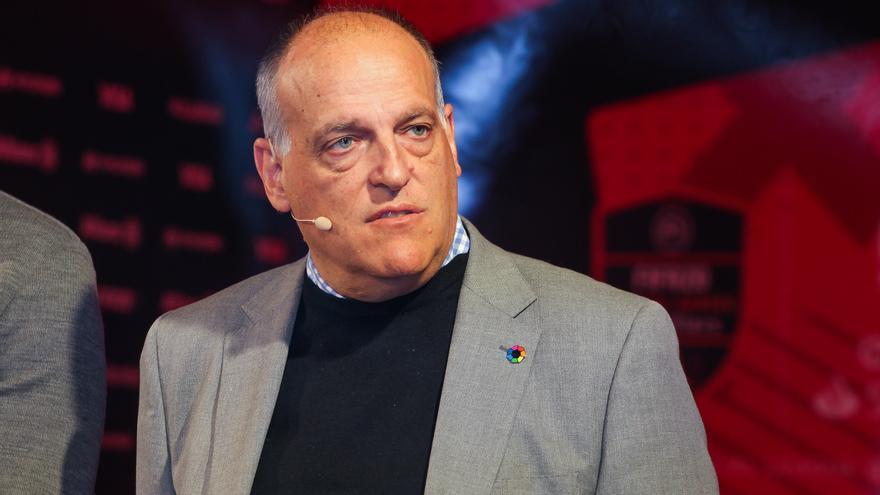 The Professional Soccer League has opened a judicial front with the Ministry of Consumer Affairs by appealing the Gambling Advertising Decree approved by the Executive at the end of 2020 to put an end to the advertising of the betting houses. The decision comes after last summer the entity chaired by Javier Tebas obtained a State guarantee for loans for an amount of 105 million euros and after LaLiga received a "request for information" from the tax authorities on compliance with its tax obligations of the period 2017-2019.

The National Professional Football League is among the many entities that have decided to take advantage of the line of guarantees for financing to companies and freelancers of the Ministry of Economic Affairs and Digital Transformation to alleviate the effects of COVID-19 that it launched in March 2020 to guarantee liquidity to SMEs, freelancers and companies.

According to data from the Ministry of Finance, on August 8 LaLiga received a guarantee from the State for a loan of 70 million euros. The operation was repeated on September 23, with another 35 million guaranteed by the Official Credit Institute (ICO). These lines cover 70% of the amount of the loans.

ICO guarantees are not mentioned in LaLiga's latest annual accounts. These were formulated on August 6, two days before receiving the first of these guarantees, and include the fiscal year ended June 30. In them, the entity points out that a month later, on July 30, "it was notified of the start of tax proceedings referring to the years 2017, 2018 and 2019, by means of a request for information."

The procedure for now "is in an initial phase, not expecting that the result of the same will have a significant effect," explains LaLiga in its accounts, in which it figures at 27,236 million the cost of extraordinary expenses caused by the application of the action protocol against the coronavirus for the return to competition in the concept, fundamentally, of detection tests and displacements.

The amount guaranteed by the State to LaLiga brings the loans that the ICO has guaranteed in recent months to professional football to at least 455 million euros. This sport has seen how the pandemic and the absence of public in the stadiums drastically devalued the value of the broadcasting rights of the competitions, whose centralized management is carried out by LaLiga.

To these 105 million guaranteed to the entity chaired by Javier Tebas, with which elDiario.es tried to contact without success this Wednesday, add the 350 million accumulated by fifteen Spanish teams, of which 78% correspond to the big three, Real Madrid, FC Barcelona and Atlético de Madrid, current champions. Two thirds of the guarantees to the clubs are concentrated by Real Madrid and Barça, with 143.5 and 92 million, respectively. These two clubs reaffirmed this Wednesday, after the opening of a sanctioning file by UEFA, their commitment to the Super League, which Thebes has rejected harshly, to avoid the "inevitable ruin" of football that they intend to "modernize".

LaLiga's decision to appeal the advertising decree has not sat well with the Minister of Consumption, Alberto Garzón, who this Wednesday regretted on his Twitter account that football clubs "put their benefits before the protection of millions of young people from all over the world. country".

LaLiga has joined the appeals that have already been submitted to the rule before the Supreme Court the employers' association of the written press (the Association of Information Media) and Jdigital, the employer association of online gambling, which presented its appeal after hiring a former Gaming CEO as an advisor in the stage of Mariano Rajoy.

The appealed text, which in a first version presented before the pandemic was much less restrictive, was reformulated and toughened after the experience of the temporary ban on game advertising during the confinement, by vetoing 90% of the betting ads restricting them to the early morning hours, without allowing these companies to advertise in sportswear, although with a series of transitory periods to respect the agreements signed in advance of their approval.

In the case of sports club sponsorships, these must be terminated as of August 30, 2021, in line with the observations made on the text by the State Council.

The norm, which appeared among the agreements of the coalition government, was, according to the Minister of Consumption, the response to a "social alarm" that was "justified" given the "extraordinary" expansion of betting in recent years, especially, among the young.

In 2020, the number of people registered in the state registry of people who ask to be banned from playing online broke another record by increasing 12% to more than 56,000 people.

Despite the temporary suspension of sports competitions, online gambling broke new records for turnover and number of players in Spain. Average spending per player rose 18%, to exceed 50 euros per month for the first time. Industry revenue reached 850 million and the number of online players hit another high of 1.48 million.