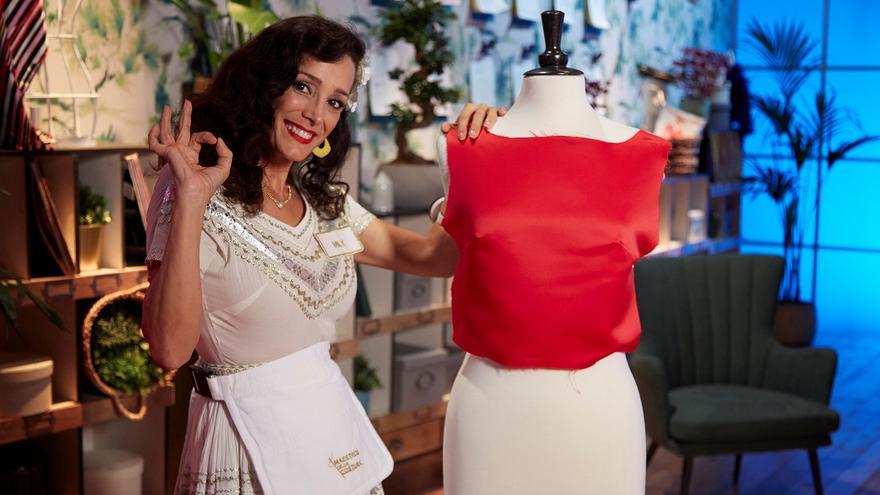 Madrid, Mar 16. (EFE) .- “Maestros de la Costura” opened its doors with the emotion of paying tribute to the health workers, an emotion that grew with the visit of the relatives of the apprentices to the workshop through which children, mothers, wives and grandmothers paraded , which caused a waterfall of tears, even from the judges.

A program in which Mily left the workshop, while Ancor, Yelimar, Laura, Lluís and Gabriel are already facing the semifinal of the contest, after a team test in which Lluís’s anger endorsed the most eschatological moment of his vocabulary.

The usual spark of the designer Vicky Martín Berrocal served as an incentive for the making of a PPE, she that so many made during the first weeks of the pandemic when she saw “that a health worker was trying to help some colleagues to create a gown with plastic bags.”

“It has been the best collection of my life,” said the Victoria designer.

But their collaboration was not unique, many Spanish fashion designers came together to provide material to health workers with a clear objective: to help doctors and nurses protect themselves with masks and gowns.

The apprentices made a PPE together with the family member who visited them in the workshop. A job that Mily and her husband, Roberto, dedicated to their daughter, a nurse by profession, although it was Lluís who won the test.

Although the young Catalan began the night by saying: “It has become clear to me that there are no friends, there are companions in this contest,” after the difficult week that had passed, his harshness completely changed after seeing his mother and grandmother, at which point the one who said “I look super strong to face everything, I am full of energy and happiness.”

The outdoor test was carried out in Angel Schlesser’s workshop, together with its creative director Juan Carlos Mesa, where the contestants had to replicate two party dresses from the winning collection of the latest edition of Mercedes-Benz Fashion Week.

A test in which Gabriel and Lluís lost their composure despite the fact that they played their way to the semifinal; an attitude that spread to the rest of the workshop, which caused a multiple discussion in the middle of the test. “They have disrespected us,” said Yelimar, who usually does not lose his temper, amid the dispute.

“The tension is cut with a knife,” said Raquel Sánchez Silva. And even more so by having to change each group of clothes at the halfway point of the test, in which the winning team benefited from the work of those who had to face the semifinal: Gabriel, Lluís and Mily.

The elimination test consisted of making a garment of lingerie meeting the specific needs of trans women, who sometimes feel excluded from fashion because they do not have a normative body.

Jedet, the actress and trans activist who gave life to “Veneno” in the Javier Calvo and Javier Ambrossi series, has been in charge of explaining the difficulties in finding sizes and garments that they “like, represent them and make them feel comfortable and attractive “.

A test that was added to Eduardo Navarrete, finalist of the first edition of “Masters of sewing”, who confessed “nervous and very happy” to be back in the workshop.

Mily was the one eliminated at the last moment by not finishing the requested garment, but she admitted feeling satisfied with her passage through the talent.

“It has been worth it for me. The experience I have lived and seeing how I have overcome fears and insecurities has created a great self-esteem. It has been a rewarding experience,” said the apprentice at her farewell.