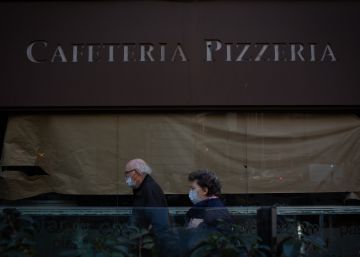 The Council of Ministers has given the green light this Tuesday to a battery of support measures for the tourism, hospitality and commerce sectors valued at 4,220 million euros, and which will be articulated through a new royal decree.

The text does not contemplate direct transfers to companies that carry out their activity in these sectors, which are the most affected by the pandemic, but rather focus on a series of measures to alleviate their costs, especially in terms of rentals or with quota exemptions. to Social Security. “What we approved in this Horeca decree is the way to express direct aid from this Government. We do not have a proximity that allows us to give a check to the thousands of businesses distributed throughout our geography. The reductions of the fiscal invoice, or reducing the expenses of personal, they are a form of direct aid “, declared María Jesús Montero, Minister of Finance and Government spokesperson.

One of the bases of the decree has to do with the rents of the premises. At this point the Executive deploys several options depending on whether they are large or small property owners, that is, they have more or less than 10 premises under their ownership.

In the case of large holders, the future royal decree contemplates an automatic reduction of 50% in the rent quotas of premises occupied by SMEs or self-employed workers from these sectors during the State of Alarm, which will be in force until May as long as there has not been an agreement of forgiveness or reduction of income. Another option will be to agree to a payment moratorium without penalties or interest, which could be extended up to four months after the end of the State of Alarm or its extensions, if any. The amounts would be paid during the two years after the end of this moratorium. According to the Government, 190,000 companies will benefit, of which 33,000 will be tourism.

For small owners, tax incentives will be offered, such as the deduction in personal income tax of the reduction in the rental price that is agreed. If you forgive 100% of the amount, the owner may deduct the equivalent of that amount on his return. According to calculations presented by the Government spokesperson, María Jesús Montero, this measure will mean commercial savings of 324 million 323,701 landlords will be able to take advantage of it.

Another of the measures contemplated has to do with access to liquidity. The Government will open a new tranche of 500 million in ICO liquidity for SMEs and the self-employed in these sectors with a 90% guarantee from the State. In the case of travel agencies and tour operators, they will be able to use these funds for the return of reservations that had to be canceled due to the pandemic.

Added to this is the measure already approved in November to extend one year the lack of loans guaranteed by the ICO and by mutual guarantee companies.

In labor matters, the decree includes an expansion of the “ultra-protected” sectors in terms of temporary employment regulation files (ERTE), according to the regulations in force between September 1 and January 31. In this way, the possibility of making force majeure ERTE with force majeure is extended to the beverage wholesale trade sectors, restaurants, beverage establishments, botanical, zoological or natural parks. 85% reduction of business contributions (if the company has less than 50 workers) and 75% (if it has more than 50 employees) during the months of December and January.

The Government estimates that this extension will benefit thousands of companies that will see the contributions of around 682,482 workers lowered, with savings of about 289 million euros. Likewise, the 50% discount on the business contributions of discontinuous permanent workers of companies framed in the tourism and commerce and hospitality sector has been extended, provided they are linked to the tourism sector, from April to October 2021.

Regarding taxes, the deferral of tax obligations is allowed for six months, with a three-month grace period. “Both SMEs and the self-employed will not have to pay the taxes corresponding to the first quarter of 2021 in April and may postpone them until October”, Montero said, who has estimated the potential impact of this measure at 2,600 million. These are those declarations, settlements or self-assessments whose deadline for submission and payment ends between April 1 and 30 of the same month of 2021, which would be carried over until October.

In addition, in general, the reduction contemplated for companies that pay personal income tax for the modules goes from 5% to 20%, and in the case of hospitality, commerce and tourism to 35%, which will already take effect in the fourth installment payment 2020 and the first one in 2021.

Additionally, the tax exemption for food vouchers also extends to telecommuting, in the face of home orders made in this context.