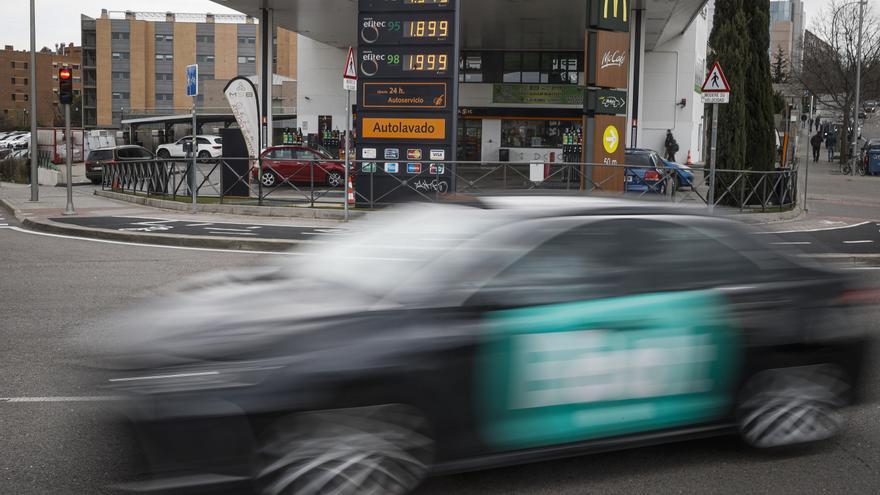 Tax rebates, bonuses for consumers or compensation to companies to lower prices. European countries have advanced in recent days their respective plans to deal with the complicated economic situation that has opened the Russian invasion in Ukraine and that has aggravated the problems of inflation that had been dragging on for months. The sharp rise in electricity and fuel prices have prompted the various governments to assume multi-million dollar packages of measures to try to avoid a greater loss of household consumption capacity and a halt in industrial production. Each country is following its strategy in the absence of a common agreement within the EU that serves to control runaway electricity prices.

The high costs of energy, the complicated distribution with a rise in fuels and the rise in spending on raw materials have already shown their effects on the industry. Since the Russian invasion of Ukraine began, problems that European industry had been dragging for months have worsened due to the significant bottlenecks that had been noted after the pandemic. There are several sectors that, throughout Europe, have assumed different suspensions or cuts in production in the face of the complex situation that began on February 24 with the start of the war in Eastern Europe.

Thus, in countries such as Norway or Hungary, fertilizer manufacturers have suffered its effects, closely linked to the cost of gas, which has skyrocketed with the uncertainty of supply due to the war in Eastern Europe. Also the paper industry, for the same reason, has had to put the brakes on production in countries like Austria or Italy. The steel industry is another of the industries that is suffering in Europe from the rise in energy prices. In Spain, this has been proven by seeing how a week ago companies such as Acerinox, ArcelorMittal or Megasa announced the suspension of production in some of their factories, blaming it on energy costs. A similar situation is experienced in other countries, such as the United Kingdom, where Liberty Steel has approved the stoppage of production in its factories, as reported by Bloomberg.

In addition to production problems due to high energy costs, there are also those related to the supply of components and raw materials, which cause the brakes in some industrial chains. This is the case of the automotive industry in Germany, where companies such as Porsche, BMW, Volkswagen or MAN have had to reduce the activity of their factories. The Czech Republic has another important automobile industry that has had to put on the brakes due to the lack of components. This sector was already suffering from supply problems due to the bottlenecks caused by the pandemic that have worsened with the crisis in Ukraine. French giants such as Renault have also announced this week the halt in production in some of their factories.

In Spain, in the last few hours, a growing concern of the food industry -although also between automobile factories, the chemical industry and the steel industry— Given the possible impacts of the strikes called by certain groups of carriers, whose protests go beyond fuel prices. The dairy sector or the fruit trade have already pointed to a setback in the distribution of these foods. It joins the limitations approved a few days ago by certain distribution chains for the sale of sunflower oil, highly dependent on Ukraine and Russia. Other countries have also suffered some alterations in food distribution. German merchants, for example, have approved limits on sales of oils, flour and cereals.

The war in Ukraine has impacted Europe in a context in which strong inflation was already dragging on, caused by bottlenecks in international transport and high energy prices. To deal with this situation, try to contain prices and protect the purchasing power of citizens and the production capacity of the industry. The recipes on the part of the governments are being diverse, waiting to reach great agreements at the community level to be able to cap the price of electricity, as Spain or Portugal intend. At the national level, the Spanish Executive has announced a reduction in electricity and fuel prices, and is studying the margin for lowering taxes on both products. Although, the president himself, Pedro Sánchez, has defended that the "fiscal effort" will not be enough if prices are not limited.

Meanwhile, the rest of the European countries have begun to implement measures to soften the impact of energy prices:

On the other side of the Pyrenees, in France, the option of lowering taxes on fuel has been avoided, a measure considered "anti-ecological" by the Prime Minister, Jean Castex. In his case, a reduction of 15 cents was announced in the liter of fuel that distributors must apply, which will later be compensated by the State. It is estimated that this measure, which comes into force on April 1, will cost the State 2,000 million euros.

In addition, the Executive has announced a direct subsidy to those companies whose spending on gas and electricity represents at least 3% of their turnover and who run the risk of falling into the red due to the energy rise, whose cost will reach 3,000 millions. Together with other plans already advanced in recent months, the Government estimates the cost of the policies to contain the rise in prices at 28,000 million euros.

In Italy, Prime Minister Mario Draghi said this week that the "explosion" in energy prices puts the country's economic growth at risk. Within the plan of measures that the executive has presented, he has promised to compensate 15 cents for each liter of fuel that will be financial through the increase in VAT collection on gasoline. In addition, less favored families will be allowed to split the payment of gas and electricity bills. As for companies, a fund of 800 million euros has been created to cover those companies that face a rise in the price of raw materials. Power companies will also face higher taxes on profits due to higher prices. This measure has been endorsed this week by the OECD.

The main economy of the continent, Germany, this week announced a plan of 4,500 million euros of tax reductions for the most vulnerable households to compensate for high energy prices. This plan includes, fundamentally, a bonus plan in personal income tax. As reported by Bild, the coalition government — Social Democrats, Liberals and Greens — is debating the creation of a system to lower gasoline prices in line with the one announced by France. However, this possibility bothers the ecological wing of the executive. The package announced this Wednesday is added to the 6,600 million announced for the cut in taxes on renewable energy.

Belgium has announced this week a plan valued at 1,300 million, financed mainly by the increase in public income due to the rise in electricity and fuel. With this, a drop in VAT on gas will be covered to 6% and extend until September the drop that had already been approved in this tax on electricity. The social rate will also be extended until September and a check of 200 euros will be allocated to those who have diesel heating and special taxes on fuel are reduced.

The Government of our neighboring country weekly adjusts the Tax on Petroleum Products (ISP) levied on fuels, with the aim of lowering the cost of hydrocarbons as they evolve each week, although approximate calculations are of a decrease of 2.4 cents per liter for diesel and 1.7 cents per liter for gasoline. It is a measure that was already approved since last November but that will now begin to be modified weekly. In addition, it has approved the so-called AUTOvoucher: a monthly fuel price subsidy through a discount of 0.40 euros per liter in a 50-liter tank and has suspended the increase in the carbon tax until at least June 30, 2022 , which will mean a saving of €0.05/litre of fuel.

The Netherlands is facing the highest fuel prices on the continent and to deal with this it has announced a 21% cut in taxes on hydrocarbons. The Government will give a subsidy of 800 euros for households with fewer resources for electricity and will allocate 300 million to improve the energy efficiency of households. In addition, it reduces the VAT on electricity from 21% to 9%.

Finally, some countries had already announced their packages of measures before the war in Ukraine formally broke out with the Russian invasion. This is the case of Poland, which announced a reduction in VAT on fuels from 23% to 8%, as well as setting taxes on food, gas or fertilizers at 0%.

The use of vouchers to compensate consumers for increased costs, in addition to Belgium and the Netherlands, has also been approved in Sweden. The Government will pay, in a single payment, 95 euros for car owners with which to compensate for the rise in fuel. The amount will rise to 123 euros for those who are in places with less population. In addition, it will temporarily implement a reduction of 12 cents on fuel. Ireland or Romania have also announced reductions in excise duties for fuels.

The Government has marked March 29 in red on the calendar. The Council of Ministers convened for that day must draw up the package of economic measures in Spain. The Minister of the Presidency, Félix Bolaños, assured this Wednesday that the Government is going to “lower the price of electricity, gasoline and gas”, although no measures have been specified so far. The minister explained, only, that the "formulas" that are being studied are "aid from the State, tax aid, capping prices or setting a single price" for energy.