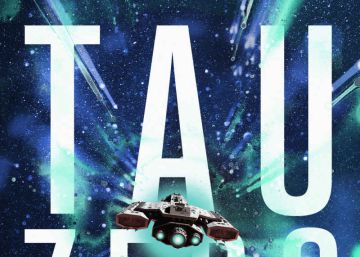 At the end of the 60s, astronomers began discussing the causes of the final destiny of the universe. While some exposed that the universe would end up burned in the crematorium of the cosmos, the others argued that it would end up dead of cold, sunk in the glacial fog of its own expansion. Because today in our scientific era, the expansion of the universe is an unquestionable fact, as much as its end.

The cutting-edge technology of the latest artificial satellites (WMAP and PLANCK) has changed the map of the origin, as well as of the development and the end of the universe. According to its reading, the universe does not expand little by little, but in an accelerated way; urgent and fast until you reach your final destination. The same matter that constitutes it is what accelerates its expansion. The disaster will be inevitable; It will happen in billions of years.

For now we can calm down in that aspect.

But if we fly with our imagination to such a distant future, we can meet our descendants aboard interstellar ships looking for secret passages in the tapestry of the cosmos; Dark galleries that lead to another universe. Immersing yourself in a wormhole will be as normal as it is today to go down the stairs of the Metro. The science fiction genre will thus become a journalistic genre, and everyday events will become sidereal. Already put, it is appropriate to talk about one of the most celebrated science fiction novels of all times and that tells us some of these things.

The disaster will be inevitable; will occur within billions of years

Ahead of the launch of the latest artificial satellites and their precise reading of the universe, the American writer and physicist Poul Anderson gave the printing press his novel Tau Zero (Editions B) at the end of the 60s, in full cosmological debate about the end of the universe. It is a space odyssey that occurs in the 21st century and where twenty-five men and twenty-five women will share a ship on an interstellar voyage.

Things get ugly for travelers when they cross a cloud of astral dust that breaks the ship’s decelerator system. For this reason, its speed increases until it approaches the speed of light. As the universe ages, the passage of time becomes almost non-existent for travelers. For details like this one can say that the novel Zero tau It is an Einsteinian novel.

Recall that Einstein explained that time can change in relation to speed. Therefore, if we were able to reach the speed of light, time would be reduced to the limit and would stop completely. In the same way that time and space contract with velocity, other measures, such as matter and energy, will also be transformed when velocity is applied.

With these things, Poul Anderson builds a disturbing story where, thanks to the armor of the ship, it is possible to overcome the moment in which the expansion of the universe has reached its limit and begins to contract. With this, the temperature rises to hellish degrees and the universe is reduced to the original atom that the ship will pass through successfully. Its crew then attend the birth of a new universe.

But we are not going to tell the whole end of this science fiction classic where Einstein’s theories are present from the moment when mathematical time changes and interstellar travelers are witnesses to the end of the universe. We will only suggest reading because it is a didactic novel that tells how the conquest of space began immediately after time was created.

The stone ax it’s a section where Montero Glez, with a will to prose, it exercises its particular siege to scientific reality to manifest that science and art are complementary forms of knowledge.