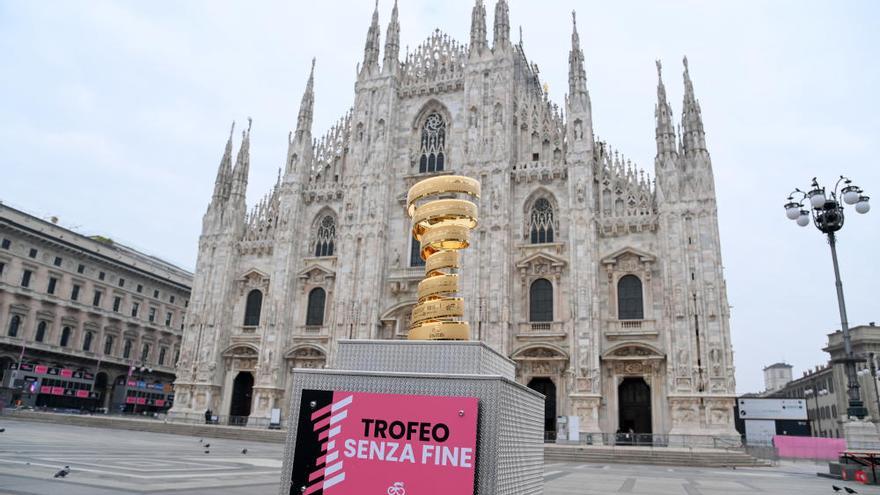 Never in the history of cycling have two runners reached the last stage of a three-week race, call it Giro, Tour or Vuelta, tied on time. The differences had been minimal, in many cases, but never only separated by a few hundredths. If the Australian Jai Hindley started the final time trial of the 2020 Giro with the ‘pink jersey’, at the end, in a stage won by Filippo Ganna (winner of the three ‘times’ of the Italian round), The garment passed to the British Tao Geoghegan Hart, with a name so difficult to pronounce or write, as a talent he treasures this young courage from the English cycling school.

It so happens that Neither Geoghegan nor Hindley came to the Giro neither with the intention of winning it, nor of fighting for victory, not even with the intention of fighting for a stage victory, since both were part of two squads that left Palermo three weeks ago with the clear intention of achieving the final victory but with two pre-programmed riders from the beginning: the Welshman Geraint Thomas for part of the Ineos and the Dutch Wilco Kelderman on the side of the Sunweb. The fall of Thomas

But Thomas took a tremendous thump during the neutralized route of the second stage and it did not start at third and Kelderman, although he came to wear pink, did not have enough intensity in his legs in the Alps, to keep it until the podium of the Duomo in Milan, the only place where Geoghegan Hart has been able to wear the ‘pink jersey’.

At the age of 25, he is part of the new cast of runners that this year has made the leap. His name did not come preceded by the context of a young star destined to achieve any challenge that he proposed, as was the case of Tadej Pogacar in the tour, three years younger than the British. But the Ineos, before Sky, always had it in a prominent place, he always took care of him and always treated him with care because they knew that, well on any terrain, he was a rider who could achieve great feats and achieve long-standing victories, as in this case the Giro 2020.

And for this reason Nico Portal, who could be considered as his discoverer, his mentor and his advisor, took him to Andorra, more for sporting reasons than tax, because the French coach resided there and because he was there last year. the so-called ‘strong core’ of young talents on the team, with Egan Bernal, with whom Tao hit it off, at the helm. Portal even rented a room to turn it into a meeting place for the team, with physiotherapists and mechanics.

But everything fell apart, in February, Portal, the technician and the mentor, barely 40 years old, suffered a sudden heart attack while he was at home. It was a terrible blow to Geoghegan Hart and to the entire team, including Chris Froome, with whom the French manager also had a great friendship. And now, almost unexpectedly, after the failure in the Tour and regardless of what Richard Caparaz can do in the Vuelta, the British squad, the wealthiest, the one with the highest budget, the one that signs the best or supposed stars From the future, he has found a Twist in his pocket almost unexpectedly thanks to Tao, the young talent from North London.