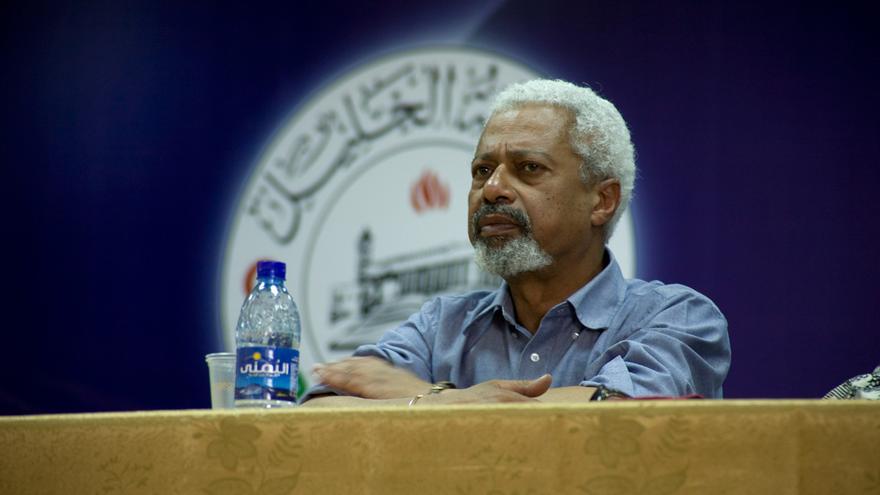 Abdulrazak Gurnah has become the winner of the 2021 Nobel Prize in Literature. The laureate was born in 1948 and grew up on the island of Zanzibar, but came to England as a refugee in the late 1960s. Until his recent retirement, he was a professor of English and Postcolonial Literature at the University of Kent, Canterbury. He is the first African and black writer to win the Nobel since Wole Soyinka in 1986.

It was announced this Thursday by the permanent secretary of the Swedish Academy, Mats Malm, at the Stockholm headquarters, where he highlighted his “uncompromising and compassionate incursion of the effects of colonialism and the fate of the refugee in the abyss between cultures and continents.” The award is endowed with a gold medal, an accrediting diploma and a cash amount of ten million Swedish crowns (almost one million euros). Gurnah succeeds American poet Louise Glück, one of the most prominent voices of English-language verse.

Gurnah came to the UK and began studying at Christ Church College in Canterbury in the 1960s. In 1980 he entered Bayero Kano University in Nigeria. He then transferred to the University of Kent where he obtained his Ph.D. in 1982. Currently, he is a professor and director of undergraduate studies in the English department. His research focuses on postcolonialism, as well as colonialism especially related to Africa, the Caribbean and India.

Including Louise Glück, a total of 16 women have received the Nobel Prize for Literature since 1901. 117 individual awards have been awarded, 86% for men and 14% for female authors. The 2018 winner, Polish writer Olga Tokarczuk in 2018, received the medal in 2019 due to the sexual abuse scandal that canceled the award celebration that year. The first was in 1909 and fell to the Swedish author Selma Lagerlöf. She was followed by Grazia Deledda, Sigrid Undset, Pearl Buck, Gabriela Mistral, Nelly Sachs, Nadine Gordimer, Toni Morrison, Wislawa Szymborska, Elfriede Jelinek, Doris Lessing, Herta Müller, Alice Munro, Svetlana Alexievich, Olga Tokarcuk and Louise Glück.