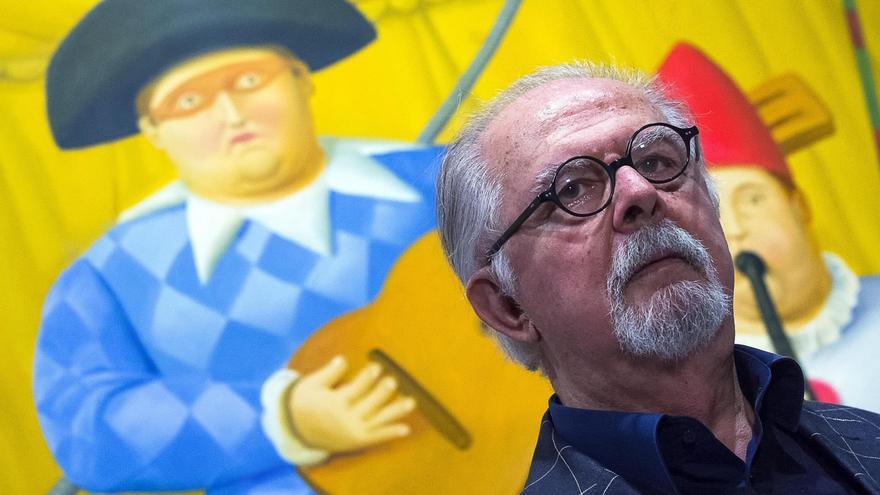 New York, May 5 (EFE) .- Works by the Mexican Rufino Tamayo and the Colombian Fernando Botero will be the stars of the auction dedicated exclusively to Latin American art that Christie's will hold on May 19, where it is expected that the pieces of these two artists exceed two million dollars each.

According to experts from the auction house, Tamayo's "Still Life" will reach a minimum of 1.8 million dollars (1.5 million euros at the current exchange rate) and a maximum of 2.5 million (about 2 million euros), since it is one of his characteristic still lifes in which the artist presents an original composition with the watermelon as the protagonist.

The piece reveals Tamayo's love for the European avant-garde, cubism and figures such as Pablo Picasso, Georges Braque or Giorgio de Chirico, although it also highlights his commitment to reflecting his Mexican identity with watermelon, which he relates directly to his childhood in Oaxaca and Mexico City, and a bottle in the center of the composition, which has a label that reads the name of his country.

Likewise, a triptych of Botero, "The Bather", which has also been valued between 1.8 and 2.5 million dollars, will go on sale at auction for the first time, and is expected to break the record for the highest price paid for a piece by this artist.

The protagonist of this work is his traditional voluptuous woman, who can be seen naked from the front, from the back and in profile in front of a pool of pistachio-colored water in which a much smaller male companion bathes.

In addition, works by Kazuya Sakai (Argentine of Japanese descent), Sergio Camargo, Claudio Bravo and Tilsa Tsuchiya will be sold to the highest bidder, along with some religious pieces from the Spanish colonial era.