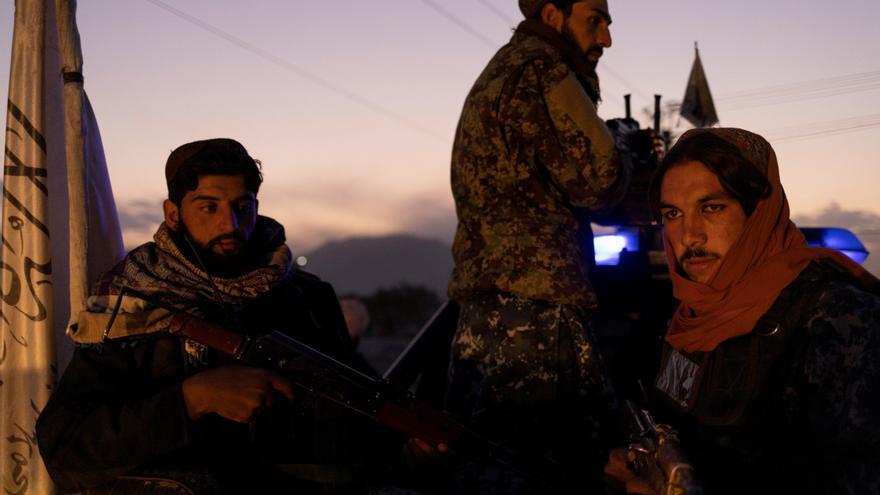 Afghan musicians are in hiding or have left the profession, some even the country, and instrument stores have bolted in fear of attack since the taliban they took over the power almost three months ago.

The fundamentalists music was banned, based on his strict interpretation of Islam, during his first regime between 1996 and 2001, and although so far it has not been officially declared illegal, incidents accumulate at street level.

Silence in the “noisy neighborhood”

In the heart of Kabul it’s found Shor Bazar, literally the “noisy neighborhood” for being an old commercial nucleus and more recently the center of the both traditional and modern music, at least until the arrival of the Taliban on August 15.

Almost three months after the fundamentalists dethroned the Ashraf Ghani government, Shor Bazar presents a desolate image. The echoes of the musical instruments of shops and academies that flourished during the last two decades coinciding with the American occupation are no longer heard.

“The music industry had its best moment in the last two decades as traditional and modern music flourish, in addition to the increase in the number of singers and musicians, “the popular music artist confirmed to Efe. Abdul Rahman Mansoori.

This singer claimed that could earn between $ 350 and $ 550 a month, with whom he supported his family of seven.

But the arrival of the Taliban has severely undermined their earnings, as well as the thousands of people who made a living from this art.

“Music is our profession and we have spent our entire lives in the industry. Now that it has been destroyed, we do not know what to work from to earn bread for our children, “he said, sitting in one of Shor Bazar’s abandoned offices and accompanied by other musicians who have also been deprived of resources.

Beside him, fellow singer Arez Kaihan accused the Taliban of having destroyed numerous musical instruments in the last weeks.

“All the musicians and singers had to move the instruments to basements and safe places to save them,” Kaihan told EFE.

A well-known musician specializing in the rubab, a stringed instrument similar to the lute and originally from Afghanistan, lamented that the lack of work has affected him deeply.

“With the capture of Kabul by the Taliban, we have been left without work and we have difficulties just to provide food and basic needs to our families,” Ghulam Ghaws told Efe.

Ghaws, who in addition to having performed in the Asian country has participated in several events abroad, asked the international community to “support the musicians of Afghanistan for the Taliban to allow music or to help us go to another country. ”

The Taliban have not spoken openly against music in Afghanistan, although according to their rigid interpretation of Islam they consider it to be outlawed.

A) Yes, Afghan weddings, which can accommodate hundreds of people in large rooms, they have been silenced for fear of Islamists.

At the end of last October, two people were killed and nine others injured in eastern Afghanistan after allegedly Taliban fighters open fire on wedding guests for playing music, although the fundamentalist authorities have publicly distanced themselves from the event.

“No one among the ranks of the Islamic Emirate (as the Taliban interim government calls itself) has the right to avoid music, except the Ministry for the Propagation of Virtue and the Prevention of Vice, and only through prayers, “said the main Taliban spokesman, Zabihullah Mujahid, after the event.

Faced with the uncertainty, the well-known musician and member of the Afghan Musicians Union Haroon Maroof called on the Taliban to demonstrate.

“We have asked the Taliban government to clarify its position towards music and musicians, but We have not received answer and we do not know the fate of 20,000 singers and musicians, “he said.

And it is that the fear of reprisals has pushed a significant number of artists to flee AfghanistanMaroof said, not counting those who are still trying to escape or are in hiding.

“Music is not just about musicians and singers, it is part of our glorious history and culture, is a platform to promote literature and poetry and feeds thousands (of people), “he lamented.