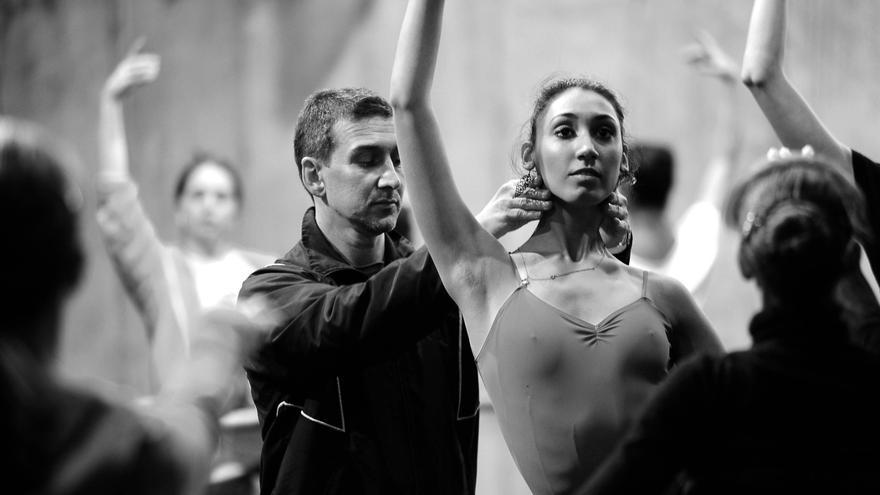 Madrid, May 10 (EFE) .- Julio Bocca carries dance in his veins. Since he was a child he knew that what he most wanted in the world was to dance, as much as others want to play soccer or play the drums; He gave up little, rehearsals and constant trips made up for him, now he doesn’t “miss” the stage and helps others to enjoy it.

Conferences and masterclasses occupy his time and he is excited to be able to travel again, after many months without being moved by the pandemic, he tells Efe in a video call from Uruguay, where he resides.

“I already have two vaccinations and although there has not been a total confinement here, we do live adopting all sanitary precautions”, he comments days before visiting Spain, specifically the city of A Coruña invited by the cycle ‘Mar en Danza’, where he will give two master classes at the Professional Dance Conservatory, on May 12 and 13, as well as a conference at the Colón Theater.

Learning was always his goal, now he wants to do it from the youngest and at the same time transmit everything that he treasures in his mind and in every fiber of his body.

As a dancer, Bocca (Buenos Aires, 1967) values ​​his personality above all else and that he has “respect” for a career, which requires a “great sacrifice”.

“Talent can be worked on. Even if it is innate, it must be worked on”, success does not come from nothing – he says – while noting that not all good dancers have a good rehearsal. “There are professionals who grow up on stage.”

“I fight so that they know me in another facet”, he points out, with the desire to teach how he danced and his experiences with great dance figures, another way to enjoy this “wonderful career”.

After fifteen years away from the stages, after spending 27 on them, he does not look with nostalgia at that golden stage surrounded by great dance stars, forming part of that universe, a time that tells in such an everyday way that his passing by the most important theaters in the world seems natural.

“Dance for me is something normal. I never set a goal for myself. I danced because it was what I liked the most in the world.” He won the Gold Medal of the 5th Moscow International Dance Competition, the most important competition in the world, and was invited by Mikhail Barýshnikov to enter the American Ballet Theater as first dancer when he was 19 years old.

From there, the jump to the big theaters was immediate. He has danced alongside dance references such as Maya Piseakaya, Barýshnikov, Martha Graham, Carla Fracci and remembers that Rudolf Nureyev called, after seeing him perform, at the door of his dressing room to congratulate him.

“I was very lucky. Nobody prepares you for that and more coming from South America,” he says with a smile, listing a long list of shows among which it is impossible to highlight the most beloved.

“Things don’t happen just sitting there. I worked a lot and knew how to use the help I had,” says this man who defines himself as “self-demanding.”

Although he admits that he does not miss a stage “one has blood in his veins” and when he listens to a score that he danced, he does not hold the body, although not so much as to put his shoes back on.

“I enjoy when I see that I leave my two cents in students and teachers,” he confesses when he sees how his classes are reflected in the way a dancer acts on stage after his recommendations.

Among his great teachers, he cites Mª Luisa Lemos, Jose Pares or Wilhelm Burmann, the quintessential teacher of great dance figures, choreographer and director of the American Ballet Theater, from New York, of which he was a member.

“Each one of them knew what my body needed at all times to get the best of me”, to change it physically, and that is their illusion, trying to convey to their students everything they know so that their performance shines on stage .

Students from whom you learn by observing, with the experience that the old methods are not always useful today. “Communication with young people is different now,” but he ensures that respect for the profession and education must be the same.

He had not set out to be a teacher, but he is “happy” with what he does. “I retired with the love and respect of the people, at the height of my career.” He assures that the first classes cost him “a lot” until he took over the reins of the National Ballet of Sodre of Uruguay, making it a benchmark for dance in Latin America.

“It was a challenge and I realized that I liked what I was doing”, a territory, that of the management, to which I would like to return.

He considers that culture does not have the space it should and appeals to politicians to give it the place it deserves, “it should be part of education.”

“Culture is not a hobby, it is a life choice,” concludes Bocca.

Tags: bocca, July, talent, there are, work it