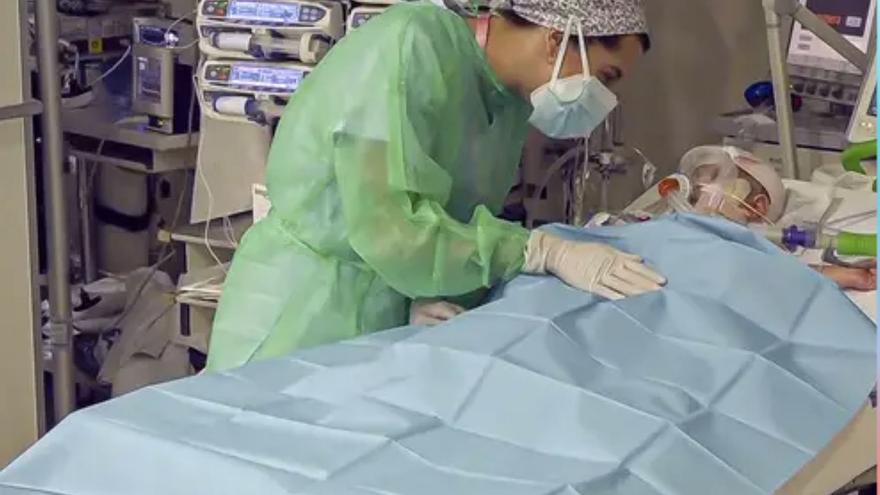 The Gregorio Marañón Hospital (Madrid) has announced the resultsstill preliminary, but very promising, of its phase I / II clinical trial to prevent immune rejection of transplanted hearts in babies. For now, there are three infants who have participated in this pioneering study in the world in which regulatory T lymphocytes (also called regulatory T cells) are used to increase the survival of their transplanted hearts. All babies are doing well so far.

The first person in the world to receive this novel therapy has been little Irene, a baby who was born with a serious congenital heart disease that forced her to undergo a heart transplant when she was only six months old in order to continue living. Nine months after starting this therapy, Irene maintains good levels of regulatory T cells and shows no signs of rejection towards her heart, thanks to the fact that these cells limit the inflammatory response and control the proliferation of lymphocytes that could attack the organ. transplanted.

Participating babies are being followed to see how the immune response and regulatory T cells evolve over time, especially during the first two years – after transplantation – which are the most critical due to the risk of rejection.

This clinical trial is the result of the work of more than six years of the Immuno-regulation Laboratory directed by Rafael Correa Rocha, with the collaboration of the Children’s Heart Area and the Cell Production Unit, all of them belonging to the Gregorio Marañón Hospital. The researchers found that if they extracted regulatory T cells from the thymus instead of from the blood (as has been done until now), they could get 600 times more of these cells (billions of them in total). In addition, these lymphocytes from the thymus have a greater therapeutic potential, since their survival is greater, they are more immature and their regulatory capacity of the immune system is much higher.

The thymus is a gland that is located above the heart and is responsible for the production of T lymphocytes. When performing a heart transplant, surgeons must remove all or part of this gland, which is usually discarded. With this therapy, the babies’ thymus is used to isolate and expand regulatory cells in the laboratory. One week after transplantation, these cells are infused into the same babies to prevent immune rejection and the use of immunosuppressive drugs. As the number of cells obtained is very high, the rest are frozen indefinitely, in case they need to be used again in the future.

Although candidate organs for transplantation are selected to be compatible with the recipients, the compatibility is very rarely complete. Instead, and if nothing is done to prevent it, the immune system is activated, which recognizes the transplanted organ as something foreign and the T lymphocytes (immune cells) proliferate and attack this organ.

Chronic use of immunosuppressive drugs becomes necessary to avoid immune rejection and maintain organ survival. However, this option is far from perfect. On the one hand, the use of these drugs causes a general weakening of the immune system, which increases the risk of cancer, infections or autoimmune problems. On the other hand, immunosuppressive drugs do not prevent transplanted organs from having a half-life of less than 20 years. This problem is even more serious in babies and children who undergo a transplant: they have a whole life ahead of them in which rejection appears sooner or later and they will require the replacement of their transplanted organ with another.

Under normal conditions, the life expectancy of the transplanted heart is usually around 15 years. This means that half of transplanted children have to undergo a new operation to replace their heart after that time. The novel treatment developed at the Gregorio Marañón hospital seeks to extend the survival of this organ, ideally so that it lasts indefinitely, thanks to inducing immune tolerance to the transplanted organ through regulatory T cells. All this with far fewer side effects than conventional pharmacological treatment, with the improvement in quality of life that this implies.

These special immune cells in the human body play a vital role in controlling immune system responses and ensuring that they are proportionate. Among its various functions, they are also responsible for eliminating lymphocytes that go “crazy” and attack cells and tissues of the human body. They play a key role in preventing allergies, autoimmune or inflammatory diseases.

The therapeutic use of these cells is not only potentially valuable to extend the survival of transplanted organs, but other medical indications are currently being investigated: treatment of autoimmune diseases, inflammatory processes (such as Crohn’s disease or the immune response uncontrolled disease that occurs in the most severe cases of COVID-19) or graft-versus-host disease (when stem cells are transplanted from the bone marrow).