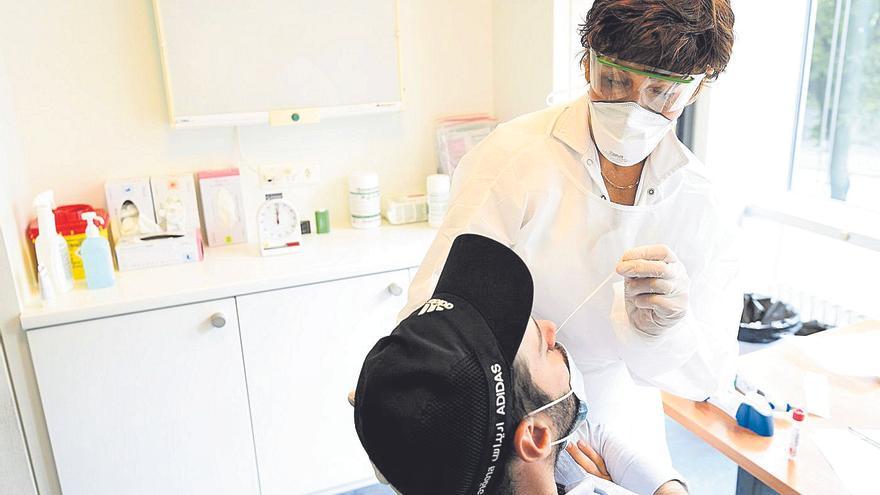 The citizens of Switzerland will decide this Sunday at the polls the future of the COVID passport in the country, while Europe faces a new wave and the omicron variant of the coronavirus.

The Swiss already voted in this regard in mid-March of this year when, with more than 60 percent went ahead with the proposal to implement the COVID passport, pick up the swissinfo portal.

After the first vote about 75,000 signatures were presented against some aspects, which the country’s Foreign Ministry considered valid as to take this issue back to the polls.

A) Yes, Switzerland will become the only country in the world that decides through a referendum whether or not to implement the COVID passport measure.

Those against the vaccination certificate allege it represents a violation of individual individuals, since since September 13 it is mandatory to access restaurants, gyms, movie theaters or large cultural or sporting events.

On the contrary, those who are committed to maintaining the measure as they consider it essential in the fight against the coronavirus pandemic, especially now with Europe immersed in a new wave and when the first cases of the omicron variant begin to be reported.

Regarding the campaign, opponents of the Law have gathered in public spaces with large posters in public transport stations, posting leaflets, taking to the streets to demonstrate and with a large presence on social networks.

But, despite this, the latest polls reveal that the vast majority of Swiss are convinced to support the validity of the COVID passport, thus supporting the government’s theory.

Other points to vote

On the other hand, lThe Swiss will also have to vote on how to respond to the lack of nursing professionals, whose forecast is that by the year 2030 about 65,000 employees will be required.

This vote has two proposals: one that aims to urge the Government and the cantons to train the person; and the other, supported by the Executive, which foresees an investment of close to 1,000 million Swiss francs – more than 950 million euros – for Education in a period of up to eight years.

In principle, the citizen alternative is the one that would obtain the most support, with 67 percent of the votes, according to some polls.

Finally, the third point of the day deals with Justice and propose to appoint the judges of the Federal Court by lottery, thus seeking their political independence and for them to stop being appointed by Parliament.

However, this proposal is expected to have little support, since both the Government and the majority of Parliament have rejected the project, since they even defend that the system works and that the Supreme Court acts independently.