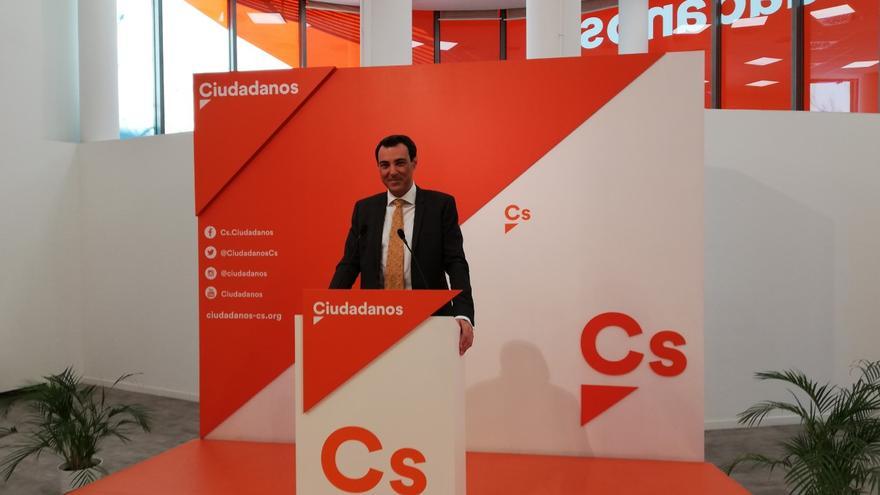 Citizens have not yet escaped the suspicions of irregularities that still hang over the primaries held in March 2019 to choose their regional candidates. Despite having managed to bury the scandal of the pucherazo of Castilla y León, who finally gave the victory in the primaries to Francisco Igea against the former PP leader, Silvia Clemente, the party continues to have two open cases in court, one in Murcia and the other in Madrid.

In Murcia, the Economic and Fiscal Crime Group (UDEF) has once again required the party leadership to submit to the judge in Cartagena the information that it omitted regarding the alleged fraud in the primaries that led to the victory of Isabel Franco, current Vice President of the Government Murcian, in front of his rival, Leonardo Pérez, who denounced the case.

In a UDEF report, to which the regional edition of this newspaper has had access It is specified that the party chaired then by Albert Rivera only provided documentation on two of the four points required by the courts in October of last year and said that it could not directly provide the complete list of IPs (Internet Protocol) or that of each of the voting identifiers, “since according to the document provided by Ciudadanos, such evidences are in the possession of the entity in charge of obtaining them, Lazarus Technology,” the company that supervised the telematic process.

The National Police verified last October that Franco added at least fourteen votes from two static IPs from other communities in the primaries that designated her as a Citizen candidate for the 26M elections. The indications point to an alleged fraud in said voting.

Last Monday, the deputy spokesperson for Ciudadanos, Lorena Roldán, assured that the party, which has appeared in the case as it felt to be “an injured party”, has always been ready for the “maximum collaboration” with Justice and will deliver that documentation. “We are available to any requirement that comes to us from the court,” he insisted. But nine months have passed since those primaries and he still has not delivered it.

The other case not yet closed is that of the primaries held in Madrid, which were also contested – although for totally different reasons – by one of the 14 candidates who faced Ignacio Aguado for the candidacy for the Presidency of the Community of Madrid. The plaintiff was Juan Carlos Bermejo, the Madrid businessman and economist, an affiliate of Las Rozas, who filed a complaint in the 61st Court of Madrid for feeling discriminated against in the process and asked for its nullity. Among other things, he denounced that Aguado did not respect the ‘reflection day’ of the primary campaign and granted interviews to various media outlets, taking advantage of his status as spokesman and leader of Ciudadanos in Madrid. Bermejo, in addition, added to this the lack of “neutrality” demonstrated by many leaders of the party leadership who openly supported the official candidate.

After the date for the oral hearing was set, before the pandemic broke out, after the victory of Arrimadas, Bermejo himself began negotiations with the new leadership of Ciudadanos to try to reach an “amicable agreement” to settle the case extrajudicially. The conditions that the employer puts in exchange to shelve the issue are that a clear regulation be promoted that improves internal control mechanisms, that guarantees greater transparency in the process, and equality among all applicants for office, without allowing presentation of affiliates who do not belong to the provincial group, that is, of “nurseries”.

Incidentally, Bermejo has also asked the new management to replace the current secretary of the Madrid Organization, César Zafra, whom he considers to be the architect of the internal unrest at the regional level. It also demands that the CAM councils be reduced to seven “as in the Cifuentes era” and that they accept their knowledge as an economist to work as an adviser to the party “without any remuneration,” he points out.

The case was waiting to set a date for both parties to settle it to avoid trial. However, when verifying that there was no progress in Murcia and that the party still did not comply with the requirements of the Cartagena court, the ex-rival of Aguado – very upset because the party also denied the negotiation between both parties – threatened to reactivate His complaint if before the end of this Monday the management did not keep his word in depositing the required documentation. “The new Executive cannot create doubts about her transparency and honesty,” Bermejo said on his Twitter profile after rejoicing in the statements of Lorena Roldán.

Although the Madrid native considers Roldán’s words “a good gesture”, he is waiting for them to come true. “I do not want to convert this is an ultimatum either, but we agreed to give ourselves a term until August 16 for the agreement to materialize. However, if that date they have not answered my requests, I will reactivate the complaint,” he warns in conversation with elDiario.es.