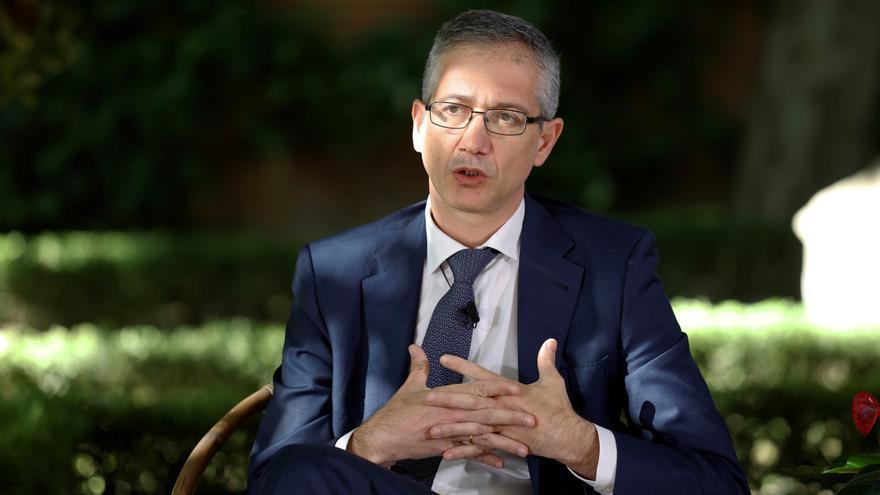 In 2008, the top 5 banks in Spain were made up of Banco Santander, BBVA, La Caixa, Caja Madrid and Banco Popular. At the end of 2020, the quintet of the largest banks in Spain was made up of Santander, BBVA, CaixaBank, Bankia and Sabadell. When you finish this course, you will have changed again. They will then be Santander, BBVA, CaixaBank, Sabadell and Unicaja. In between, there has been one of the largest banking concentrations in Europe, surpassed only by Greece, going from a market share of the five largest of 42% in 2008 to 66% in 2020. By the end of this year, the This figure is expected to be around 70%.

However, this situation has not raised, at least publicly, the concern of banking and competition supervisors in Spain. Either by word (Bank of Spain), or by work (CNMC), the authorities that monitor the proper functioning of the sector have again endorsed in recent days the mergers that have occurred in 2021 and that have transformed again the banking landscape in Spain, with fewer but increasingly larger banks, while branches and staff are reduced.

The last guarantee has come from the hand of the CNMC, a few days ago. The body chaired by Cani Fernández and which oversees the competition rules in the country approved the operation that will soon unite Unicaja and Liberbank, creating the fifth Spanish bank by number of assets, surpassing Bankinter, which temporarily occupies that position. “The CNMC has concluded that the operation will not pose a threat to effective competition in this market at the national level because the resulting shares are not relevant, the addition (market share that Liberbank adds to the new entity) is small and there are important competitors “said the agency in a statement. Unicaja, which will absorb Liberbank, has only had to fulfill some commitments in three postal codes in a single province of Spain, Cáceres, where both have a greater coincidence and where they would be left with a single competitor.

Something more complex was the analysis carried out in the case of the merger of CaixaBank and Bankia. In this case, the CNMC did observe a “threat” to competition in retail banking due to the “high levels” of concentration detected in some areas where the overlap between the two networks was wide. Specifically, there were 86 postal codes where CaixaBank remained a monopoly or duopoly with a single competitor. Despite these warnings, the CNMC endorsed the operation in exchange for a series of commitments such as not abandoning certain municipalities that could be left in a situation of financial exclusion. However, the CNMC did not see a threat to competition in certain businesses such as insurance, pension plans or investment funds, where CaixaBank established itself as a leader, controlling by itself between a quarter and a third of these activities.

The president of the organization, Cani Fernández, defended in the summer courses of the UIMP, in Santander, that there continues to be real competition in the banking sector, thus clearing up the questions in case the CNMC was concerned about the high level of concentration in Spain. “We still have an environment that allows sufficient competition, structurally I am not concerned,” he said. I am not aware that there is no price competition. The structure allows that competition.

All the figures confirm that in Spain there has been a great concentration of banks. A very graphic example of this is walking through the streets of any town in the country. The five large entities that will remain after this year’s mergers (Santander, BBVA, CaixaBank, Sabadell and Unicaja) are the sum of 50 savings banks and banks that were merging after the financial collapse of 2008. ECB statistics place Spain as the second European country where the market share of the five major players in the sector has increased the most, only behind Greece. This has led to the loss of more than 100,000 jobs (14,000 expected this year) and more than half of the bank branches.

It is true that Spain is not yet the European country where the power of the five major groups in the sector is the highest. Although, according to the aforementioned statistics and taking as a reference the latest data they provide, before the mergers this year, Spain (66.4%) far exceeded the data of the other large economies of the continent. For example, the top five German banks hold just 34%. In France, the figure is below 50%, as in Italy. Only the Netherlands is above Spain among the main economies.

The gap with the large European countries is expected to widen this year, since with the new mergers the market share of the five large Spanish banks may be around 70% of the market. In fact, although mergers have been pressured by the ECB as a way to improve the profitability of the banking sector by reducing costs, Spain, with two large mergers, has been practically the only market where notable mergers have occurred in the banking system of the Euro zone.

Thus, financial supervisors have not only failed to stop the wave of concentration in the Spanish banking system but have promoted it. That is why, despite the strong increase in the power of the large and the disappearance of banks, the message of the Bank of Spain has not changed in recent times, endorsing the mergers and justifying the strong adjustments in employment and offices that have taken place in the banking sector since the last crisis. In the same forum in which Cani Fernández denied a competition problem in Spain, the governor of the Bank of Spain, Pablo Hernández de Cos, endorsed this banking strategy. “The sector has a profitability problem, not only in Spain, in Europe, and overcapacity. An unprofitable banking sector will cause us a financial stability problem and we all know how these problems end,” he said.

Both he and the deputy governor, Margarita Delgado, have defended that, although entities disappear due to bank mergers, competition continues to grow in the sector due to the entry of fintech and new players in the market. Other directors of the organization have raised this vision whenever there has been occasion in recent months. “We are still far from a banking oligopoly in Spain, competition remains very much alive in the sector,” said CEO Mercedes Olano in spring, noting that there are still 10 large groups and “quite a few” smaller ones.

The Bank of Spain has therefore followed the line drawn by the European Central Bank which, after the arrival of the pandemic, accelerated its demands for mergers, even creating accounting incentives for them to take place. The arguments between the Spanish and the European supervisor coincide. “In Spain there has been a process of bank consolidation to improve profitability, if there wasn’t, over time there would be a solvency crisis“, assured its vice president, Luis de Guindos, in the same forum in which Hernández de Cos and Fernández supported the concentration in the sector. Of course, with a final message:” In Spain the level of consolidation is beginning to be quite important ” .