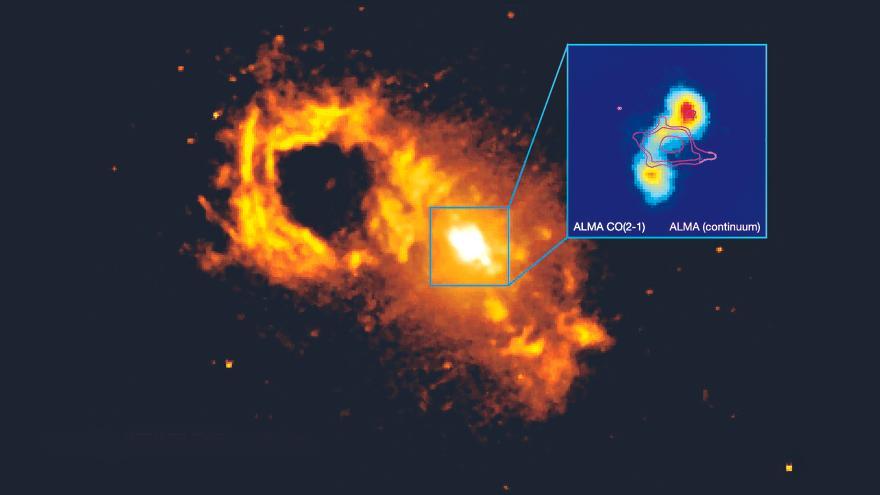 Supermassive black holes modify the central region of galaxiess, according to a study led by the researcher at the Institute of Astrophysics of the Canary Islands (IAC), Cristina Almeida and which is published in the journal Astronomy & Astrophysics. Supermassive black holes, which are found in the center of galaxies, play a fundamental role in regulating their growth, but it is not yet known exactly how this happens or under what circumstances. What is known is what happens during a phase in which the black hole is consuming material from the galaxy where it resides at a very high rate, becoming increasingly heavier. During this phase, the galaxy is said to contain an active nucleus.

These periods of nuclear activity can be recurrent as long as there is gas available to feed the black hole, and one of its effects is winds: gas from the center of the galaxy being blown out by the energy released by the active nucleus or other related phenomena. Winds that can reach speeds of up to thousands of kilometers per second in the case of low-density gas, and up to hundreds of kilometers per second in the case of denser gas. In the case of the most energetic active nuclei, such as some quasars, they could "empty" the center of galaxies of gas, thus preventing the formation of new stars.

To study winds of cold, dense gas (at temperatures of less than -170º C) it is necessary to use telescopes such as the Atacama Large Millimeter/submillimeter Array (ALMA), which allow the study of millimeter or submillimeter radiation, which has frequencies between infrared and radio waves. In the study, data from a sample of seven very energetic quasars found in the Local Universe. This work is part of the «QSOFEED» project, whose objective is to understand how supermassive black holes affect the galaxies that host them. "ALMA has allowed us to study the cold molecular gas winds of these quasars through the emission of a carbon monoxide molecule," explains Ramos Almeida, who adds that this analysis is important because that cold, dense gas is the material from which new stars form and, to date, there was no data of this quality and resolution for a set of obscured quasars in the Local Universe. This type of quasar is relevant because it can constitute an important phase for the evolution of galaxies in which the active nucleus is evacuating and consuming gas at a very high rate and which would give way to a non-obscured phase, adds the researcher. Studying these objects is key to understanding what was happening to these galaxies when the universe was only a quarter of its current age.