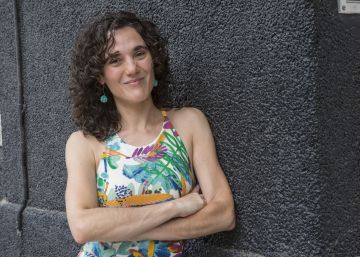 What is behind each product? Many of the foods we buy travel thousands of kilometers before arriving at our table, which generates high environmental costs, while monocultures such as soybeans or oil palm - present in many foods - harm local economies. Nazareth Castro founded in 2012 Chariot, a blog in which he investigates - along with Laura Villadiego, Brenda Chávez and Aurora Moreno - the socio-environmental implications of consumption thanks to the contributions of readers. Cacereña (Jarai de la Vera, 1980; 39 years old) has resided since 2008 in Latin America, first in Brazil and then in Argentina, and her research has germinated in three books, Chariot (Intellectual Key), The dictatorship of supermarkets (Akal) and the recent The monocultures that conquered the world (Seal).

Question. What do you do in Battle Cart?

Reply. Consumption is a political act, so the first battle is that of information, our purpose is to show how the hegemonic model of consumption is so that citizens can guide their purchases in a manner consistent with their ideas. We make reports on products (food, cosmetics, textiles ...) financed with micro-patronage. When we consume, we are responsible for impacts that occur in very distant territories: the food industry generates around half of the greenhouse emissions, if we add deforestation, transport, which often involves thousands of kilometers ... If we consume with awareness and otherwise it will be a political act aimed at changing the system.

R. They define the way we consume and how we consume, because they are the big buyers and sellers of most products, food, cosmetics, hygiene ... They define prices, but they also impose other conditions, such as payment in 60 or 90 days or return the surplus to suppliers, which makes it very difficult for small producers. In addition, inertia leads large distributors to go to large companies rather than local farmers or ranchers. This changes the logic of what we consume and who we buy from. And you can see, for example, how supply markets disappear in cities.

P. In The dictatorship of supermarkets He questions the freedom of consumers.

R. The capitalist system is based on the idea of ​​freedom and competition. But in many sectors there are oligopolies or monopolies. There is no real freedom. The myth of freedom is that you arrive at the supermarket to choose a product and there are 20 options, but the vast majority of brands belong to very few companies. And many foods, the ultraprocessed, share the same ingredients: vegetable fats, sugar, sweeteners and salt. Freedom is a lie, because it is in the hands of few companies that are governed by the same strategies and the same ingredients.

P. Note that the cost of production is only 1% of what we pay for the product, why?

R. Because from the seventies there is a delocalisation of widespread production by large textile, electronics companies ... Thus, the central countries of capitalism were left with what brings more value, design and distribution, while that production moved to impoverished countries, which also have to compete to see who makes it cheaper. And it has an effect on responsibility: when the Frog Plaza collapsed in Bangladesh [donde murieron más de 1.100 personas], which contained textile factories, large textile companies such as Inditex or H&M argued that they could not control what their thousands of suppliers do, or the low wages they pay.

R. Every time a shopping center is created, the great argument is that of job creation. But the other side is never said: there are studies that show that in 12 kilometers around 276 jobs are lost and many small businesses disappear. And we must also see the quality of employment in both cases: in supermarkets it is usually worse.

P. How does a supermarket affect us in daily life?

R. Supermarkets have driven the change for the worse in the food system. In Spain, in a generation we have changed the way we eat, now we eat less fresh fruits, vegetables and products and more processed and ultra-processed foods. This has to do with that we have less time, but also with the fact that we no longer have a market nearby, but a supermarket, where ultraprocessed products always have a preeminent place. In addition, the links change: when you go to a little store you know the shopkeeper, who is surely your neighbor; If you go to a supermarket you don't usually exchange words with the staff and it even seems annoying if they spend too much time with a customer.

P. Then he decided to investigate monocultures, why?

R. Sugar, oil palm, soybeans and corn are the four main cases of agribusiness: they are flexible materials, because they have a wide variety of uses (ultraprocessed, agrofuels, animal feed, cosmetics ...), and represent a model in which We do not put the land to grow food, but to grow money, that is, industrial crops that are not necessarily for food.

P. What effects do they have on the environment?

R. It has a great socio-environmental impact: agrotoxins pollute water, and that affects both the local population and the environment, and depletes the land in 20 or 25 years. In addition, they drive the loss of biodiversity. In Asia, Africa and Latin America, monoculture advances many times through arson to eliminate the native forest; other times it replaces surfaces where there were different crops that fed local communities. They are controlled by multinationals from seeds to distribution, and end up in financial markets that speculate on these raw materials.

P. What is agribusiness?

R. A neoliberal turn that starts in the eighties and is that financial markets take control of world agriculture, so that agricultural products are exposed to the same fluctuations as the stock market. In the nineties the genetically modified seeds arrive; Monsanto sells GM soybeans as a package along with the glyphosate-based pesticide, a poison that destroys everything but that plant. In Spain we do not consume that soy, but we do eat meat from animals fed by it.

P. Is there an alternative consumption model?

R. There are two models, on the one hand, neoliberal agribusiness and for traditional agriculture and its new forms, such as ecological ones, which seek to recover food sovereignty. But there is no equality of forces: if they use glyphosate in a large area of ​​land, it doesn't matter if there is organic farming next to it, because glyphosate is going to reach them. They are two incompatible models, because agribusiness is invasive. It is necessary to organize collectively to demand that governments demand that these companies minimally comply with respect for human rights and environmental protection.