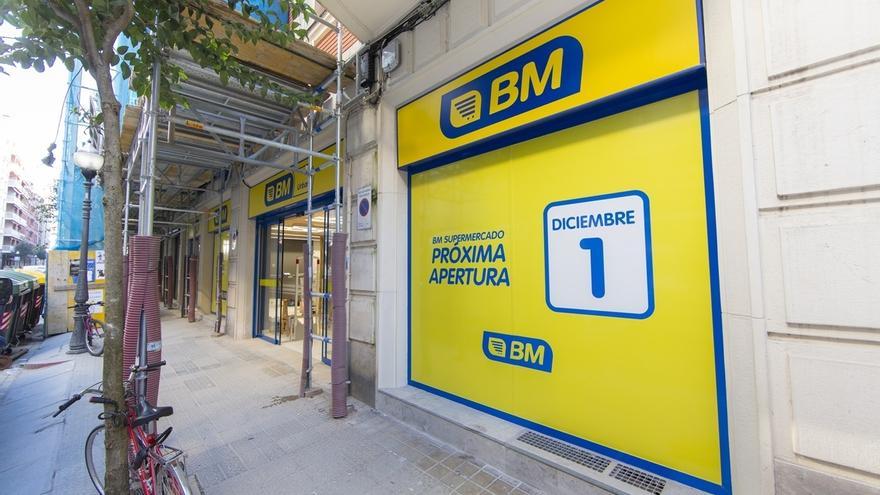 Seven supermarkets in less than a kilometer. The Madrid axis that connects Fuencarral and Bravo Murillo streets has become the best example of the strategy followed by supermarket chains in recent months. A kind of 'golden mile' of food stores, as defined by the sector.

In this axis there are chains such as Carrefour Market and Express, Mi Alcampo, Mercadona, Aldi and, for a few weeks, the Basque group BM and the German Lidl, with their largest urban store in Spain. You have made this route, a distance of just 900 meters, one of the areas with the largest commercial food area in the capital. It is proof that there is an appetite to open stores and, above all, to open them in the center of cities.

"We see an increase in openings in the urban environment, with new stores," says Augusto Lobo, retail director of the real estate consultancy JLL. It does not mean that in recent years establishments have not been opened but that the focus is increasingly being placed on having a greater presence in large population centers. In 2020, in the epicenter year of the pandemic, 1,250 stores were opened, according to data compiled by Retail Data. Of these, almost 80% in towns with more than 5,000 inhabitants.

Precisely, the evolution of the pandemic, confinements and the need to buy close to home have been determining factors.

"Throughout the entire period we have seen the resilience of the supermarket format and that people like to shop in their neighborhood, "argues Augusto Lobo. The head of JLL points out that, at this moment, there is no operator in the sector that is not looking for new locations. Some brands, such as Dia, need relatively new stores. small, and others, such as Mercadona, require their stores to be larger in size and have space for customer parking.

They are looking for "stores of a certain size, between 1,000 and 3,000 square meters, which are dominant in their area of ​​influence, but urban in nature," the consulting firm Colliers points in the same direction.

Because, simply, the chains want to be where there are more customers, many homes and a lot of turnover. It does not matter that they are areas where there are many operators, a high concentration of stores or a certain perception of saturation.

Companies see more important to have capillarity, add space and grab market share. "And it is a way of competing with online because people like to buy every two or three days, especially if they are fresh products," explains the director of retail at JLL.

Online food distribution is growing but it is not succeeding financially because it is a business where margins are very narrow, around 3% of sales volume. That is why operators are interested in being close to physical stores and that customers go several times a week, even if the purchase ticket is not high, they explain from the sector.

"What we are seeing is that operators with a more local profile, such as BM or Froiz, are expanding their borders and expanding in other locations within the Spanish geography", indicates Salvador González, national director of Retail Investment at Savills Aguirre Newman.

This is a change because food distribution in Spain has traditionally been linked to local or regional operators, anchored in the proximity concept. Already before the Covid crisis, companies began to move. "We see that regional chains are becoming supra-regional or national," says the head of JLL.

Mercadona, for example, despite being the largest company in Spain by volume of revenue, until a few years ago it did not have an excessive presence on the Cantabrian coast. It was in 2014 when he opened his first 'super' in the Basque Country, where he currently has 26 establishments. Meanwhile, the Basque group BM, has traveled south. One of the last steps, the opening a few days ago on Calle Fuencarral in Madrid, in what was the old Roxy cinema and sharing the façade with Aldi.

This past summer, BM's parent company, the Uvesco Group, reached an agreement with the Eco Mora company (which operates under the La Despensa brand) to buy supermarkets from the Condis chain in Madrid. It is a move similar to that of the Galician chains Froiz and Gadis, which are also rolling out their network of stores beyond their home market. Or Caprabo and Eroski that, after a certain retreat in recent years, are opening new stores.

As for foreign brands, the German Lidl and Aldi also increase capillarity. For example, the latter has opened 40 stores in the last year. Among them, Malaga and Seville. In Catalonia it already exceeds 70 stores.

The last chain to land in Spain has been the Mere group, although it does not fit in with this strategy of looking for stores in the center of the city - it prefers large stores on the outskirts - and that it is deploying more slowly than expected, according to the sources consulted. Its commercial proposal is focused on low prices and high volumes, known as 'hard-discount'.

The sector tends to say that supermarkets travel poorly outside their natural markets, despite the fact that in recent decades groups such as Carrefour, Alcampo, Lidl or Aldi have become pan-European companies. It is a sector where "very well-oiled purchasing and logistics structures are required that handle large volumes. All these factors are very important entry barriers for new operators, unless it is done through the acquisition of a competitor", argue from Colliers.

And there are more openings on the horizon. El Corte Inglés, after the purchase of the high-end brand Sánchez Romero, has just announced that it will open stores at street level under the brand Supermercados El Corte Inglés that, until now, had limited their commercial life to the interior of department stores . Meanwhile, Carrefour will open 16 stores under the Supeco brand next year, after the 15 opened in 2021.

The evolution of the chains operating in Spain parallels another trend, focused on real estate management: purchase of the premises by funds and investment firms, which become owners and have the brands as tenants long-term.

A few days before the end of 2021, real estate transactions have already been registered in this commercial segment that reach 580 million euros, according to Savills Aguirre Newman.

"If in 2021 no more transactions have been closed, it is because of the shortage of product, not because of the lack of demand," says its national director of Retail Investment, Salvador González. And that real estate strategy, of buying premises that are later occupied by the 'super', can continue. "It is a very attractive time to sell this type of asset and many operators may consider it," concludes González.