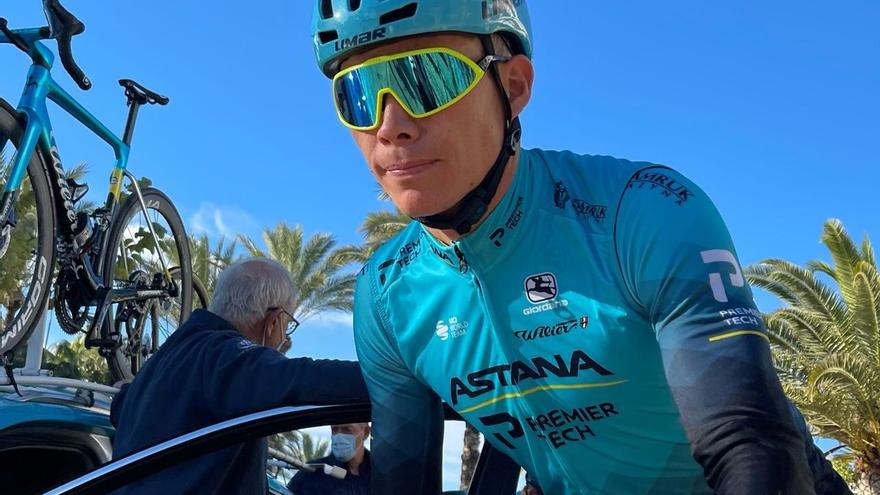 Miguel Angel Lopez, best known in the pack for 'Superman', has fanned in his country, Colombia, the controversy over his withdrawal in the return that was decisive for him to be fired from the Movistar. Surprisingly, he has accused Enric Mas, second overall in the Spanish round behind Primoz Roglic, from being a selfish runner for not helping him in the penultimate stage of the test when he was cut off, he could not follow the group of great favorites and ended up losing third place from qualifying when he was already pedaling completely off the hook before getting off the bike, in an action of such magnitude that it had never been seen in a three-week race.

In statements to the RCN radio station in Bogotá, Superman gave his personal version of the events that occurred during the penultimate stage of the Vuelta, in the province of Pontevedra, with a layout designed by Oscar Pereiro, winner of the Tour 2006. "Enric Mas he says 'we all try to help him'. But what was he going to try to help me if he was one of those who, when the little group left and I took the lead, told me 'why was he pursuing'? "

These statements have come after three months of a bizarre situation have passed. Yes Enric Mas would have gotten off the hook to help his Colombian teammate, the action, totally illogical, would have cost him second place overall and Movistar, instead of a runner, would have lost two cyclists on the podium in Santiago de Compostela, where he ended up the Vuelta. All the gregarious of the team circulated behind, after the leaders had already broken the stage. Superman He couldn't keep the cut and when he tried to react, More, Roglic, and the rest of the escapees were already out of reach, which is why More He suggested that he stop shooting, as did Eusebio Unzué, manager of the Spanish team, shortly after.

"He tried to help me with the envy and selfishness that surely characterizes him. I saw him and said it to his face at the time: 'I don't want to share one more career with you because you're selfish,'" he said. Superman to the Colombian station. The runner, however, on the same day and at dinner time, apologized to all his colleagues, directors and assistants for his behavior. Withdrawal of Lopez It also entailed a loss of income for his teammates, since the prizes were distributed among all of them for the sixth place in the general classification, which he maintained and which he would not have lost after falling off the head of the race.

From Movistar to Astana

"I stop pulling, because More asks for it. When I was wasting 40 or 50 seconds, Eusebio Unzué He tells me it's a bitch but that I don't try any more, that I'm not going to catch up with them, that made me very angry and led me to get off my bike. "That same day Unzué already determined that Superman never wear the Movistar 'jersey' again. In October an agreement was reached, López left Movistar and signed again for Astana, the team from which he came when he joined the discipline of the Spanish squad.

Precisely, the signing by Movistar led him to Superman to change their residence, from Monaco to Andorra, where a good part of the runners of the Spanish squad live, among them More. If when returning from Colombia, at the beginning of next season, Superman keeps his plans and settles in the Pyrenees, the atmosphere in training will be very peculiar, since in Andorra it is almost impossible not to be seen on the roads due to the small size of the country.