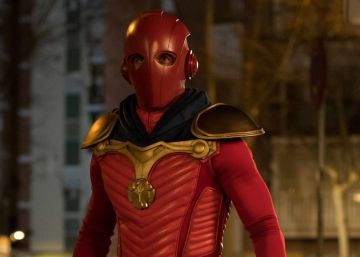 Titan says: “I’m going to Soria that things always happen in Soria.” He is the superhero of The neighbor, The Netflix series of 10 short chapters that seeks to unite the Marvel universe with the shabby point of the Elipa universe, for example, in equal measure Super agent 86 He was approaching James Bond.

Costumbrismo and special effects united by humor, without neglecting some details of the time we have had to live: job insecurity, the rise of gambling with the ubiquitous bookmakers and the consolidation of camel as another component of the urban landscape (splendid Dani Gómez). Rafael Azcona said that the Spanish scriptwriters had improved a lot thanks to the unstoppable formation of the television series. The neighbor, Free adaptation of the cartoons of Santiago García and Pepo Pérez who performed for the series Miguel Esteban and Raúl Navarro is the demonstration. Fun and totally credible dialogues, real as life itself, that describe a way of being and being non-transferable from what the Catalans call “the Spanish State.”

Javier (Quim Gutiérrez) designs t-shirts with elementary messages that he tries to sell in a bare casposo. Its economic level is described by its floor, in which a box of deer attacked by dogs that presides over the crowded hall has not even changed. On a weekend in Cuenca with his girlfriend (Clara Lago) he receives the super powers of a dying guardian of the universe (Jorge Sanz). Some great Adrián Pino and Catalina Sopelana complete the quartet protagonist of the misadventures of a clumsy superhero of the proletarian neighborhood whose greatest feat is to ensure that the announcement of Uncle Pepe of the Puerta del Sol does not collapse.