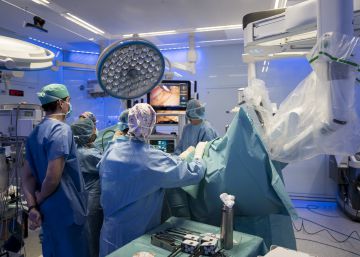 Until now, a liver could remain outside the body at 4 ° C for a maximum of 12 hours before being transplanted. At that time, which is little more than one night, the cells suffered. The doctors, against the clock, took them out of the body at 37 ° C, submerged them at 4 ° C and a few hours later, reheated them in a hurry. “We always have to fight against time so that the organ remains in the best possible state; everything that prolongs its useful life and leaves it intact is very important, ”explains Beatriz Domínguez-Gil, director of the National Transplant Organization (ONT). Now, the process of supercooling or supercooling in Spanish – cooling the organ to four degrees below zero without freezing it and with an oxygenated blood perfusion system – has preserved the liver for 27 hours without damaging the functioning of its cells, according to research Massachusetts General Hospital (MGH) published this Monday in Nature Biotechnology.

The liver, due to its volume, has a great risk of freezing and of losing its viability when suffering injuries, as Reiner De Vries, one of the authors of the study. "We had to quickly prevent the formation of ice because it is the biggest threat of the cells," he says. To this end, experts have decreased the contact of liquids with air and added antifreeze agents, such as glycerol. In order not to damage the tissue of the blood vessels due to the added substances, a hypo-thermal perfusion machine allows the organ to be conditioned. The same technology – already managed in hospitals with the hope of prolonging the preservation for a few hours – It is used to warm the liver gradually for three hours while the lost blood is added again, as explained by Shannon Noella Tessier, co-author and researcher at MGH.

"The amount of organs is insufficient to cover all needs"

These 15 hours of extra life of the organ will improve the life of patients after transplantation, De Vries believes: “With a better preservation method we will have time to look for patients with excellent compatibility. That will reduce the risks of rejection and increase the life expectancy of the organ in the recipient. ”To ensure the viability between the donor and the recipient, before and after preservation, professionals have taken two livers (already discarded by clinics): one that did not produce bile and another that did. At the end of the treatment, the two organs remained intact, with the same characteristics and capabilities prior to the experiment. In addition, the liver is often removed with lesions. due to the donor's age and to the damage he suffers during the hours in which he is at 4ºC, but this new process, by not worsening the state of the organ while he is without an owner, promises that the transplant will come out better, hopes José Antonio Pons, president of the Spanish Society of Liver Transplantation (SETH). "This method is important for an organ that is very fragile but viable," he says.

Thanks to the discovery of the MGH – waiting to be applied in the clinics – the opportunities for transplantation still scarce would increase. "If that occurs, the system of this study will have reduced the mortality rate (3% to 5% in Spain)," he says. Beatriz Domínguez-Gil.

A respite for logistics

Spain tops the number of transplants worldwide with 113.4 operations per million inhabitants, closely followed by the United States (109.7) and well above the European average (66.9), according to the latest World Transplant Registry. Although the waiting list for a healthy liver has declined, from 800 patients in 2015 to 366 this September, "the amount of organs is insufficient to cover all needs," said the director of the ONT. For her, the main cause of saturation in the system is due to the lack of opportunity detection. “But it is clear that this study will help us in logistics. We can have time to analyze the liver and not discard any, transport it over longer distances and treat patients and family members with more professionalism, ”he concludes.