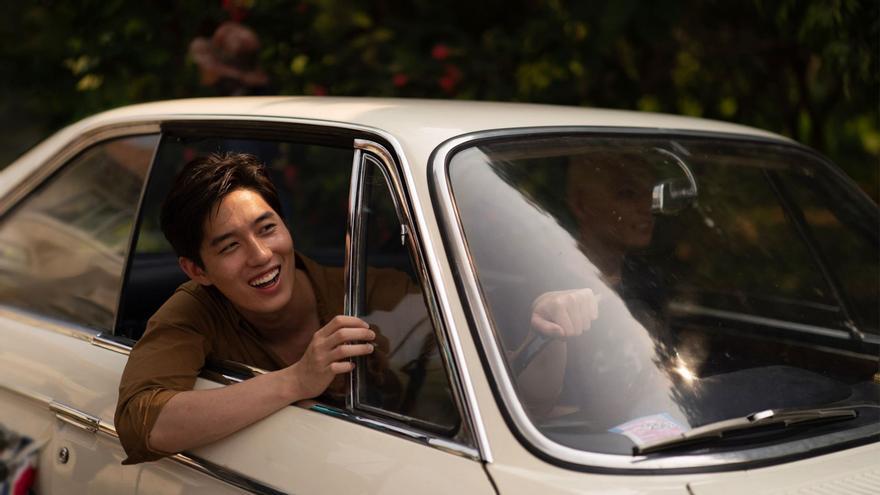 Los Angeles (USA), Jan 28 (EFE) .- The Sundance Film Festival, the most important event for independent cinema in the world, today uncorked its 2021 edition entering unknown territory with a virtual and reinvented contest of top to bottom due to the coronavirus pandemic.

With fewer days than usual (from January 28 to February 3) and without the typical pilgrimage to the snowy mountains of Park City (Utah, USA), Sundance has turned this time around in transferring its network passion for “indie” cinema and his tireless promotion of new talents on the big screen.

Tabitha Jackson, director of the festival, assured today at the opening press conference that Sundance has faced “a complete reimagining”, forced by the coronavirus, with the aim of preserving “the pieces that form the essence” of the contest and bringing them together in “something different”.

“The energy of the festival, the artists in the center and the moments of connection with the public”, summarized Jackson on the keys that Sundance wanted to preserve in this virtual edition.

It’s going to be a litmus test for Jackson, as she was chosen as Sundance director last year just two months before the global coronavirus crisis broke out.

“We don’t just want to fill the void left by our in-person festival: there is a potential opportunity to make an even broader impact for artists,” Sundance Institute Executive Director Keri Putnam said today.

WHAT CHANGES AND WHAT NEXT

The main novelty of Sundance 2021 is that, to avoid the coronavirus, all its programming can be enjoyed on the internet.

This avoids worries of other years (like the dangerous races through the snowy and icy streets of Park City to reach theaters), but brings some new ones (the fear of piracy).

However, Sundance has wanted to preserve some of the magic of the projections with the so-called “satellite screens”, a small group of drive-ins and small theaters that, in American cities such as San Francisco or Houston, will offer part of the festival’s programming.

The screenings on the net will prevent spontaneous circles between the public and conversations with the filmmakers to comment on the films.

But to correct this absence, Sundance 2021 will enable virtual discussions with artists, as well as online spaces for viewers to share their impressions.

Sundance has also not forgotten the pursuit of diversity in its programming.

“The founding mission of Sundance (a festival created by Robert Redford in 1981) revolved around putting voices at the center that had been left on the margins or confined to the margins,” said Jackson.

In this sense, around half of the more than 140 films and projects that are part of the festival were directed by one or more women, around 50% had black people as filmmakers, and approximately one in seven were directed by filmmakers who identify as members of the LGBTQ + community.

Regarding the business side of the festival, Sundance is expected to continue to be an important market for buying and selling films and projects.

And this year it is possible that it will have a relevant weight in the Hollywood awards season due to the delay of the most important galas (such as the Oscars) and the extension of the nomination period until well into the new year.

DOCUMENTARY AS A FIRST COURSE

The opening day of Sundance has two of its main bets in non-fiction: the musical documentary “Summer Of Soul (Or, When The Revolution Could Not Be Televised)”, by Questlove (referring to The Roots), and the title about the pandemic in China and the US “In the Same Breath”, by Nanfu Wang.

Other films that star on the first day of Sundance are “CODA”, which has in its cast the Mexican Eugenio Derbez; and “One for the Road” by Baz Poonpiriya and with Wong Kar Wai as producer.

LATIN CINEMA WILL BOAST A REMARKABLE PRESENCE THROUGHOUT THE FESTIVAL.

In the Sundance section of American documentaries, “Rita Moreno: Just a Girl Who Decided to Go For It” by the Puerto Rican Mariem Pérez Riera, “Rebel Hearts” by the Brazilian Pedro Kos, and “Users” by the Mexican Natalia Almada will compete.

The Hispanic participation in Sundance will continue in the section of American dramas with “John and the Hole”, of the Spaniard Pascual Sisto.

In addition, the international drama competition includes “The Planet”, by the Argentine Amalia Ulman and with the Spanish Nacho Vigalondo in the cast; “The dog that does not shut up”, by the Argentine Ana Katz; and “The Pink Cloud”, by Brazilian Iuli Gerbase.

“Son of Monarchs”, starring the Mexican Tenoch Huerta, will be seen on NEXT (a non-competitive section of Sundance for the most innovative films).

And aside from Latinos, fully established figures such as Tessa Thompson and Ruth Negga (“Passing”, Rebecca Hall’s directorial debut), Ed Helms (“Together Together”), Nicolas Cage (“Prisoners of the Ghostland”), Michael Cera (“Cryptozoo”), Olivia Wilde (“The End of It All”), Robin Wright and Demián Bichir (“Land”) and Daniel Kaluuya and Lakeith Stanfield (“Judas and the Black Messiah”) will also appear at Sundance.