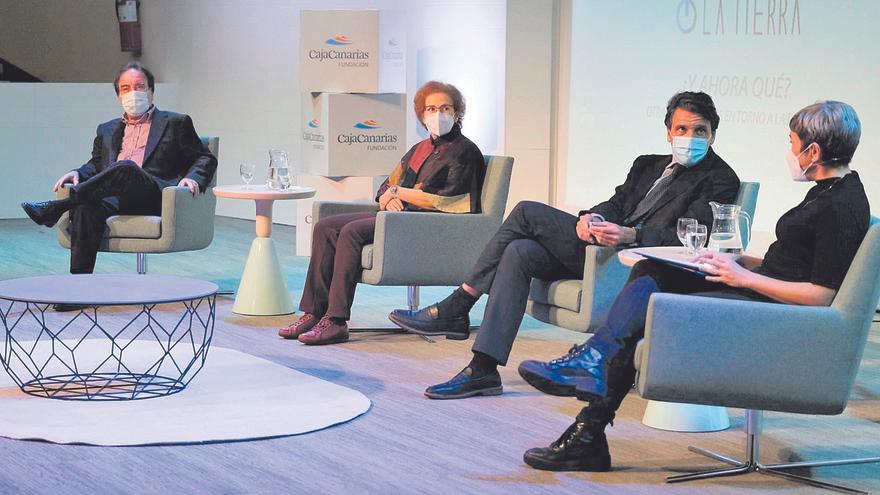 Suicides in children and adolescents have grown by 5% as a result of the pandemic. And is that the coronavirus has been, as predicted by the World Health Organization (WHO), “the perfect storm for a wave of mental disorders to occur.” The data corroborate it. Today the health services treat 20% more disorders than two years ago, as the psychiatrist, Celso Arango, pointed out yesterday.

Despite what might be expected, the youngest have been the most affected by the confinement and subsequent loss of social life. “The pandemic has stolen the identity of adolescents,” Arango remarked. There are many who have lost what little control they could have over their lives and believe that nothing is fixable in the short term. “Many girls, who are getting younger and younger, are looking to restricting their food intake for a formula to feel like they have control over something,” warns the expert. Faced with this increase in eating behavior disorders (ED), Arango is clear: “It must be addressed correctly because it is a mental pathology that not only does a lot of damage, but also kills.”

The expert exposed this devastating scenario in the first session of the Turn on the Earth forum, organized by Fundación CajaCanarias and in which the virologist Margarita del Val and the epidemiologist, Amós García Rojas, and the scientific journalist, Pampa García also participated. “But let’s not be fooled, the mental health pandemic is not the COVID one; Before we had a lot of mental disorders and now we have a few more, ”said Arango. The three experts analyzed the consequences that the passage of the coronavirus pandemic has had on Spanish society, as well as its future implications for mental health, science and healthcare.

In this sense, García Rojas was somewhat pessimistic about the future scenario and the lessons learned after the passage of the covid. “When the pandemic broke out, the health system was weakened, and we hope that with this blow we understand that it must be pampered and cared for to guarantee a state of well-being,” claimed the epidemiologist. Successive cuts caused many services to “spill the glass” in the first wave. “In this country there is a structural deficit in primary care, mental health, waiting lists and early diagnosis,” added Arango, while emphasizing the need to properly equip all health services, although the forecasts are not at all promising . “Of the 140 million that are going to arrive from Europe, we are only going to invest 2.5% in Health,” the psychiatrist reported.

This speech was complemented by that of Margarita del Val, who insisted on the importance of prevention through science. “Being prepared is also research and having prior knowledge can help us do this,” he explained. In this sense, both experts bet on “reorganizing priorities” by making a defining bet on Spanish science. “We need to establish a social structure that makes it possible to establish a research framework in this country, because we have plenty of talent, but we lack investment,” claimed García Rojas.

The appearance of omicron

With the appearance of the omicron variant, in addition, the inequalities in the world have been highlighted once again. The reduced access of third world countries to vaccines has made it easier for the covid virus to continue to mutate and show new faces, with enough potential to destabilize economies around the world again. Hence, the message from the experts is clear: no one should be left behind. Vaccinating the most vulnerable on the planet is not only peremptory from a solidarity point of view, “it also has its selfish point,” as virologist Margarita del Val insisted yesterday. The researcher also emphasized that although the third dose must be used as a “safety measure”, one must not fall into “hypervaccination”. “We must not put out fires where there are none,” he insisted, emphasizing that the most important thing now is to ensure that all countries have access to the vaccine. “South Africa is the most vaccinated country on the African continent and only 25% of its population has received this protection,” said García Rojas. “They are clearly insufficient and only increases the difference between rich and poor countries,” he declared.

The next three weeks will be fundamental to know how the new variant will affect the planet. During this time, scientists will evaluate the impact of vaccines on the variant as well as its potential impact on contagiousness and virulence. «I think that vaccines are not going to be unauthorized before the variant. They will continue to be powerful, ”said García Rojas. Del Val agreed with this statement, pointing out that with the vaccination levels that exist in South Africa, “the protective quality of vaccines can be clearly seen with experience.” The solution to the problem of the emergence of new variants or strains in the world is precisely in Africa. “With a massive campaign strategy this problem will be solved,” said García Rojas, who, however, pointed out that for this it is necessary to provide developing countries “with a health structure” that allows such a milestone to be carried out.