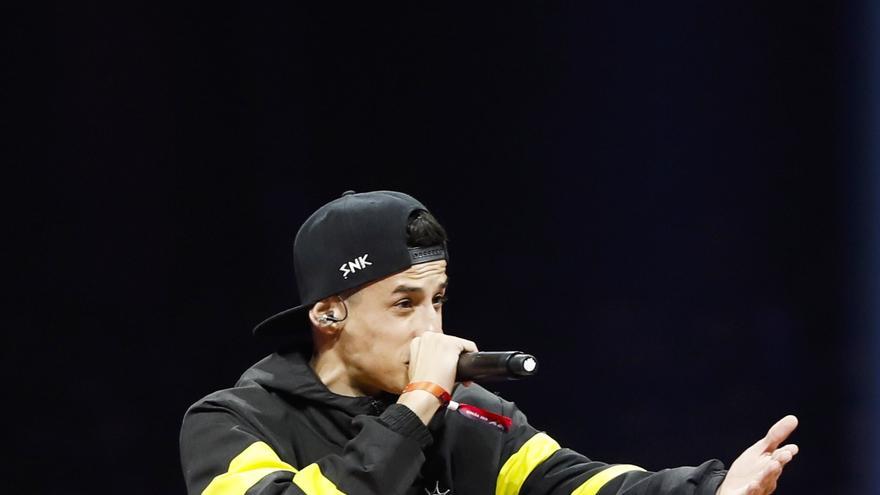 Madrid, Dec 12 (EFE) .- SNK faces the Red Bull Batalla de los Gallos International Final as one of the highest aspirants to lift the champion title after his fourth place in 2019, in his “best possible version” and “ready to make history “, which would open doors for the Costa Rican scene.

SNK is confident hours before the International Final of Red Bull Batalla de los Gallos this Saturday: “I arrive in my best possible version. I have trained a lot, I have learned a lot about myself during these months,” he says in an interview with Efe .

After achieving the greatest feat in the history of Costa Rica by finishing the 2019 world event in Madrid in fourth place, SNK reissued its national victory by proclaiming itself two-time national champion and faces the event as one of the fittest roosters on the list, which includes legends such as Skone, Bnet, Aczino or Valles-T.

“I’m ready to make history,” says SNK, brimming with confidence after its recent milestones. “Before I put everything in the hands of God, but now, in addition, I come to win. A few months ago I was going with the intention of doing a good job, and currently I seek to win every day in everything I do. I am no longer ‘the one from Costa Rica ‘for others. Now I’m SNK. ”

SNK is focused on showing that what happened in Spain “was not luck.” “In my country I don’t feel pressured. I showed what I was capable of last year, when I was anonymous and I was fourth on another continent and in front of 17,000 people,” he recalls.

Regarding the rest of the participants, SNK affirms that “there is no weak rival”: “They are all very good. Both the first level and those who do not have so much name are rapping in an incredible way”.

However, the Costa Rican champion considers that the absence of public due to the pandemic will equalize the confrontations: “The fact that it is without an audience is going to be very nice. It is a face to face in which they will not yell at some more than others, but where you will notice who was at home training non-stop and who was playing Play “.

Regarding the lower development of the scene in Costa Rica compared to other leading countries in the discipline, SNK considers the lack of filming “a small disadvantage”: “The fact that we cannot practice so much at the highest level forces us to train more than the normal thing. In other countries they face almost every week in professional formats with world-class people. It is enough for them to train a little because they finish sharpening on stage “.

In addition, SNK is aware of the opportunity that an appointment like this represents for the Costa Rican circuit: “Enlarging the scene and opening more doors comes hand in hand with doing a good job. More than a personal milestone, because I already have the happiness of dedicating myself to freestyle professionally, doing it well would help my colleagues see improvisation as their job. ”

“There are many competitors from my country who are very good, but they do not have the possibility to attend events constantly or to collaborate with brands. They have to dedicate 8 hours to work in a normal job, they come home tired and they can only train for half an hour. How are they going to grow? If I lead the way, more brands will go looking for the next SNK “, he says.

SNK wanted to send a message to the public who will follow the event from their homes: “They have come to censor our work. Anyone who wants to talk about something goes on stage with fear of saying it. In networks they threaten us, insult us … I just ask you to enjoy it, know how to appreciate it and digest it. Everything is a ‘show’ and you have to understand that when SNK gets off, Sergio continues with his normal life “.