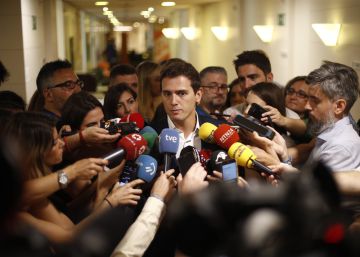 Citizens has registered this Wednesday in the Congress of Deputies a new bill to regulate the bellies of rent, a practice prohibited in Spain. In the middle of the week of celebration of the Gay Pride in Madrid, the formation announced that it recovered the initiative already presented in the previous legislature. As a main novelty, pose that the practice can be performed for a family, as announced by the deputy Patricia Reyes, unless there is a psychological report that discourages. In the previous text, it was not allowed. Reyes presents the regulation of hiring bellies, which are banned in Spain, as a claim by the gay community and also an option for women with medical problems.

The model that defends training is the so-called altruistic system, which countries apply like Canada or the United Kingdom, whereby a woman undergoes hormonal treatment, assumes the risks of pregnancy and childbirth and delivers the baby to third parties who, in some cases, were unknown before the process. The pregnant woman can only receive in return the reimbursement of the expenses incurred during the process. Normally, it is included in a contract between the parties that, among other issues, establishes the physical perimeter in which the pregnant woman can move, guidelines about her sexual life or the compensation she will receive if there are complications in pregnancy or childbirth, such as a total or partial extirpation of the uterus (hysterectomy), valued at Can $ 2,000 (€ 1,328) in one of those contracts reviewed by this newspaper.

It is not the first time that Rivera's party presents a proposal in Congress to try to regulate the wombs of rent, also known as surrogate pregnancy, which assumes that a woman generates a child for another couple. Both in this project and in the one registered in September 2017, which was left unchallenged, they speak of the "right" to gestation by subrogation. It is unknown when the new initiative will be processed, as Reyes explained.

The conception of this practice as a "right" is not picked up by international organizations. "A child is not a good or a service that the State can guarantee or provide, but a human being entitled to rights," says a March 2018 report of the UN Special Rapporteur on the sale and sexual exploitation of children. . "Therefore, offering the right to have a child supposes a fundamental denial of the human rights of the child under conditions of equality," the rapporteur continues.

Ciudadanos is the only party that has raised the possibility of renting bellies in Spain. Each year hundreds of Spanish families go to other countries where it is legal, such as the United States or Ukraine. In the latter country the Government closed the way to register babies last February, although there are families who continue to come and protest in front of the Consulate. In the electoral program for the generals of 28-A, Citizens presented it as a law "so that women who can not conceive and LGTBI families can fulfill their dream of forming a family." The PSOE, contrary to this practice, included for the first time in his program in the last general election act against agencies that act as intermediaries. "We expect a rectification of the socialist government, installed in insults and prejudices," said Reyes.