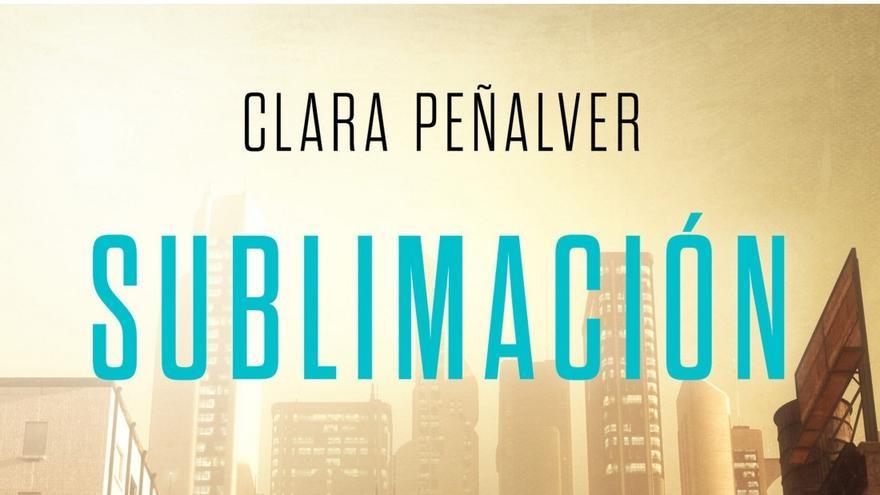 Madrid, May 20 (EFE) .- Before her “bell” humor began to “sour”, the writer Clara Peñalver got down to work to create the antidote to her anger at the “lack of affection in society “and political ineffectiveness:” Sublimation “, a dystopian thriller about death as a method of social control.

“What I wanted with this book was to shake me off, what I needed to understand was what was happening and try to form a positive opinion about the reality we lived in and thus return to that good vibes that characterizes me,” this Sevillian tells Efe with a “granaíno” heart, since it is in this Andalusian city where he has lived since he was 18 years old (1983).

And with this almost titanic objective, Peñalver began to write “Sublimation” (Plan B), a novel set in a city in which, sixty years after a biological accident that wiped out 30% of the population, death was has become the main business.

A place where Dante Hermo, the director of the Central Bank of Finados, moves with rhythm, the entity in charge of performing sublimation to anyone who can pay for it; the journalist Elia Melgar y León, a young man with no financial resources to look for the body of his sister to make a decent burial. Three characters that will be immersed in a plot of corruption of lifeless bodies.

A story in which the importance of what, according to Peñalver, is the “most powerful tool”, information, is analyzed in “noir” language.

“‘Sublimation’ shows some characters who have, specifically León, such a powerful motivation that leads him to try to change the system from his problem, and then there are other characters who end up in the same problem as León, but to flee from their realities “, qualifies the author also of other novels like” The voices of Carol “(2018).

But, none of this story would have emerged if “two sparks” had not been added to that existential anger. According to him, his friendship with José Antonio Muñoz, who was manager of the Granada cemetery until 2020, led him to discover a plot of real corruption that occurred in this cemetery.

It had nothing to do with the illegal trafficking of corpses that he addresses in his novel, but corruption and death were already there, presented on a silver platter to start his story.

“And to that is added – he continues with his story – that José Antonio tells me that there was a funeral director in France who was trying to implement a new way of making corpses disappear, which is through sublimation, a method closer to a normal incineration. Then I got an explosion and I put it in a blender and the shake ended up being asking myself what would happen in a society in which death is a form of social control. ”

To the intensity of the story, Peñalver puts paragraphs full of irony, as is the case in which the salary demands of the “mourners” hired by the Central Bank of Finados come into play to fire people whose sublimation does not come from many relatives or friends.

“If I raised a society in which death is the economic center, I had to include old figures, but from a current point of view, and to me the figure of the mourners marked me a lot when I met her,” he confesses with a laugh.

“Sublimation”, already in bookstores, has a past, since this story was born two years ago as an “original audio series” for Storytel, voiced by the voice actor Ramón Langa.

Peñalver, remember, he wrote it as a series of ten episodes only to be listened to, but since his soul is that of a “novelist” during confinement he got down to work to turn it into this novel in which he has left his “livers” , as this author also recognizes from children’s books focused on creativity and emotional intelligence.