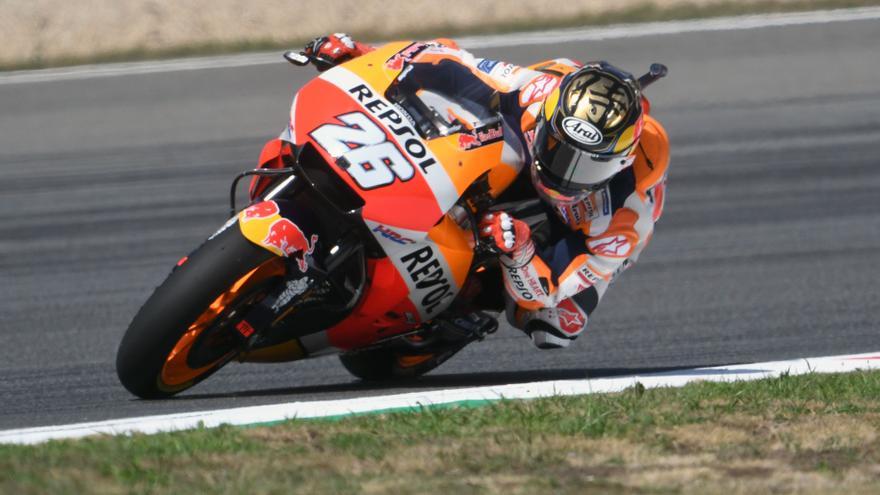 Frenchman Fabio Quartararo (Yamaha YZR M 1) returns in the MotoGP Styrian Grand Prix which takes place this weekend at the Red Bull circuit in Spielberg, after the long vacation period, as the great reference of the category, in which the great novelty will be the return of the Spanish Dani Pedrosa, withdrawn from competition at the end of 2018, as a “wild card” from the “local” manufacturer KTM.

In addition, the Grand Prix of Styria will have some more incentives, such as the Unlimited attendance and the return of British Cal Crutchlow to Yamaha, as a substitute for Italian Franco Morbidelli, who had to undergo surgery for a knee injury just at the beginning of the summer tour.

After not a few rumors, confirmations and denials, Dani Pedrosa will once again compete in a Grand Prix of the MotoGP World Championship, almost a thousand days after having retired from competition and not without the KTM factory, for which he works as a test pilot, it has been difficult to “convince” him to achieve it.

Thus, it will be interesting to see at what level the one who was three times runner-up in the MotoGP world and one of the great architects of the progression of the KTM prototype, the RC 16, is at the queen category of the world championship and on a route that should be known like the back of your hand because it is where the Austrian builder performs almost all his test days throughout the year.

If one of the “focus of attention” is going to be Dani Pedrosa, the other will obviously be the leader of the category, French Fabio Quartararo, who arrives 34 points ahead of his immediate pursuer, his compatriot Johann Zarco (Ducati Desmosedici GP21), to a track in which precisely the Italian mechanics of Borgo Panigale and the “local” KTM, should have a “plus” advantage according to the results achieved in the past by both brands.

With Quartararo and Zarco at the top of the points table, In chronological order they are followed by another Ducati representative, the Italian Francesco “Pecco” Bagnaia, one of the official factory pilots, with the second of them, the Australian Jack Miller, in fifth position, behind the current world champion, the Spanish Joan Mir (Suzuki GSX RR), who in this scenario was about to get his first victory of the year last season, but a red flag during the race ruined all his aspirations to achieve it.

In addition to Mir, his teammate, Alex Rins, must be another of the drivers to take into account, being in great need of points after accumulating five “zeros”, always fighting for the top positions in the category in each grand prix.

Another focus of attention, unquestionably, it will be generated by the Spanish Maverick Viñales, on everyone’s mind after announcing at the end of the Netherlands Grand Prix his break with the manufacturer Yamaha, of which he is the official rider until the end of the 2021 campaign and so his immediate future will be the great “question to be resolved” .

However, Maverick Viñales will have the clear objective of, once the pressure of not continuing at Yamaha has been lifted, to try to achieve the best possible results until the end of the season, although surely it will not be easy at all by ceasing to be “of the interest “of the Japanese manufacturer that he” knows “the latest evolutions of its YZR M 1 prototype.

And we cannot forget the eight-time world champion, the Spanish Marc Márquez (Repsol Honda RC 213 V), who has been able to “enjoy” a full month of vacation to continue his slow but progressive recovery after the serious injury that occurred. he produced at the beginning of last season and also to optimize his muscle “tone” for competition.

Márquez will surely be another of the references of the two weekends in a row that there will be in the Austrian circuit of the Red Bull of Spielberg, although this is not a circuit that adapts too well to the characteristics of the Repsol Honda or to the preferences of Marc Márquez.

His teammate, Pol Espargaró, on the other hand, arrives at a route that is quite to his liking And it will only be necessary to see how well he adapts to his new Repsol Honda on the Austrian track, where last year he nearly achieved his first victory with KTM and also in MotoGP.

His brother, Aleix Espargaró, will have to continue with the performance progression shown by his Aprilia RS-GP, precisely one of the teams that is “looking for a driver” for the 2022 season, after apparently the negotiations with him have cooled down somewhat. Italian Andrea Dovizioso, after the Viñales position at Yamaha was vacant, in which the Forlí rider also thinks.

Among KTM riders, obviously there will be both South African Brad Binder and Portuguese Miguel Oliveira, who already knows what it’s like to win this year (Catalonia) and climb to the second step of the podium on two other occasions (Italy and Germany).

It will also be necessary to “observe” closely the growth in their respective teams of the Spanish Jorge Martín (Ducati Desmosedici GP21), who should be much more recovered from the injury that occurred in his accident in Portugal, and Alex Márquez (Honda RC 213 V).