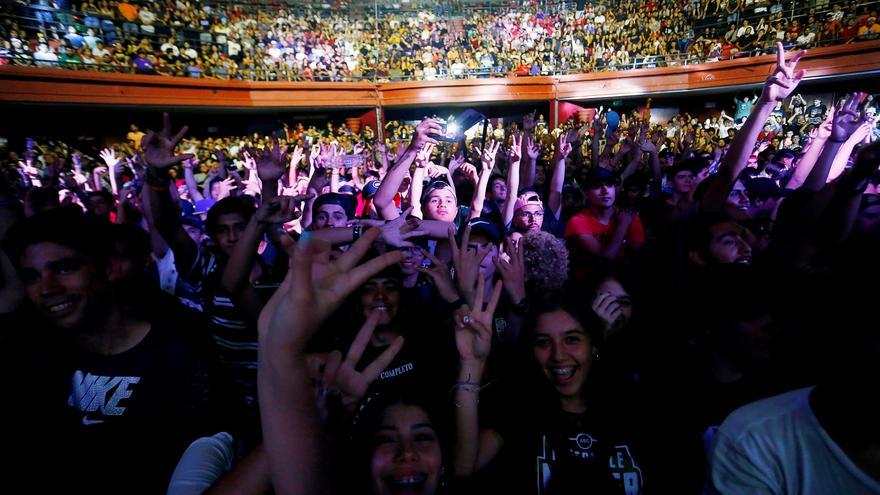 Drafting culture, Apr 17 (EFE) .- Stuart was proclaimed champion of the Freestyle Master Series (FMS) Argentina on the last day of the third season after beating Dtoke and managed to keep his distance from his pursuers Papo and Mecha.

Stuart inaugurated his record as a solo freestyler by winning the FMS Argentina title with his victory against Dtoke after a reply that allowed him to maintain his difference against Papo.

The result of the then leader resulted in a tie at 20 points at the top of the table with Papo Mc, who did add the three points directly against Cacha in a decaffeinated duel.

Stuart managed to undo the equalizer in his favor against his pursuer, who returned to stay at the gates of the championship for the third consecutive year, thanks to the PBT (points per battle).

The Santa Fe, who started as a solo leader before the start of the day, made the minimum difference of eleven points (2,980.5) to overcome Papo (2,969.5) and thus relieved the iconic Wos and Trueno in the position of best improviser of FMS Argentina.

Papo, who had already achieved the triumph of God Level All Stars WE Mexico with Stuart as a partner, melted into an emotional hug with his friend and accepted defeat after the final count by the jury.

“Many times, out of fear of myself, I said that I preferred not to win or that I was not looking for victory. But when I arrived with options on the last day, I realized that there were reasons to fight it. Not only for the people who are not there. , but for the people who also support me. I dedicate this to my old woman, who is watching me from heaven, “said Stuart after raising the glass from Missionary hands.

Thus, Stuart will be one of the main representatives of the Argentine ‘freestyle’ in the next edition of FMS Internacional, which will also feature the runner-up Papo, Mecha and Klan, third and fourth respectively.

Mecha, who before the day had remote options to win the title, hastened his chances by taking the three points against bottom Sub, who could not say goodbye to the league with a victory.

For his part, Klan needed two aftershocks to get past Nacho. In the fight for fourth place, the Buenos Aires rapper tipped the balance in his favor and got the last ticket to the World Cup.

In the fight for relegation, Wolf beat his brother MKS in one of the most emotional duels of the season. With his victory, the oldest of the Mansilla came out of the last places and condemned MKS to the eighth position for which he will play the ‘play-off’.

However, MKS has already announced that it will not participate in what would be its fourth consecutive season after confirming its withdrawal from the competition.

Similarly, Cacha, present in the three editions of FMS Argentina held until the record, finished penultimate and joined MKS, ending his time in the league.

“Thanks to the league for everything it contributed to me, I hope it was reciprocal,” concluded Cacha after his battle against Papo, in which the emotion and intensity characteristic of their confrontations was not seen.

Naista and Larrix, first and second classified in the promotion rankings, will occupy the positions of Sub and Cacha, while the young Zaina, third, will fight for his options to aspire to a place in the league against the aforementioned MKS.

On the farewell afternoon of the third edition of FMS Argentina and the last of the national leagues to conclude in this campaign, the popular ‘host’ Missionary also put an end to his career in the competition and said goodbye to the organization and supporters of through a message on Twitter: “Thank you all for this last dance. See you next time. I love you.”