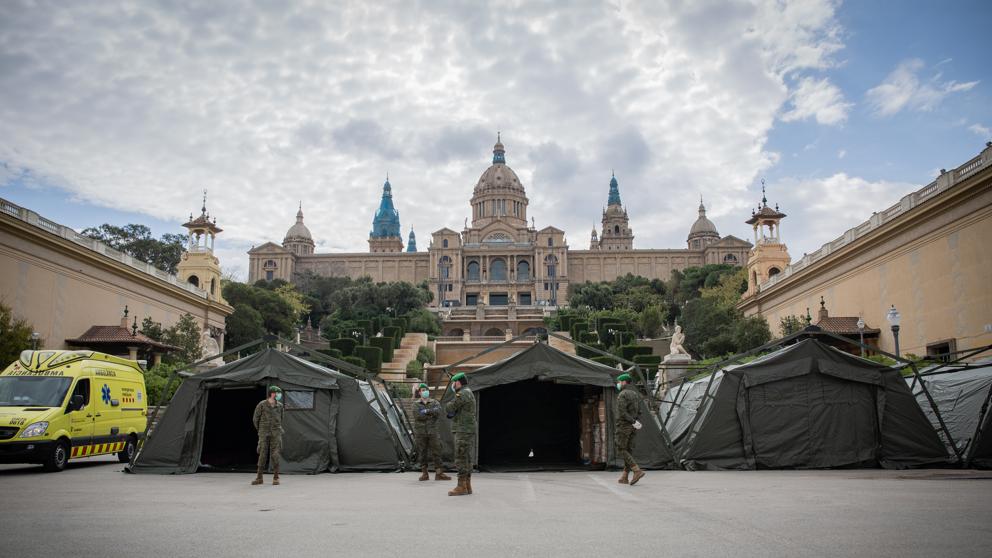 The Armed forces have registered in the last 24 hours a strong increase in its deployment throughout the Spanish territory and which are already 3,111 troops who are already in 203 towns, while yesterday there were 2,900 soldiers who were part of Operation Balmis, in 135 municipalities, according to the Chief of the Defense Staff (Jemad), Miguel Villaroya, at the daily press conference after the technical committee meeting for monitoring the coronavirus.

The tasks performed by these soldiers of the three armies, deployed, are mainly disinfection in numerous critical facilities and services, such as the Gavà air control center in Barcelona, ​​but also in 9 hospitals and today 154 nursing homes will be disinfected, with which the Army will have already disinfected 753 senior centers.

The Army is also carrying out tasks of support for the installation of reception centers and field hospitals, such as centers in Madrid and Barcelona or Madrid Segovia, Alcorcón, Cádiz, or Tenerife hospitals.

Also, these troops carry out transport tasks of sanitary material, such as those that will be carried out today between the Complutense University and the Gregorio Marañón Hospital, and the Army also supports the State Security Forces and Corps in the security of various nuclear power plants.

Furthermore, the Army Pharmacy Center has increased the production forecast by 50% of hydroalcoholic gel, of retrovillars and of paracetamol.