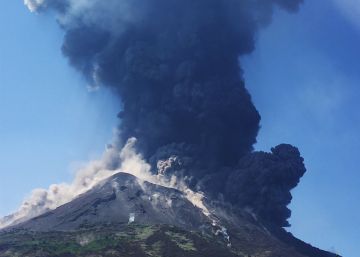 In each of his novels, Jules Verne managed to combine science and literature in equal parts. Without going any further, in the titled Journey to the Center of the Earth, its protagonists travel half the world after sinking beneath the earth's surface and visiting the bowels of our planet. The adventures of mineralogy professor Otto Lidenbrock and his nephew Axel start when they discover the cryptogram contained in a scroll.

Once the secret code has been deciphered, uncle and nephew realize the importance of the finding. Because the route indicates the route that must be followed to reach the belly of the Earth from its navel. Willing to do so, uncle and nephew descend to the crater of Snæfell, in western Iceland. They are helped by ropes and a guide named Hans who will accompany them throughout their adventure. In this way, they manage to reach the bowels of the Earth. In the end, after endless misfortunes, they will be thrown to the mouth of the Stromboli, a volcano that will spit them back to the Earth's surface.

In these days ago, the images of the eruption of Stromboli have reminded us of the novel that Jules Verne wrote. When the black cloud of ash that covered the skies broke out violently over the waters and people began to scream, Julio Verne's novel became a memory of the present time, especially in its last part when, in the middle of a rain of ashes, the protagonists are thrown through the mouth of the crater. It is at that moment when another volcano, crowned with smoke, can be seen in the distance. This is Etna, located on the Sicilian coast.

It is possible that Jules Verne, following the scientific method when documenting his novel, studied the coincidence of eruptions that occurred at the same time in Etna and Hekla, a volcano located in the southwest of Iceland. It is quite possible that Verne had looked into the relationship between both volcanic explosions and, in this way, adapted scientific knowledge to his fictional territory, taking the literary license to communicate the Snæfell with the Stromboli.

It is possible that Jules Verne, following the scientific method when documenting his novel, studied the coincidence of eruptions that occurred at the same time in Etna and Hekla, a volcano located in the southwest of Iceland

Serve the example of the volcanic explosion of Mount Etna, where Typhoon, the youngest son of Earth and Tartarus, was deity that inhabits the underworld and triggers hurricanes. Legend has it that Typhoon fought Zeus, tearing off his tendons. But these were recovered with the help of Hermes and their owner replaced the tendons as if they were some braces. After that, Zeus defeated Typhoon, whom he punished with the condemnation under Etna.

In the times when Jules Verne wrote his novels, the world began to be seen as an answer and the French author used such an answer to assemble his plots. But he did it without forgetting that the doors of the imagination only open when the world, in addition to being an answer, is also a question, although it does not remain in a vacuum and needs to rely on science to solve novel adventures. With this, after seeing the images of the eruption of Stromboli, it remains only to surrender peacefully to the violence of the volcanoes.