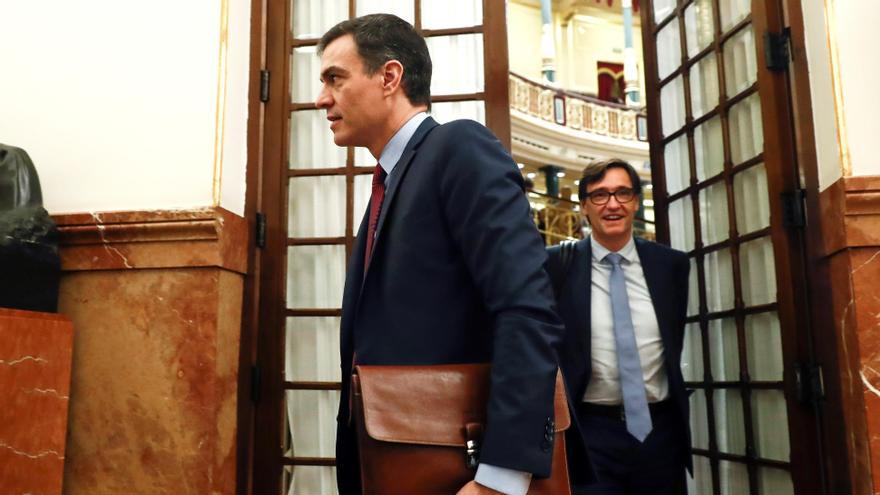 On Monday morning, the Ministry of Health sent the communities the draft of its ‘Plan of preparation and response to increases in transmission’ of COVID-19, which will have to be discussed in the Inter-territorial Council that Minister Salvador Illa chairs before regional leaders. It is expected that, after the amendments presented by the directors, it will be approved on Thursday. The plan is a guide to the legal framework, epidemiological indications and evaluation system for outbreaks that arise while the pandemic is not controlled, that is, for the next few months, until there is a vaccine. The plan includes three levels of action: the decisions of the autonomous communities, with Health powers; the coordination of the Ministry when a situation spreads between communities; and, ultimately, a new state of alarm.

Government sources have explained that the last step, which would be applied if the transmission affects all of Spain again, is not contemplated in the short term, since we are in a “control” and no longer “mitigation” scenario, such as between March and June. The plan they have sent to the communities has been reviewed this morning with the Prime Minister, Pedro Sánchez, Minister Illa and the director of the Center for Coordination of Alerts and Health Emergencies, Fernando Simón.

The draft contemplates the legal options that the communities have if the situation forces them to confine a specific territory again, as is happening in Catalonia with the province of Lleida. The same government sources have detailed that so far the legal mechanisms, such as the General Law on Public Health Measures, have worked, and only on this occasion are paralyzed by a judicial decision that the President of the Generalitat, Quim Torra, has responded with a law decree. Therefore, as long as there are legal mechanisms that have worked so far, no legal modification is foreseen.

The Ministry’s contingency plan, which is a guide that the communities will have to approve and adapt to their idiosyncrasy, includes a more detailed description of what the surveillance and notification systems should be like during this period of ‘new normality’. The idea of ​​the Ministry is to ensure that the health system, that is, primary care –including home care–, hospital and emergency care, function as a single entity. Also that there is a strengthening of coordination between communities, the main role of the Ministry, especially through the Inter-territorial Council.

The plan also includes a part of the strategic reserve so that Spain does not have total “external dependence”, indicate government sources, including the purchase of medicines, protective equipment or mechanical fans. The State would assume 25% of that reserve, the rest corresponds to the communities. There is a chapter also dedicated to the reinforcement of borders and the protocol that Foreign Health will carry out during all this time, which is the same one that was already being carried out: it will have to continue going through a questionnaire, a temperature taking and a visual review , and for a diagnosis in a health care center if one is not overcome.

The competencies in Foreign Health are from the Ministry and are a key role to tackle a second wave of COVID-19, since there is a risk that new cases will be imported. In addition to that, the Ministry will also have to lead the purchase of the vaccine, when it exists. There is a section dedicated specifically to that: “It is estimated that the first vaccines will be authorized throughout the year 2021, but it is still too early to know the efficacy and safety of the different vaccines.” It is already in talks with the European Union for the organization to carry out when that time comes, which will be managed in Spain by the Spanish Agency for Medicines and Health Products (AEMPS) “the body that will take decisions about each advance purchase process” .