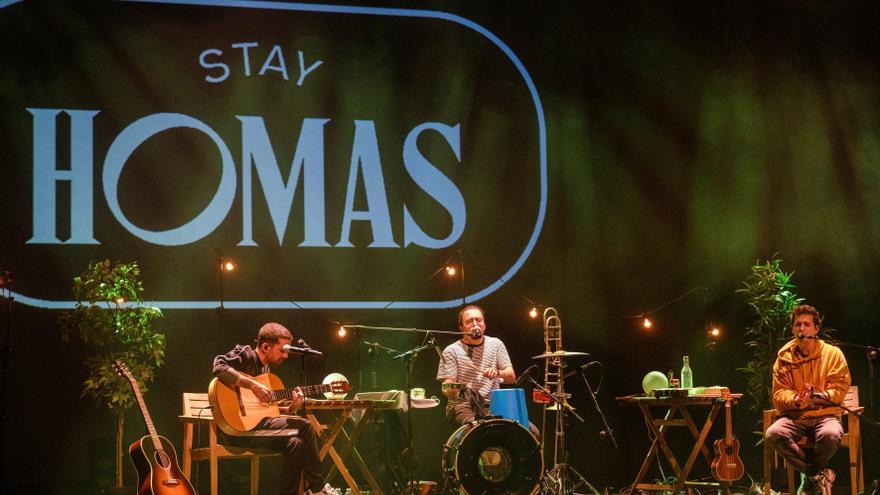 Barcelona, ​​Mar 15 (EFE) .- The musical trio Stay Homas has published on social networks a new song, “MF Homas Again”, which comes to light one year after the confinement that made them famous, and has announced that this song is the first of a total of ten that will be released in the coming months.

In “MF Homas Again”, which after 15 hours after its publication already has 228,000 views, the three roommates use their famous blue cube, a guitar and some maracas to announce their return from their terrace, after a time without post songs on your Instagram profile.

The song includes fragments of the lyrics of some of his most famous songs, to remember that “on a day like today they fell in love”, in reference to the publication of their first ‘hit’.

The group, made up of Klaus Stroink, Guillem Boltó and Rai Benet, was born when the state of alarm was decreed on March 14, 2020 and the three roommates were forced to confine themselves together.

The three musicians began to compose songs, record them on the terrace of their house and post them on social networks, and their initiative went viral.

After becoming popular, the group released their first album, “Agua” in December 2020, and on April 30 they will begin their international tour.

But first they wanted to commemorate the anniversary of their birth as a band with a song and they announced, with a lot of rhythm, that “we are coming back with more songs”.