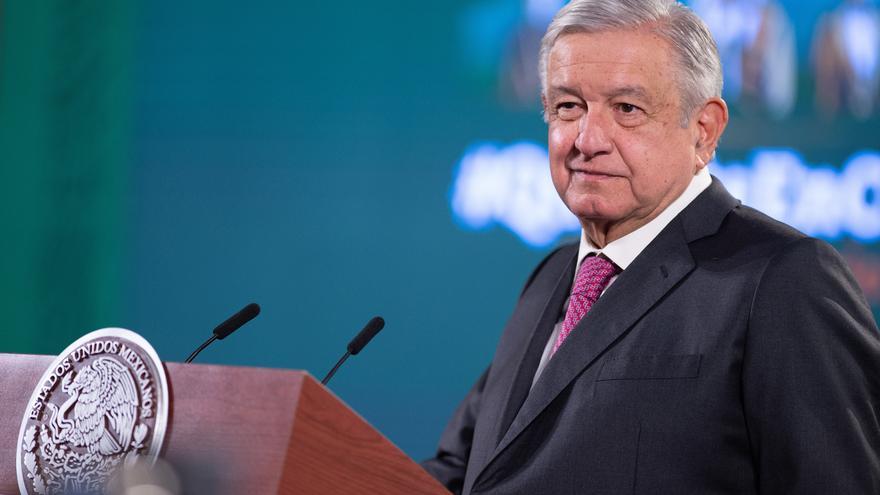 Mexico, Jan 13 (EFE) .- The Mexican president, Andrés Manuel López Obrador, criticized this Wednesday the censorship of social networks, such as Twitter and Facebook, and the alleged violation of the privacy of some platforms, ensuring that the Statue of Liberty from New York must be “green with courage.”

“Since they made these decisions (social networks), the Statue of Liberty in New York is turning green with courage because it does not want to become an empty symbol,” said the Mexican leader from the National Palace.

On January 7, after the riots in the United States Capitol, the Mexican president criticized Facebook and Twitter for “censoring” Donald Trump, although he did not name the still head of the White House directly.

This Wednesday, López Obrador recalled that he already spoke about what “the Twitter and ‘Face’ platforms did in recent times”, without again making direct reference to the blockade in these networks to Donald Trump, who this Tuesday in his Last visit to the border wall thanked the “friendship” of the Mexican president.

“It cannot be that a particular company establishes itself in the world institution, due to its scope, of censorship. Like the Holy Inquisition of our times, in what corresponds to social networks. This cannot be accepted, it cannot be allowed , because that goes against freedom, “he said.

In his speech, López Obrador spoke of the importance of not censoring anything in the “blessed social networks” because it is a space that allows everyone to give a voice, beyond the mainstream media.

In addition, López Obrador also spoke of the alleged violation of the privacy of some companies and social networks, which know “everything that human beings do”, as well as “our tastes, what we do in public and what we do in private” .

“And who regulates this, who controls it? What are the rules?”

The president also explained that today telephones are like “microphones” that listen to the user, and questioned whether this is “allowed” and is “moral.”

He finally said that Mexico is going to “attend to this matter”, gathering opinions and guaranteeing freedoms.

Twitter announced last Friday the permanent suspension of the @realDonaldTrump account, which had more than 88 million followers and had become the great public speaker of the US president.

The company, which had temporarily blocked the account after Trump justified the assault on the Capitol by his supporters, decided to make the veto permanent at the risk of “further incitement to violence” after new messages from the outgoing president.