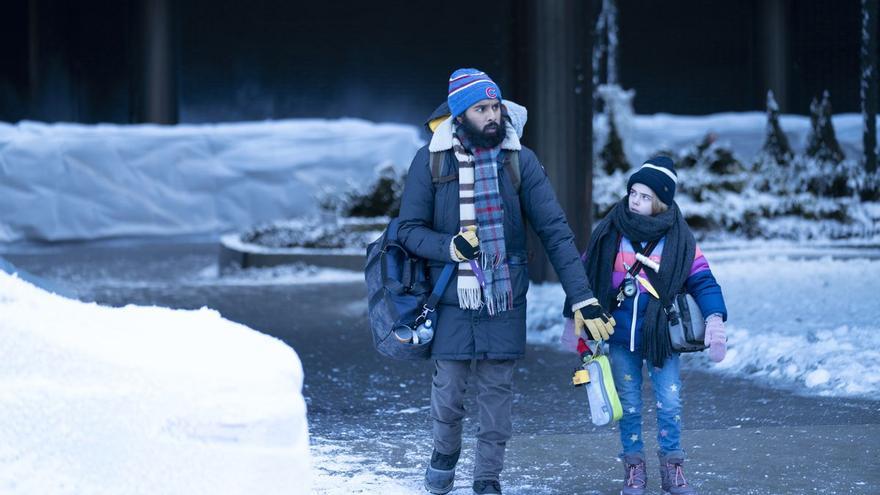 Swallowing another series about apocalyptic futures and pandemics can make more than one ball. Proposals of this style in the catalogs of all platforms have been and are in many ways, until reaching the limit of saturation. For this reason, Station Eleven on paper it might seem like the worst of plans. But whoever manages to leave these prejudices behind will find a television jewel that in the last stretch of the recently ended year rose as one of the best series of 2021. It was one of the great bets of HBO after moving to its new platform, HBOMax. Fifteen minutes into the first episode, the plot has already gripped you. Station Eleven presents us with a bleak future in which humanity was devastated after the rapid spread of a virus very similar to the flu. Sounds right to you? Only this time, the curve did not bend. The bug killed 95% of the planet's population.

The nine episodes move in two time planes. One is the outbreak of the pandemic, when the world as we know it comes crashing down. In the purest style of Collapse. The other takes place twenty years in the future, where the survivors try to get ahead to build a new civilization and, quoting Hobbes, Man is a wolf to man. The odd episodes tell of those events that remind us so much of what we have recently been through; and the couples make the leap to the post-apocalyptic world. There are many surprises when the moments arrive to show how these two timelines interconnect and give a new dimension to what we have seen so far. The creator of the series was one of the writers of The Leftovers, Patrick Somerville , and its imprint is noticeable. In fact, during the pandemic, many remembered this HBO classic as the perfect metaphor for the world we were living in. Station Once has a calm pace, but that way of being amazed at the intimacy of his protagonists allows him to later reach situations of great emotional intensity.

They say that the gestation of the series is prior to covid. It is based on a novel written in 2014 by Emily St John Mandel and its filming was fully affected by the virus two years ago at the beginning of the confinement. Even so, when the moment of the outbreak of the pandemic arrives, it is inevitable to remember scenes that are very familiar to us. Missing, yes, those hordes that in the days before the running of the bulls rampaged through supermarkets and rolls of toilet paper they became one of the most coveted goods. The sequences in which the protagonists try to stay afloat in the midst of chaos are the most brilliant. One of the best episodes is the fifth, in which a group of people get trapped in an airport in the middle of nowhere with less air traffic than Castellon.

The timeline of the future shows us a world without technology, very similar to that of The Walking Dead (but without zombies) and that we are getting to know through a theater company that travels from town to town making representations of shakespeare. An important fact that underlies one of the keys to the series. In this dystopian future, there is a conflict between those who want to preserve the past and those born after the pandemic who seek total rupture. The latter are a very similar group to which may be the guilty remnant cult members from The Leftovers. Station Eleven takes its name from the title of a graphic novel written by one of its protagonists before the end of the world and which took place on a space station. We never really get to know exactly what that comic is about, but its philosophy seems to have become a roadmap to a new Humanity for some of the characters.

Warning that spoilers come from here. Throughout the first episode, we see the apocalypse through Jeevan's eyes ( Himesh Patel ). The crisis surprises him when he was trying to help a girl (Kristen) to get home and both seemed to have to help each other at the end of the world. At the end of their particular confinement, we see them leave the house where they spent the last few months locked up and enter a practically unpopulated city covered in snow. When the series hits its first time jump and we see Kristen turned into an adult woman ( Mackenzie Davis) and without Jeevan, we assume the worst has happened to him and it will be one of those moments meant to punch us in the stomach at the end of the season. To our surprise, we see that Jeevan survived although their separation was traumatic. For this reason, the reunion scene is one of the most exciting. One of those in which time seems to stop and that is a pleasure to enjoy. An optimistic ending that ends up leaving a good taste in the mouth. In the end, the moral of the story is not as catastrophic as one might expect and leaves a door open to hope. Art always survives and, in the end, it is the one that serves as a bridge to unite the two parties in conflict. The question that remains is whether there will be a second season or the story will remain closed as we have seen it.