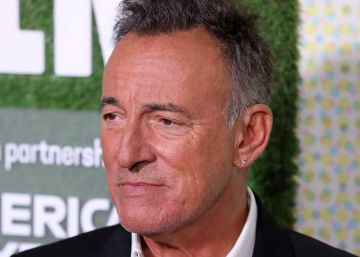 The United States has been telling itself and the rest of the world its own history for more than 240 years through legends. Bruce Springsteen is one of them. In the 1980s, when Ronald Reagan infused a belligerent patriotism and wild capitalism throughout the country, the album Born in the USA It was the consciousness desired by millions of Americans, who needed to hear again that they were a good people at heart and simple in the ways, proud of their country and their small communities, with a clean and generous heart. The small towns from deep America they were filled with teenagers with their Levi´s 501, their baseball cap in the back pocket, their white cotton sleeveless shirts and their pick ups Second or third hand, they drove aimlessly until nightfall every Saturday. It has rained a lot since then.

Springsteen has become a classic and his exceptional music is a fundamental part of the history of rock. It is in a vital moment immune to criticism. Everything you do will be consecrated in advance for your legion of fans, or welcomed with indifference by those who never got in the car. Those who dare to question their new songs will be seen immediately as grumpy purists determined to water the party.

He boss presented this Saturday in London a new movie: Western stars. For two days, film director Thom Zimny ​​recorded the artist, his wife, Patti Scialfa, a small band and 30 musicians from a wind and string orchestra, inside a centenary stable. It is part of the ranch that Springsteen has in the Californian desert, east of the city of Los Angeles. In a scenario that is itself a metaphor, with aged wood that smells like whiskey Smoked and straw remains that are already part of the decoration, sound all the themes of the new album, which has the same name as the film. "In each song you write your inner life and your daily struggles. But I try to make them small stories, and I like to tell them in a very cinematic way. I think all my songs have a lot of visual content," explains the singer. Plaid shirt, jeans and worn leather boots and impossible tips.

There is an America of Marlboro man who retains his powerful and evocative image. It is the difficult balance between loneliness sought and loved and the need to build community and neighborhood ties. Western stars Sandwich idyllic desert images and wild mustangs in each runaway in a runaway gallop. Springsteen walking among giant cacti under a clean and blinding sky; Springsteen sipping a shot of Bourbon while listening to the stories of old friends in the same bar built in the stable; Springsteen lost in thought as he drives miles and miles of an eternal road, behind the wheel – of course – of an old pick up. And yet, in the middle of a sequence of stereotyped postcards, the singer's voice and his reflections sound sincere and touching. His struggles with each of the inner ghosts that have never left him, his departure from depression, his attempts to tame a wild character every day, his homage to the small moments of happiness granted by all who have loved him for 70 years of life. It is precisely the photos rescued from the drawer and the old sequences shot with a homemade super-8 that most move the viewer. Bruce with his great love, Patti, playing the fool at the door of the cabin where they spent their honeymoon. Bruce and Patti rehearsing a romantic silent movie scene in the middle of a picnic table full of leftovers of food, tequila and beer. Bruce on the back of a Harley, with the face of eternal rebel. Bruce and Patti, hugging their children.

"It was a mistake not to have Patti for the recording of this album. That's why we wanted him to have such a prominent role in the film," explains the singer. The new songs of Springsteen drink from American popular music, under the inspiration of composers such as Burt Bucharach or Jimmy Webb, who never got to have the international projection of other artists but who are part of the blood supply that has fed deep North America for decades and isolated in itself. Impossible to interpret in a tour in conditions, the singer has decided to turn his experience into a film. And intimate music has led to an intimate film. It is moving to see Patti approach the microphone and support with her voice issues such as Stones, much more if one thinks that it is the lament and the resentment towards past loves of the singer. But the great presence of the companion of Springsteen is above all a last shot, almost at the end of the film, when on the rough and curly hand of the singer, behind the wheel, another knotty and worked hand is placed that transmits, at that moment, All the tenderness of the world.

Western stars It is the product of a man With more than 10,000 hours of profession behind him he can afford to rehearse with whatever he wants. No subject touches the heart. Maybe the one who gives the title to the album almost got it, or Sleepy Joe's Cafe Y Moonlight Motel. The latter because it helps to understand that Springsteen, in peace with himself and accompanied by family and friends, has earned the right to believe a cowboy and to meditate as Marco Aurelio.