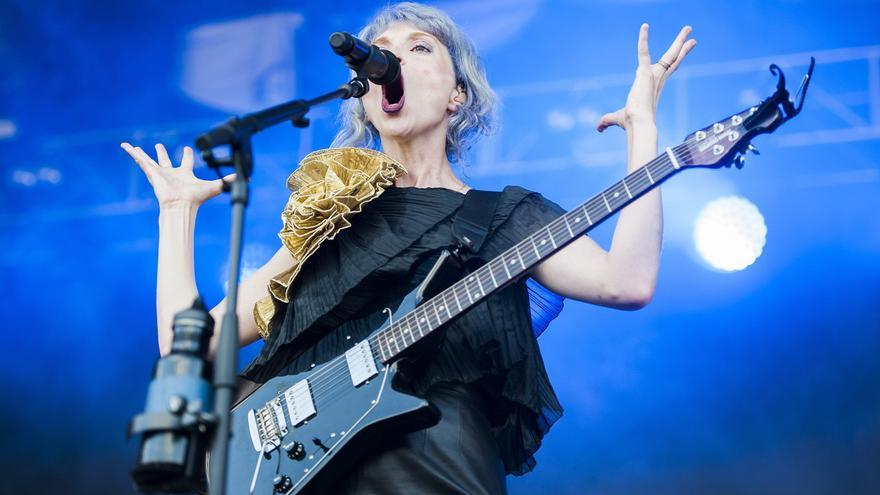 Madrid, Feb 25 (EFE) .- Annie Clark, better known by her artistic pseudonym of St. Vincent, has anticipated through a series of street signs that her new album, “Who’s Your Daddy?”, Will see the light next May 14.

“Wurlitzers warm and wit, bright and gritty, with squalor and style,” promises the American in those street messages that have been echoed through photographs by several followers on the internet.

It is not the only news that circulates in the network about the new material of St. Vincent. Thus, as Indietrónica has reported on its Facebook profile, the first single will be titled “Pay Your Way In Pain” and will be released on May 3 with production by Jack Antonoff.

The two have already collaborated together on Clark’s latest album, “Masseduction,” which was released in 2017 and won the Grammy Award for best “rock song” for its title track, as well as a nomination for “best album by Alternative music”.

Composer, performer and musician, Clark (Tulsa, 1982) was part of the Polyphonic Spree group in its beginnings and was a member of the band that accompanied Sufjan Stevens on tour before becoming artistically independent.

“St. Vincent” (2014), her penultimate work to date, definitely established her as one of the great figures in current music, being chosen as the best album of the year by such prestigious media as The Guardian or NME and taking the Grammy award in the category of “alternative music”.