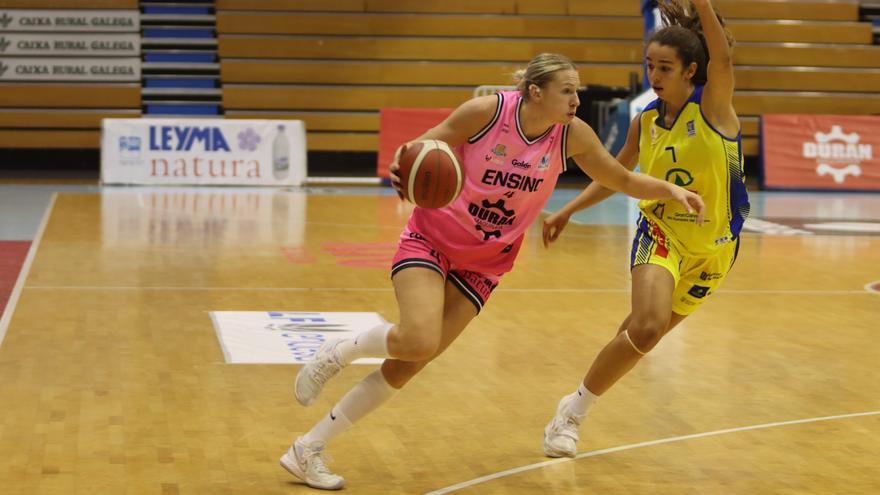 Uphill or downhill. The SPAR Gran Canaria players face the final stage of the Endesa Women’s League with the urgencies that give them their only five victories in the first 18 days, with the match pending against SPAR Uni Girona.

The appointment will be at 7:00 p.m., this Saturday, January 9, 2021, at the La Paterna Pavilion. And the rival, a team with more potential than the yellow team and that has eight wins that bring it quite close to its goal of contesting the title play-offs.

The return of Sparkle Taylor, already recovered from her knee injury is the positive news of the week for a game that will be played behind closed doors, and where the yellow squad is composed of Djénéba N’Diaye, Marta, Hermida and María Doreste, as bases; Gara Jorge, Elena Rodríguez, Dominique G. Blackwood and Sparkle Taylor, as bodyguards; María E. Almendro, Alina Hartmann and Carla Brito, for forwards and Kai James, Adji Fall and Sika Koné, in the inside positions.

A regular team of great players

José Carlos Ramos, coach of the SPAR Gran Canaria Basketball Club, has assured that “the match we are expecting this weekend in La Paterna against Durán Maquinaria Ensino Lugo is presented as a difficult match, but it is still one of our finals in home for the remainder of the season ”.

In relation to the opponent’s form, Ramos pointed out that “this is a team that is currently classified for the Queen’s Cup, made up of great players, who have even been to Gran Canaria, as is the case with Vega Gimeno , where she played the 2014/2015 season, and which adds 264 points and a 15.3 average valuation, ranking tenth in the ranking of scorers in the Endesa Women’s League ”.

Higher up is center Merrit Hempe, one of the team’s key pieces, fifth best scorer in the competition with 293 points. Among these great players also stands out the point guard Aleksandra Stanacev, who signed 16 points and six assists in the last match of the Galician team, and who with 26 PIR points joined the ideal quintet of the day.

In addition, the yellow coach has pointed out that Durán Maquinaria Ensino Lugo is a regular team, “but that they can win games very well and then lose others with teams from below. Even so, it is a complicated set that will make us suffer. We are going to try, as always, to fight to win it, which is our great goal ”.

As reported by the digital newspaper As Nosas, the team led by Carlos Cantero comes from a defeat against Lointek Gernika Bizkaia last weekend, with a final score of 66-78. A tight result, but in which the poor start of the game by the Galicians was decisive for not achieving the necessary comeback.

This is precisely one of the points that coach Carlos Cantero will try to remedy for the next Lugo appointment: “I hope to get a better start from the game, so it’s a matter of staying focused on the attack.”

The last signing of the Galician team, Nina Bogicevic, will also move to Gran Canaria, of whom Cantero explained that “his offensive quality in training is quite good, he has good shooting percentages, but he still needs to adapt to defensive concepts.”

For his part, José Carlos Ramos will once again have one of the key pieces of the team for this match, such as the American Sparkle Taylor. The coach has valued “the reincorporation of both Taylor and María E. Almendro, who have been absent in the last week due to different injuries, and that will allow us to have our entire squad again”.

Finally, and with regard to this final stretch of the competition, Ramos assured that “we have eleven games to play in this Endesa Women’s League, with all the enthusiasm in the world, and above all, four or five finals here in the La Paterna Pavilion, with teams from the lower area that will be fundamental for us. The objective is that in this month of January or February we will be able to seal salvation ”.