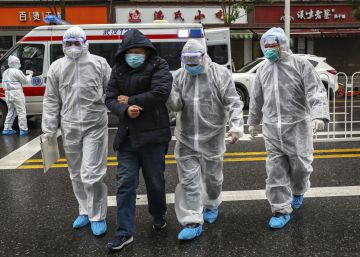 The specialized Spanish travel agencies and airlines with flights between Spain and China have already taken the first step before the coronavirus crisis, which it has claimed more than 100 lives. Most companies in the sector advise to cancel or modify the flights contracted to the Asian country. And the airlines facilitate that it is done without additional cost. “We are helping our clients to change the dates of the trips or to cancel them. The airlines are giving us facilities, ”Carlos Garrido, president of the Spanish Confederation of Travel Agencies (CEAV), confirmed to EL PAÍS on Tuesday.

In the absence of the World Health Organization (WHO) raising its risk assessment – so far the public health emergency of international interest has not been declared-, the private sector offers customers who had already bought their trips to China the option (and recommendation) to change their flight dates.

A measure that the entire sector is carrying out. This was stated Tuesday by Marti Sarrate, president of the Corporate Association of Specialized Travel Agencies (Acave): “We already have measures for those who have reservations. At the moment, it is only a recommendation, but people who have their flights purchased until the end of February may change the date. ”

All the actors involved also agree that the participation of the airlines has been fundamental. And they speak of an exceptional measure that is not usual. In fact, it has left the airlines themselves sending a circular to inform travel agencies about the constant questions and the alert generated. “In this case and during a reasonable time, they inform us that they will accept an exception in the conditions of the rates in relation to changes and refunds”, they count from different travel agencies that received it this Tuesday afternoon. And confirm that among the airlines that facilitate these changes is the Spanish Iberia (has a direct flight between Madrid and Shanghai).

From the Government, at the moment no action has been taken in relation to the movement of people to the area affected by the coronavirus. “They ask for caution, something that we transfer to our partners so that they are prudent,” Garrido explains, adding: “We take this measure for responsibility and for giving all the information and facilities to our customers.” Of course, from the sector they recognize that if the traveler wants to fly to China, he will be able to do it, although “under his responsibility”.

Given the time of the year in which this health alert occurs — coinciding with the Chinese New Year-, the problem for the sector in Spain can occur in arrivals, not so much in departures to the Asian country. “Many travelers do not usually go to China at this time. Yes you can feel the arrival of tourists from the country, since the holiday of their new year is a time when they usually travel abroad. There are more than 50 million tourists that can be lost, ”says Garrido. Last year, Spain received (until November) almost 700,000 Chinese travelers, according to the INE, who spent more than 1.6 billion euros, according to the Spain China Tourism Association.