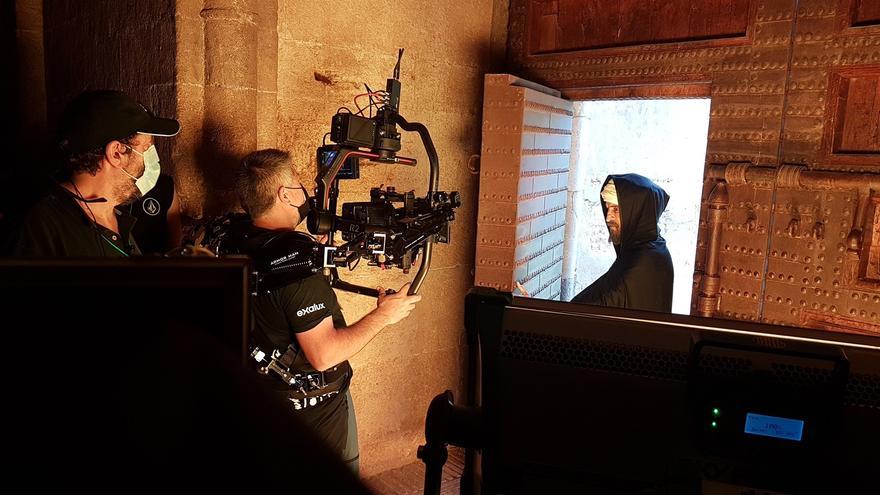 Madrid, Jun 9 (EFE) .- Telling the story of the visionaries who dreamed, designed and built the Alhambra in Granada is the objective of the documentary film “The Builders of the Alhambra”, which is currently being shot with the latest in digital technology to recreate the era.

Through a statement, Televisión Española, which participates in the project, has published this Wednesday the first images of the documentary film that combines narrative elements of the traditional documentary with historical reenactment, computer-generated images (CGI) and digital 3D, to recreate the Nasrid Granada.

“In the darkness of the Middle Ages the light shone in Al-Andalus, and under that light arose one of the most beautiful monuments in the world, the Alhambra”, has pointed out public television. The film is, then, “the story of the visionaries who dreamed, designed and built it, seeking to achieve the formula of perfect beauty.”

“Los constructores de la Alhambra”, a feature-length historical documentary with fictional elements, is directed by the documentary maker Isabel Fernández and features the Egyptian actor Amr Waked giving life to Al-Jatib, a first-hand witness of this golden age of Granada which tells for the first time the story of the creators and builders of the most important Muslim monument in southern Europe.

Carlos Berlanga, the global artist who inherited the genius gene