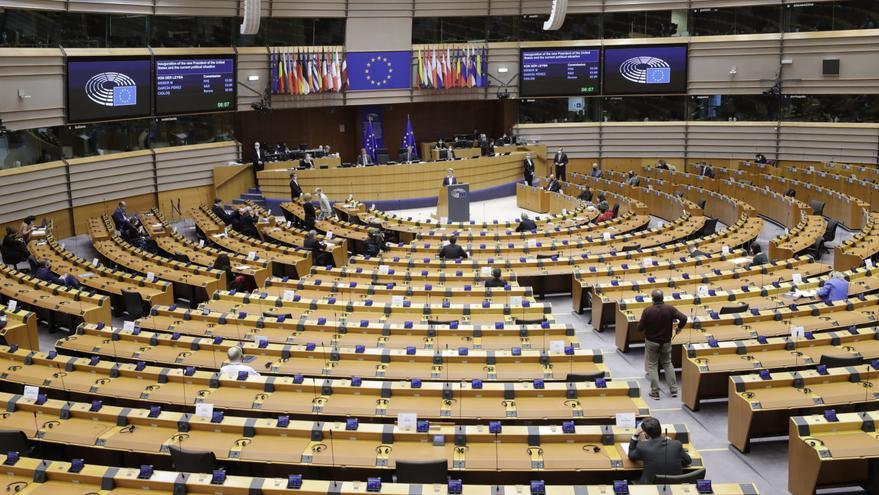 Brussels, Apr 5 (EFE) .- Ingenuity, creativity and social networks are three instruments, but not the only ones, that Spanish MEPs use to bring the policies of the European Union closer to citizens without filters: Esteban González Pons, Jonás Fernández, José Ramón Bauzá and María Eugenia Rodríguez Palop have shared their tricks with Efe.

Social networks multiply their communication options, but explaining the “European bubble” is sometimes a challenge because, as the popular MEP Esteban González Pons tells us, community politics is “boring, technocratic and difficult to follow”.

A pedagogical format for readers to learn, among other things, that the community club has the Nobel Peace Prize: "We have to make an effort not only to explain European politics, but to explain Europe's reason for being", Add.

"Europe has been a project to avoid wars and to reconcile, not to make us rich and, therefore, the EU of the future asks us to preserve that peace and that coexistence," underlines the politician, who has 92,100 followers on his Twitter account.

Both comics and other innovative ways of communicating respond to an alternative way of accounting for their parliamentary activity because "politics, to be democratic, has to communicate," explains Pons, either through "a Twitch channel, Twitter , a handwritten letter or a statement on the news ”.

Jonás Fernández (PSOE) agrees with this idea who, in addition to his fortnightly “newsletter” (bulletin), launched a podcast called Blue Card, a procedure of the EP so that legislators can take the floor by raising a blue card that they have in his seat.

"Blue Card tries to recognize the vivacity of the EP and, in turn, the podcast itself is a blue card", explains Fernández to EFE, and does so for those who "have an interest in European issues, but do not need 'background' on what what's going on ”in Brussels.

Fernández has also taken the Twenty-seven club to the International Trade Fair of his native Asturias in a stand that even has a “Euro Trivial”, another way of communicating: “generations change, the question is to maintain communication with all them ”, he concludes.

"Foreign with Bauzá" is another example of how Spanish deputies innovate in political communication. It is a series of videos that bear the signature of the Citizens MEP José Ramón Bauzá in which he seeks, "in five minutes and in a very concentrated but very rigorous way", to address international conflicts.

The legislator, who assures that it is "the community of social networks" who demands the theme of their videos, maintains that there is no better channel than another to communicate: "each user has a link with certain social networks (...) in depending on the information I choose one or the other ”, he explains, but considers“ a luxury ”to be able to express himself directly through the networks.

The network that MEP María Eugenia Rodríguez Palop (Podemos) manages best to convey her policies is Twitter, where she accumulates 22,100 followers, although she is also very active on her Instagram account (3,588 followers).

Palop posted on the platform of the blue bird a Christmas to congratulate a Christmas "without light", in order to criticize the supply cuts in the Cañada Real. In the video, which reached more than 120,000 views, the lights of the Community of Madrid contrasted with the darkness of the Cañada Real.

She also launched the “feminist vitamins” in her Instagram stories to “put a shot of energy and positivity” in the weeks before 8-M, according to her account, through videos in which she summarizes concepts about feminism and important struggles that are developed in this matter in the EU.