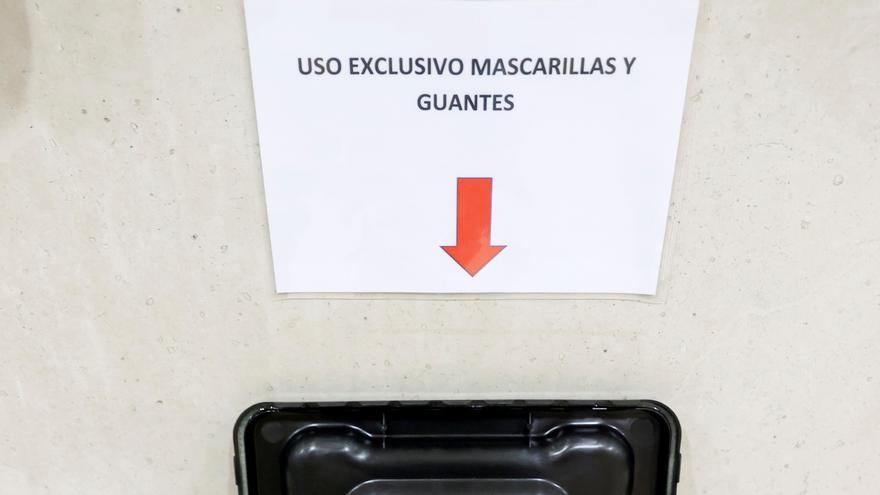 The new national manufacturers of masks believe that, now that the end of the pandemic is looming in Spain, they shouldn’t just disappear just like that.

“We are patients, although time is not in our favor. It would not be good if this newly assembled sector were to be lost,” says Francisco Sánchez, founder of Pi Medical and president of the recently created Spanish Association of Mask Manufacturers. “Our wish would be for the administration to value more the quality and safety of the national product. We will have to adjust production, as in any business. But we can make Spain self-sufficient.”

Sánchez is one of the many national businessmen who, in March of last year, rolled the blanket over their heads, bought machines and fabrics and began to manufacture sanitary supplies. Spain, like the rest of European countries, had a very high dependence on third parties: from Asia, but also from other important players such as Russia and Turkey.

Since the beginning of the crisis, the Spanish Medicines Agency (AEMPS) worked with the Ministry of Industry to see which companies could adapt their production. Even if the paperwork was slow and confusing at first, the agency developed an “exceptional procedure” to expedite licensing.

According to their report, in 2020 they granted 83 temporary licenses, in addition to 44 express licenses for masks and 33 for gowns, reusable or single-use. Many of these companies have applied for the definitive license. There are 19 associates in the Manufacturers Association, but they estimate that there are around 40 throughout the country. The joint production capacity of the partners is 180 million masks per month. And they employ 700 people in total.

The question is: what now? What do we do with all those new factories dedicated to a product that sooner or later will stop being used massively? What do we do after the Government insisted on the need to relocate and regain industrial sovereignty?

“They are fighting,” says Abel Ortiz, founder of Textil Ortiz, resigned. “Everyone supports us, but the tenders go by price and are taken by the Asians. Both Texfor, the Confederation of the Textile Industry, and the mask association, fight for this to evolve. Many of us have opted to invest and maintain the positions Now you find that they do not help you, because on top of that we have invoiced during the pandemic. “

Ortiz was one of the businessmen who saw the crisis coming before. When Spain was not yet confined, the fashion sector was already suffering because imports from Asia stopped. Large companies tried to relocate their production but they took their own medicineAfter years of manufacturing abroad, there weren’t enough plants to serve them. Ortiz, who specializes in lining, was still there. He hired people and covered the hole in the chains. “We try to make them realize that in Europe and Spain there is guaranteed textiles so that they do not bring polluting products from Asia,” he told this newspaper at the time.

Days after the declaration of the State of Alarm, doctors in his area called him “in a hurry” because they had no medical supplies. “They asked me if I could do something, especially robes. Anything I could. I told them I had a fabric that I have been working with for years to make waterproof robes”, explained.

Ortiz then set up a health division. He acknowledges that since December production has dropped a lot, but that as expected they are now working on a “post-covid” line. In addition to making masks, they use recycled polyester to make pajamas, sheets, and surgical drapes for hospitals. “The logic is that they are recycled and reusable materials. We are doing tests to take care of collecting it and delivering it again,” he says. At the same time, its clients in the fashion sector recover and that leg “begins to pick up speed.”

Newcomer entrepreneurs had little to do with the healthcare sector. Mascarillas Béjar, one of the best known, came from textiles like Ortiz (their owners were about to set up a “platform for commissioned collections,” according to the communication director, Elsa Martínez). Pi Medical is owned by Maxcolor Digital Media Labs, a photo printing company. Effimed is a brand owned by Efficold, a specialist in refrigeration for the hospitality industry, which in turn belongs to the Onera group, which owns Fagor.

Of all these, the only one that has presented accounts in 2020 is Mascarillas Béjar. They billed 15 million euros and gave 1.5 million profit, not bad for a recently created company.

“We have two cold lines: one for horeca (hotels, restaurants and cafeterias) and another for biomedical cold. As a result of the needs of the pandemic, we are committed to a new line of business”, says Xabier Bastarrica, director of Effimed. “Fortunately we do not depend on the national market for the mask. But we are not so sure that it will end. There is the delta variant, we are attentive to what happens in the southern hemisphere, countries like the United Kingdom and Israel are using it again .. The demand will be higher than in 2019. We will get used to having masks at home. Even if everything goes well and in 2022 there is no longer a pandemic, the mask will be an easily accessible product. “

“I believe that the mask has come to stay. The million dollar question is how much will remain. Nobody knows that,” adds the director of Pi Medical and president of the association. “But it is like traveling with a seatbelt: there are certain things that we no longer see the same way.”

The new manufacturers have already reduced production and believe that they will be able to stretch the business for a couple of years, perhaps not in Spain but in the rest of the world. Their forecasts are similar to those of Spanish supermarkets. From the Asedas employer’s association they point out that “it is a product that will accompany us for a long time”. By the time the pandemic is completely over, the producers trust that the public administrations will throw out more of them because they are Spanish, although for that it would be necessary to reformulate the tenders and not take into account only the price.

Asked about possible plans to keep the industry afloat, sources from the Ministry of Industry say they are “open to suggestions” and recall that manufacturers “were already warned that the day would come when the market would shrink.” For its part, the socialist group promoted a non-law proposal in Congress to create a strategic reserve of medical supplies and “support” national manufacturing.

“Now at least we are being listened to,” says Eduardo Alonso, CEO of Safe Iberia. “Let’s make a ‘hub’ in Spain, let’s keep an important part of the European market. As we have done with renewables.”

An added problem is that these new manufacturers are facing the old ones and, when speaking with the Government, they do not understand each other because they have different interests. The companies that were already in the market are represented by ASEPAL, the Association of Individual Protective Equipment Companies. ASEPAL celebrates the end of the use of the mandatory mask outdoors because “many opportunistic companies” will disappear.

In a recent statement, the director of this association, Javier Muñoz, pointed out that “a very high number of companies entered the mask sector opportunistically, with a certain level of intrusion and the absence of a minimum technical level. In several cases they did so with good intentions, contributing a grain of sand during the time of shortages. But many of these new companies thought that they were entering a business that was a goose that lays golden eggs, and that the price level and the level of demand it was going to stay in time. Now the vast majority will leave the sector quickly. “