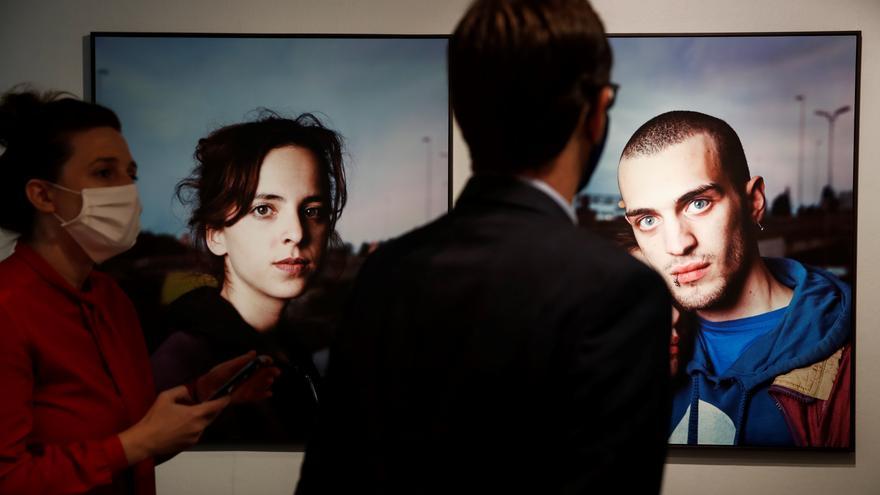 Santiago de Chile, Jun 1 (EFE) .- The Cultural Center of Spain in Santiago de Chile (CCES) has reopened its doors to the public this Tuesday after keeping them closed since March 2020 due to the health emergency caused by the covid pandemic -19.

In an act led by the Spanish ambassador to Chile, Enrique Ojeda, and with the presence of the Chilean Undersecretary of Culture, Juan Carlos Silva, the CCES has kicked off a reopening that will be gradual and that for the moment will only allow Entrance to groups of a maximum of 10 people.

Also present were the Minister of Culture of Spain in Chile, Sergio Carranza, and the director of CCES, Paula Palicio, as well as the head of the Visual Arts area of ​​CCES, Natasha Pons, who has guided those present on a tour of the exhibition that currently hosts the place, "The trip to Rome", with works by 14 leading contemporary Spanish photographers.

"It is a great satisfaction to finally be able to open the CCES, always complying with the sanitary measures of the Chilean authorities," Carranza told Efe.

"We have spent a year and three months with the doors closed, it has been a very difficult time for everyone, but culture and art are here. We want the people of Santiago and Chile and everyone who comes through these facilities to be able to enjoy Spanish and Ibero-American culture ", he added.

A FIRST STEP TO A FULL REOPENING

For his part, the ambassador has told Efe that he was excited about this reopening, which he hopes will be only a first step to be able to welcome larger groups of people as the pandemic in the country subsides.

Ojeda has valued that despite the fact that the center has been physically closed this time ago, it has been virtually open "and very active, with many activities of all kinds that will continue today."

"In addition, we have learned that with these virtual activities we reach spaces and segments of the population that before we did not reach," he added in this regard.

The diplomat also stressed that the reopening will be with a photographic exhibition "that has enormous force" and which he hopes may be attractive to people.

The exhibition "The trip to Rome" was inaugurated in virtual format on May 18 and from now on it can also be visited in person.

It exhibits the work of 14 prominent contemporary Spanish photographers who have passed through the Academy of Spain in Rome, a cultural institution created in 1873 belonging to the General Administration of the Spanish State.

"The Spanish Academy in Rome has welcomed generations of artists from different disciplines, photo, film, painting and other disciplines, and it is undoubtedly a benchmark of Spanish culture, it continues to be so and that is what we have now in a tremendously stimulating exhibition that we hope it can inspire the visitor, "said Carranza.