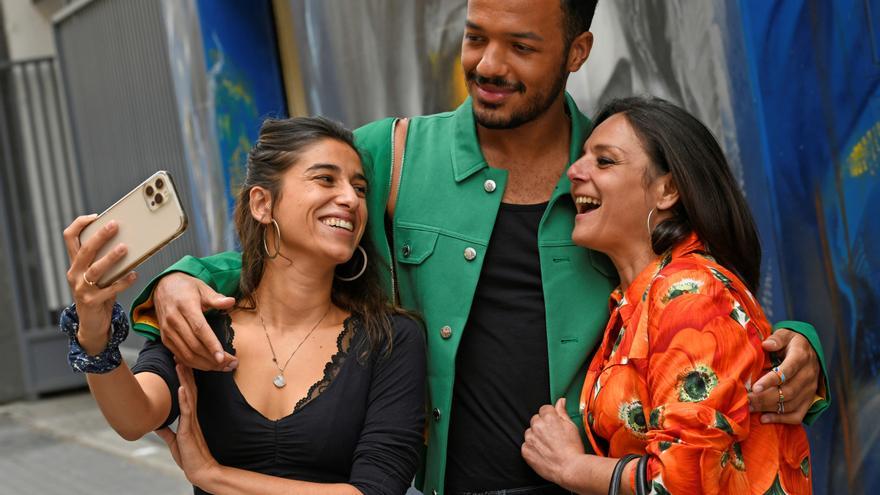 Madrid, Sep 16 (EFE) .- This Friday the Spanish comedies “Sevillanas de Brooklyn” and “El club del paro” arrive in theaters to face the most anticipated premiere of the fall, “Dune”, the adaptation of the novel by Denis Villeneuve’s Frank Herbert, with Timothée Chalamet, Zendaya and Javier Bardem in the cast.

The story of “Dune” follows Paul Atreides, a member of the family in charge of the exploitation of Arrakis, the only planet that allows access to a very precious asset. The Harkonen, who previously controlled the planet plan to regain power and Atreides flees into the desert. There you will face countless dangers.

Ana (Yuste) is a brilliant young Sevillian dance teacher and the only sensible member of a family that is about to be evicted; the mother tries to avoid it by deceiving an agency that pays to have American students in high-end homes; They wait for a blonde ‘Yankee’, but an African American appears.

TO FIX THE WORLD, BETTER DO IT FROM “EL CLUB DEL PARO”

David Marqués writes and directs this comedy starring Carlos Areces, Fernando Tejero, Adriá Collado and Eric Francés, in the roles of four friends who meet every morning in a bar to have a few beers and fix the world in their own way: criticizing and ranting Against everything and against everyone

The film has the collaborations of Antonio Resines, Javier Botet, María Isasi and Carmen Ruiz and the music of Muchachito Bombo Infierno.

“THE CONSEQUENCES”: KNOWING, NOT KNOWING OR NOT WANTING TO KNOW

Written and directed by the Venezuelan Claudia Pinto, “The consequences” is a terrible family drama starring Juana Acosta and Alfredo Castro, which was presented at the last Spanish Film Festival in Malaga.

Fabiola (Acosta) doesn’t like the lewd way her father looks at his 13-year-old daughter; During a trip to a small island, she becomes a spy within her own family nucleus, gripped by fear of what she may find and the need to know.

THERE IS NOTHING SO UNBREAKABLE IN ITALY AS FAMILY “TIES”

From Italy comes a family drama that begins in the present, but goes back thirty years when a marriage falls apart due to his infidelity while she drags her children in her suffering as a spiteful woman.

Directed by Daniele Luchetti, “Lazos” adapts the novel “Ataduras”, by Domenico Starnone, who has participated in the writing of the script, and has a cast of leading figures in Italian cinema, such as Alba Rohrwacher, Luigi Lo Cascio, Silvio Orlando , Laura Morante or Giovanna Mezzogiorno.

“BILLY” DOCUMENTS THE TORTURES OF BILLY THE CHILD WITH TESTIMONIES

Written and directed by the director Max Lemcke, “Billy” is a documentary film about the figure of Antonio González Pacheco, known in the Franco years by his nickname “Billy the Child”, who died without having been tried for torture of his victims when he was a police inspector of the Social Political Brigade.

“Billy” tries to propose a trip to the past through a score of testimonies of victims and survivors who at that time were mostly university activists: Chano Galante, Roser Rius, Lidia Falcón, Josefa Rodríguez «Asturias» or Francisco Rodríguez Veloso, are some of them.

On this occasion, Eppermint manages to evade a prison sentence in Thailand, but Taiko and Alex, united again, set out to arrest him. Their friendship will come under intense pressure as they find themselves on a risky mission.

THE STORY OF “CALAMITY” JONES IN CARTOON

Nominated for the European Film Awards, the Annie Awards and winner at the Annecy Festival of the award for the best animated film, “Calamity”, by the Frenchman Rémi Chayé takes up the classic story of the Wild West.

It is 1863 and Martha Janes must learn how to handle the horses of a carriage in order to participate in a convoy that transits through the western United States; one day he decides to put on pants and cut his hair.

“LIFE FORWARD” AND “LOS PALOMOS”, IN HONOR OF FERNÁN GÓMEZ