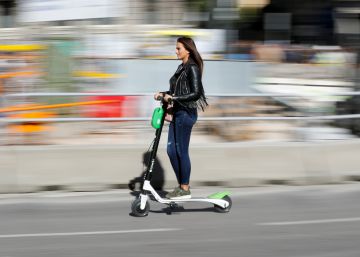 Transportation formulas are changing and women are the leaders of this transformation. They are the ones that are more committed to shared transport, have greater environmental awareness and better plan their trips. This is stated in the report. Opportunity cost of the gender gap in mobility, from closinGap presented this Thursday at the headquarters of the BMW Group. According to this study, conducted with a sample of 2,000 people residing in Madrid, Barcelona, ​​Seville, Valencia and Bilbao, lWomen generate 9% less CO2 emissions per day than men: a year, a woman generates 1,140 kg of CO2 and a man, 1,245 kg. Based on the price of the ton of CO2, the economic value of the pollution generated by them amounts to 31,350 euros more per day, which means 11.4 million euros per year. That is, the man generates an additional footprint of 255,000 euros a day. Thus, the State would save 93 million euros a year if society adopted the behavior of women in mobility.

Although the favorite transport of respondents remains private (cars, motorcycles and bicycles), the shared (both public and private) accounts for 39% of daily trips. "The mobility of the future is shared, connected and electric," said Manuel Terroba, president of BMW Group Spain and Portugal. Terroba emphasized the growing alternatives to private vehicles. These new modes of transport already represent 5.1% of daily journeys. The shared bike or bicisharing It is the favorite (2.8%) followed by the VTC – Driver Transport Vehicle – which already represents 1%.

In shared public transport, the gender difference in favor of women is six points in the case of the bus – urban and intercity – and the suburban train, four points above in the case of the subway, and one in use of the tram. Diego Vizcaíno, partner of Afi, blames this inequality between men and women to the unequal distribution of tasks. Women continue to be the ones who carry out the shortest transfers, being "household purchases", with 37%, the second reason they move after work. While the second reason for leaving men is "make personal arrangements" and the percentage of 32%. These shorter and more abundant displacements require some planning of the chosen environment and time. And in the case of women,

Among those who have children, the gender gap is even more evident. 40% of women report making daily trips to take and pick up children from school, while only 20% of men assume this responsibility. Therefore, women tend to be more accompanied on their trips.

However, this gap disappears among those under 35. Young people have internalized this awareness of women with the environment. And a higher percentage of this population would consider buying a vehicle electric: a 40% and 42% of women and young men, compared to 33% and 36% of the average women and men. "The role of caregivers that society has given us has allowed us to train what in the future will be a pattern", added Marieta Jiménez, president of ClosinGap. "We have served as an example of environmental awareness to young people."

What is the ASMR? The phenomenon on YouTube with videos that help you relax and sleep better