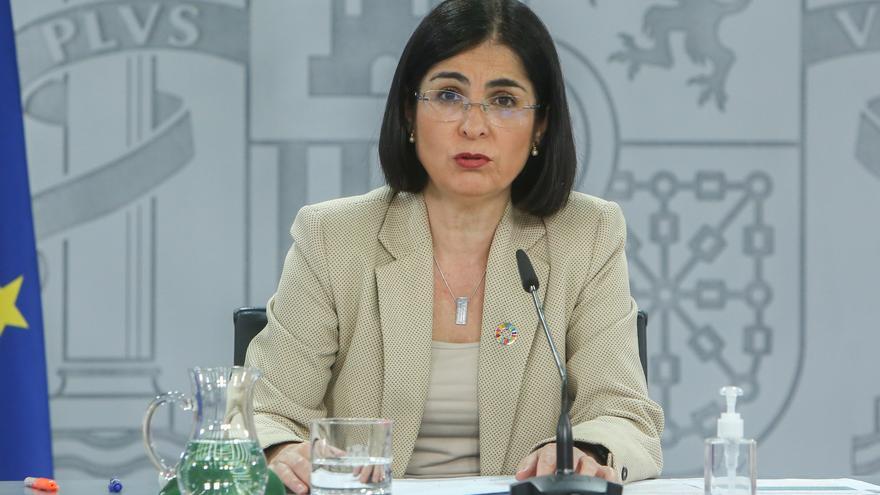 Spain will resume the administration of the Oxford / AstraZeneca COVID-19 vaccine after the opinion of the European Medicines Agency (EMA) that has endorsed this Thursday the safety of this serum after analyzing the cases of thrombi in people who had received this vaccine. The decision will be made official next Monday to restart the campaign on Tuesday. The Minister of Health, Carolina Darias, has called an urgent session of the Interterritorial Health Council to address this issue once the position of the EMA is known. “The vaccine is safe and effective,” the director of the European Agency, Emer Cooke, had said hours earlier.

Health wants vaccination to resume as of Tuesday. Before, they will meet the presentation of vaccines and the Public Health commission of the Interterritorial Council. The councilors will meet with the minister on Monday to formalize the reactivation, according to sources familiar with the debate. In addition, it has been decided that the technical data sheet of the vaccine contains indications on the deep vein thrombosis that concerned Health and to send a letter to the professionals about the symptoms they should take into account. It is also intended to consult with scientific and professional societies to inquire about which population and age groups should be the ones to restart vaccination with AstraZeneca, comment the same sources.

The Executive decided last Monday to suspend the application of doses of the Oxford / AstraZeneca vaccine for 15 days after Germany, Italy and France had made the same decision that same day. The measure was adopted after the detection of several cases of a rare thrombosis in European Union countries, one of them in Spain. The Minister of Health, Carolina Darias, then explained that a principle of “prudence” was applied until the EMA issued its opinion.

That report is the one that the Agency posted this thursday: “The vaccine is not associated with an increased general risk of blood clots in those who have received it,” they concluded. And they add: “There is no evidence that there are problems with any specific lot of this vaccine or in any manufacturing plant.” The EMA has indicated that “the vaccine may be associated with very rare cases” of the specific thrombi of which Minister Darias spoke. There are 23 cases “without a proven causal relationship, but a more prolonged analysis must be done.”

The chain reaction of countries stopping vaccination with AstraZeneca began last week with the detection of a few dozen cases of thrombi in people who had received the serum. Denmark activated the alarms and stopped the use of this vaccine. Iceland, Norway, Austria, Estonia joined … Italy identified a batch of vials to which they attributed the problem and isolated it.

In Spain, also last week, several autonomous communities either withdrew vials from this lot or paralyzed the administration. Asturias, Castilla y León, Andalusia, the Valencian Community or the Canary Islands were making similar decisions about the AstraZeneca vaccine that has gone from being the great hope of the imunity against COVID-19 for being a cheap serum and without great logistical requirements to accumulate suspicions.