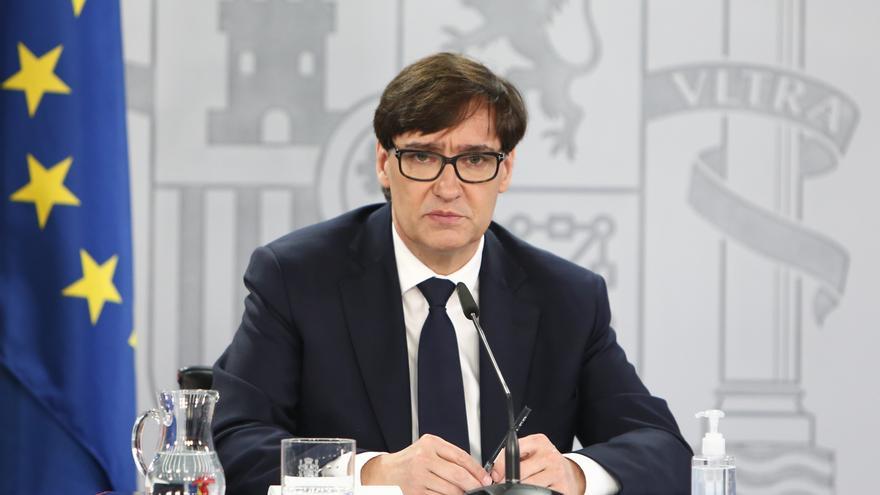 Spain will receive 4.5 million Pfizer vaccines against COVID-19 in the next 12 weeks to start the immunization plan. At the rate of 350,000 a week. The first roads will arrive in Guadalajara in Castilla-La Mancha next Saturday to start the first stage of the plan on Sunday, December 27 in all the autonomous communities. The Minister of Health, Salvador Illa, has given these data after an Interterritorial Health Council and has foreseen that with these remittances just over two million people “of the target population” that has been prioritized will be vaccinated.

Illa explained that the decision that this first shipment be distributed from Guadalajara will only apply this first weekend and that, in addition, this will make the first dose injected precisely in this town. Later, the vaccines will be sent directly to the communities “at the points that their governments have enabled” where they have to be applied. “The communities know how many they are going to receive,” said the minister, although without specifying the amounts.

The meeting also reiterated that this entire three-month calendar refers to the Pfizer / BIontech vaccine, which is the only one that has received authorization in the European Union. Similarly, the appointment of the European Medicines Agency is awaited on January 6 to review the file of Moderna’s serum.

The Council meeting took place four days before the immunization plan against COVID-19, which is coordinated with the countries of the European Union, starts. This plan has been accelerated after the decision of the European Medicines Agency to advance its meeting to study the Pfizer / Biontech vaccine to last Monday, December 21 (it was scheduled for December 29). Once the community technicians gave their approval, the European Commission granted authorization to the product. The expected 48-72 hours did not pass and last Monday afternoon the permit was announced by the President of the Commission, Urusula von der Leyen.

The vaccination plan in Spain was detailed a few days ago. It was already known that four priority groups had been drawn, but Health specified: the nursing homes and all their workers will be the first to receive the doses. Then the first-line health professionals will come, including those from the emergency services, COVID units, urgent medical transport, high-risk patient units or groups that handle viruses. Then the health workers who have contact with COVID-19 patients will arrive and the last priority group is that of large dependents (grade III).

Thus, on Sunday, the first doses will go to the socio-sanitary centers that were so hit in the first wave of the pandemic and are also receiving a relevant impact in this second. Its population has been revealed the most vulnerable to the disease.

Pfizer’s vaccine is the first to be licensed in the European Union, Great Britain and the US. Its application is “very complex”, as explained by health workers due to its presentation in ultra-frozen vials that require precise steps for its preparation and extraction of doses.