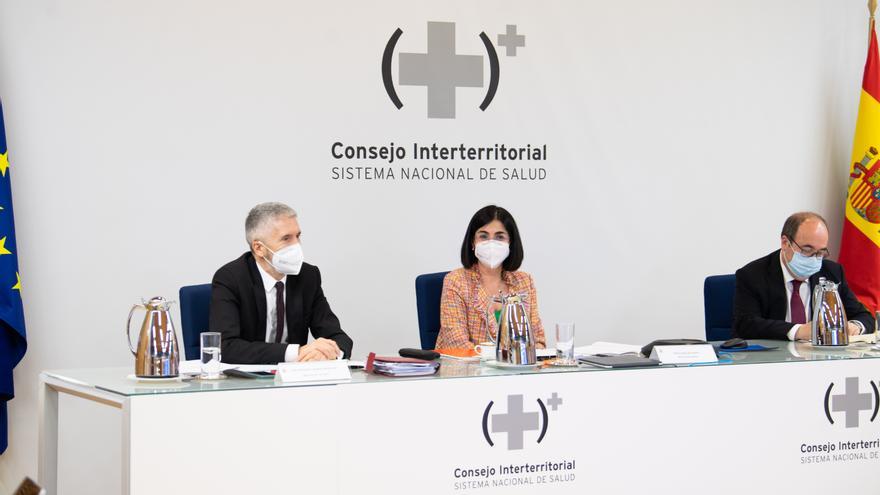 Spain does not add extra restrictions for Easter to the plan of common measures agreed two weeks ago by Health and the autonomous communities. In a context of increasing infections and, despite previous polls to the Interterritorial Health Council on Wednesday about limiting business hours to 8:00 p.m. from March 26 to April 9, this proposal has not appeared at the meeting.

The fear that a fourth wave of COVID-19 pandemic will arrive quickly has caused the Ministry of Health to explore the possibility of adding some new restriction for the days of Easter. The cumulative incidence at 14 days, which marks the intensity of infections among the population, has been on the rise for three consecutive days and stood this Wednesday above 130 cases per 100,000 inhabitants. In addition, the British variant of the virus, which has been shown to be more contagious, has gained ground and is the predominant one in several autonomous communities.

The hours prior to the Council have served so that several regional leaders of the PP warned that they were not for the work of restricting the opening hours of shops, bars or restaurants. The president of the Community of Madrid, Isabel Díaz Ayuso, has been very opposed to extending any type of restriction. Ayuso says that this is how “illegal parties” are encouraged and “the virus rises.” The president of Andalusia, Juan Manuel Moreno Bonilla, also warmed up the atmosphere hours before the Council criticizing a possible earlier closure of business: “It is not necessary right now that reduction of hours in the field of hotels, restaurants or non-essential activity”. Moreno Bonilla has offered as an argument that the incidence “is much lower” than that registered during “the peak of the third wave.” Another regional president of the PP, Fernando Mañueco, from Castilla y León, added shortly before the meeting between the Ministry and the communities that “you cannot improvise. There was a plan that seems to be changed now. We want common criteria for the autonomous communities to go adapting to our circumstances “.

What could not be touched beforehand was the night curfew. The State of Alarm decree establishes the hourly interval during which this movement restriction can be activated: the touch is possible from 22.00 hours. Modifying that schedule would require changing the State of Alarm decree as was evident with the attempt of the Government of Castilla y León to establish it at 8:00 p.m. last January and which was suspended a month later by the Supreme Court.

The Ministry of Health and the autonomous communities already agreed on March 10 on a common package of measures to try to avoid an explosive rebound in the pandemic both on the San José holiday bridge and during Holy Week. “A minimum agreement”, as the Minister of Health, Carolina Darias, has repeatedly insisted these days.

In that forum it was agreed that the common night curfew would be at 11:00 pm and that the meeting groups would have a maximum of six people in open public spaces and four in covered places. Meetings in closed private spaces, that is, in homes, were also limited to cohabitants.

In addition, this Interterritorial Council established the perimeter closure of the autonomous communities, except the Canary and Balearic Islands, to prevent displacement. The measure has ended up generating a general controversy since the entry of tourists from the European Union is allowed. The Executive has argued that the movement of people in the EU is still allowed and that those who arrive in Spain are subject to the same restrictions as residents. This same Wednesday, the President of the Government, Pedro Sánchez, had to answer questions about this matter in the parliamentary control session. Sánchez has repeated that only people with justified reasons should travel, despite the fact that tourist visits by citizens have become evident, for example, French to Madrid and hotels in the Balearic Islands have been prepared for the arrival of tourists, eminently German, to the following days.