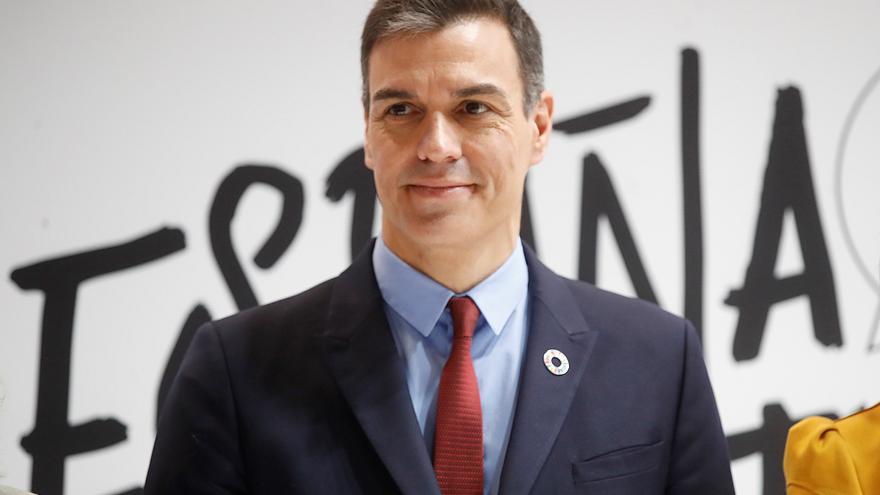 Spain will have the COVID certificate of the European Union as of July 1, a document that will allow vaccinated citizens, with a negative test or who have overcome the disease, travel throughout the national territory and the European Union. The President of the Government, Pedro Sánchez, has come to Fitur to present it, accompanied by the Minister of Industry, Reyes Maroto, and the Minister of Health, Carolina Darias. Citizens who do not have the certificate will be able to travel, but the process will be slower.

In addition, Sánchez has announced that as of June 7 “all vaccinated people are welcome in our country” as long as they can prove complete vaccination.

The president took advantage of the visit to announce that today the BOE publishes the order Through which UK citizens can enter Spain as of next Monday, May 24, even if their trip is not essential. Until now, and according to the order of July 17, 2020, non-essential travel from countries of the European Union and Schengen partners were restricted. The United Kingdom is the main source of foreign tourists to Spain and the sector is anxiously waiting for its government to remove Spain from the “red” list, which implies that tourists have to quarantine on their return.

In addition to the United Kingdom, citizens of Australia, Israel, Japan, New Zealand, Rwanda, Singapore, South Korea, Thailand, China and the administrative regions of Hong Kong and Macao are not listed.

The COVID certificate will be free and will be issued by the Autonomous Communities. As Minister Darias explained, “it is a simple and interoperable document”, a QR code that is passed through a reader so that travelers do not have “to undergo any waiting or control.”

“It represents a true milestone in European cooperation,” said Darias. “Spain will be one of the first countries that can open its borders.” The Government is already working to issue the certificates to Spanish citizens and to accept those of other citizens, collaborating with AENA and Puertos del Estado to define the necessary systems.

The certificate comes after hard work within the European Union. The European Parliament, the European Commission and the presidency of the EU council reached an agreement on Thursday. The European Union recommended that governments avoid “imposing additional restrictions, such as PCR and quarantine” on people with full vaccination, “unless it is necessary and provided” by the epidemiological situation of the country.

Member states must accept vaccination certificates issued in other member states for people who have been vaccinated with the vaccines authorized by the EMA: Pfizer, Moderna, AstraZeneca and Janssen. In addition, Europe has committed to mobilizing € 100 million to make PCRs more affordable.

The Minister of Industry, Reyes Maroto, has also presented the “Travel Safe” platform. It is a portal accessible from Spain.info and accessible in nine languages. To date, it has received more than 2 million visits and there are 50 associated entities. Potential tourists can access information on how to travel safely and download guides. The website groups travel requirements, entry and exit from the country of origin, return requirements, current restrictions in the autonomous communities.

“This will not only give security to our tourists, but also facilitates the task of coordination,” the Ministry has stressed. The Government expects that by the end of 2021 Spain will have recovered between 60% and 70% of international tourism.