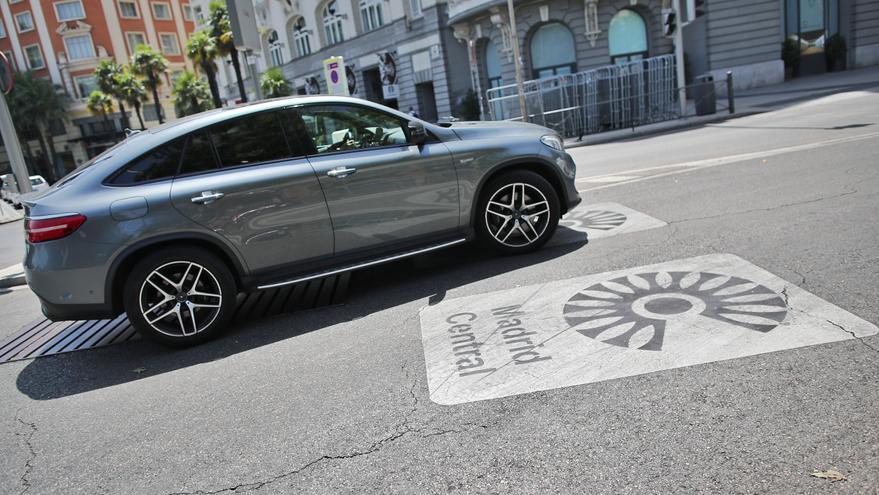 The Government will dedicate 2,916 million euros of European funds to create low-emission zones in municipalities with more than 50,000 inhabitants and provincial capitals. It is almost half – 44% – of the planned investment in sustainable mobility in urban environments, which amounts to 6,536 million euros according to the document published this Wednesday by Moncloa. Of these, 2,000 million will go to the installation of recharging points and the acquisition of electric vehicles and another 1,620 to improve the Cercanías service (stations, roads, information systems …).

The obligation to create low-emission zones, such as Madrid Central or its Barcelona counterpart, is included in the Climate Change Law, approved on April 8 in Congress. There are 149 municipalities that fall under the rule and that must comply with it before 2023. It is precisely to accelerate its implementation that resources from Europe will be dedicated. The Government does not rule out extending aid to municipalities with 20,000 inhabitants that have public transport.

The 2,916 million will be channeled through subsidies of between 20% and 100% to Autonomous Communities (900 million), Town Councils (1,500 million) and companies (400 million), although “the same project could bring together actions from different sublines “. The document that the Government has sent to Brussels cites as an example a City Council requesting aid to build a bike lane, buy electric buses and create an information app.

Some actions of the communities that may receive subsidies are: measures that prioritize collective public transport, dissuasive car parks (outside the LEZ, but that ‘dissuade’ traffic towards it), improvements in bus stations, subways and regional railways (The Cercanías are state-owned), pedestrian routes and digitization projects (such as apps that allow you to pay).

For their part, municipalities may request subsidies to create their ZBE from scratch (including consulting), for which access control systems, management systems (to control which cars are authorized and issue fines), signaling and quality sensors are needed. from air. They will also be able to finance projects that “promote” healthy mobility, namely: exclusive lanes for public transport, bike lanes, pedestrianization and creation of superblocks, general accessibility improvements, safe parking for bicycles or hubs distribution of goods, among others. And they will be eligible for grants to change their bus fleets to electric, hydrogen or hybrid.

With regard to companies, the plan reserves 400 million euros for passenger transport companies, excluding municipally-owned companies, and for trucks that want to renew their fleets, with a line of aid for scrapping included. And a small game of 105 million to the improvement of state roads located in urban environments.

The Government intends that by the end of 2025 there will be at least 100 urban areas that have benefited from this aid, although the execution of the bulk of the budget must be carried out between 2021 and 2023. The coordination will be done by the Ministry of Transport and Mobility, which in parallel prepares the Sustainable Mobility Law (one of the objectives of the legislature, prior to the pandemic and European funds) and manager of another large package of European funds, dedicated to the rehabilitation of housing, for which a public investment is planned of 6,820 million euros.